[AP] - The Power Five conference commissioners are asking Congress to move forward with federal legislation regarding compensation for college athletes.

They encouraged federal lawmakers to not wait for the NCAA process to play out before passing a national law that would set parameters for college athletes to be compensated for use of their names, images and likenesses.

Hey look, people within college athletics trying to make a move without waiting for the NCAA. Makes sense! It's actually not a bad idea here. We know there are states passing NIL bills and we also know how the NCAA fucks around and takes forever to get things done. Again, I'm not quite sure what the NCAA is waiting for or why we need to get laws involved here.

What I am curious about is say this gets passed. The Power 5 commissioners say they are the ones that are worth the most - not wrong. But let's take college hoops for instance. What about the Big East? That's a power conference. What about schools like Gonzaga, Wichita State, Cincinnati, etc. If this goes through and congress passes a bill dedicated only to the power 5 schools could that be a thing?

Now at the same time, they are still asking for guide rails, which I hate.

“First, those who participate in collegiate athletics are students, not employees. A critical aspect of the college model has been and remains that student-athletes are not paid for playing sports,” the commissioners wrote.

The commissioners said payments should come from third parties, not, universities, and boosters must be kept out of the recruiting process — two points the NCAA recommendations also stressed.

I actually agree that payments shouldn't come from universities. I agree 100% that a scholarship is good enough payment from the school. But who gives a shit if boosters are giving money for NIL? Do we honestly think recruiting is going to change how it is now? No, the best programs are still going to get the best players. Not only that but it's going to lead to even more investigations and even more confusing investigations into determining where this money is coming from and how it's going to be watched. Just open it up and let these guys and gals make money based on what people want to pay them.

Either way good for the Power 5 commissioners to say fuck waiting around for the NCAA. Yes, it benefits them to be protected, no doubt about it. But it's at least a step forward in letting college athletes make money on their own name, image and likeness, which honestly isn't that much to ask for.

PS: Bob Bowlsby has the signature of a crazy person 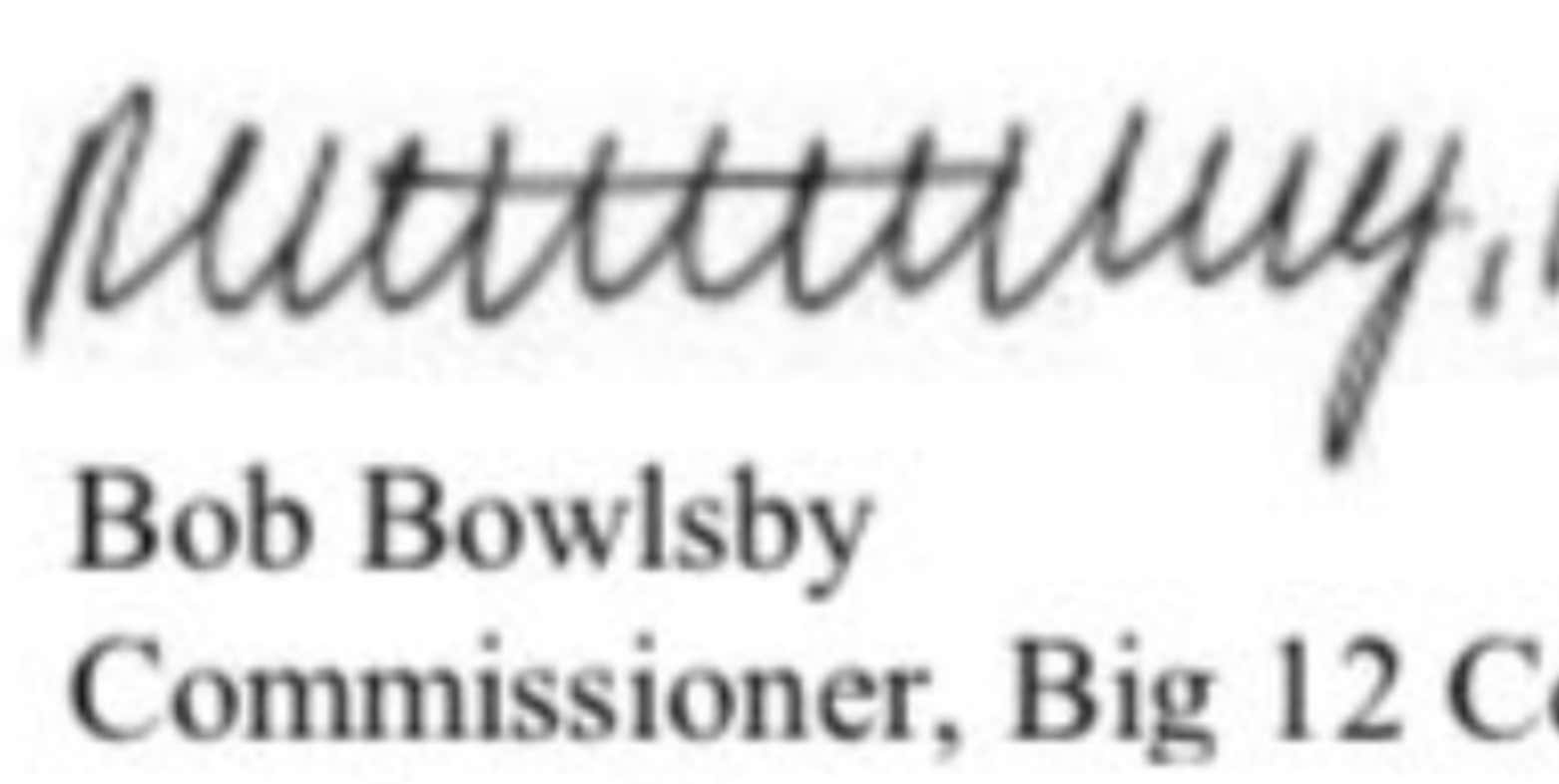