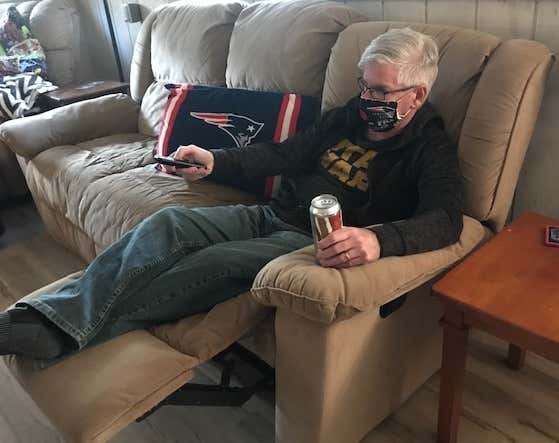 Note: I get that everyone is doing some sort of review of stay-at-home entertainment. Every new release that hits streaming services gets vivisected and analyzed by a million different sources. And that's great. I'm a big consumer of movie and TV reviews and sincerely enjoy the hell out of "Lights, Camera, Pod" content. But as the resident Boomer around here, I just feel like occasionally adding reviews of stuff that either I grew up on, movies that predate me but that I've recently discovered during quarantine, or things that are merely old movie-adjacent, like reboots and film documentaries. Which is exactly where I'm going with this first one, which came out in the last couple of weeks.

If you're not familiar with the 21-year-old movie upon which "Never Surrender" is based, I take pity on your soul. I'm spoiling nothing here because it's right in the documentary's title card, but David Mamet, one of the greatest playwrights in American history, was asked to name four perfect films. "Galaxy Quest" was one of them.

It was a landmark movie in that it was the first one to genuinely show respect to the sorts of fan bases that have been keeping film and TV franchises in operation for generations. And you can count me among the people who think it's the second best "Star Trek" movie ever made, despite the fact it's not actually a "Star Trek" movie. The elevator pitch is that the stars of an old TV Sci-Fi series called "Galaxy Quest" are subjected to a life of going to fan conventions, signing autographs and having to fend off nerds who want to ask them the same questions and repeat the same dialogue they've been living off of since the show was canceled. Then they get drafted by an alien race who've been watching the show and think it's real, and need these actors to help them save their planet. it works as a comedy, but there's serious action sequences and moments of peril and at least one scene that will break your heart in two.

I have one general rule for all documentaries: Show, don't just tell. Interviews are great. But if you're talking about, for instance, a band and don't show them in concert or play their songs, I'm clicking that off in the first 10 minutes. "Never Surrender" tells the story of the unlikely making of "Galaxy Quest" with all the relevant clips. But with interviews from the entire cast - except for Alan Rickman, RIP - plus "Star Trek" alums like Brett Spiner and Wil Wheaton, who talk about what the movie meant to the actors who actually lived that life. Plus real Sci-Fi fans who go to conventions in the costumes of the characters in a fictional show-within-a-movie, and the positive affect "GQ" had on nerd culture and gave it mainstream respect at a time when it was still just a punchline.

It's one of those rare Hollywood success stories, where nobody had a vision for the project, one of the biggest comedy directors of all time (no spoiler) bailed on it because he thought Tim Allen was all wrong for the captain, and the project ended up in the hands of a screenwriter and a director who got what it was supposed be be all about. Who discovered what the heart of it was and made something brilliant and enduring.

The OK Boomer Grade: A