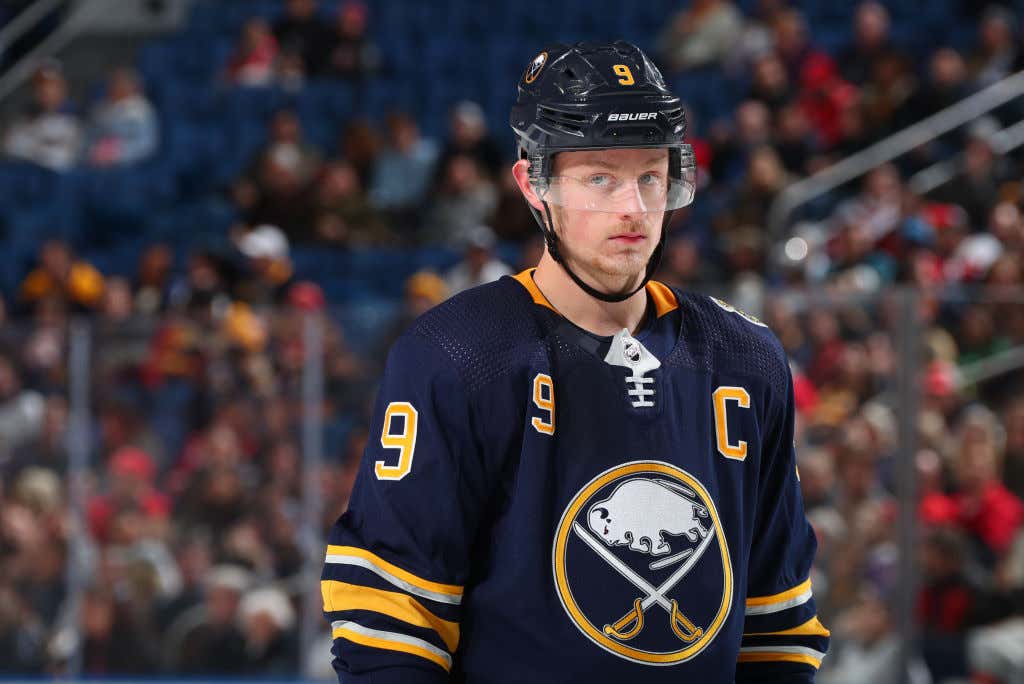 24 teams still have a chance of being crowned 2020 Stanley Cup Champions. The Buffalo Sabres are not one of those teams. The Buffalo Sabres haven't been one of those teams in about a decade. 9 straight years with their season ending in that first week of April, and this year ending unexpectedly in the middle of March. They've had back-to-back 2nd overall picks in the 2014 and 2015 drafts. They had the 1st overall pick in 2018. They've picked in the top 10 in 2016, 2017 and 2019. They've had coaching changes. They've had GM changes. And in a shortened season when 8 extra teams advance to the "playoffs", they're watching at home.

So I get it. I'd be pretty frustrated, too, if I was in that situation. But for the love of god, man, the Buffalo Sabres are bumming the shit out of me with some of these quotes from the past couple of days.

We'll start off with Eichel, who honestly should be allowed to sue the Buffalo Sabres upper-management at this point for wasting so much of his career.

5 years down the drain. 5 years for nothing. Hasn't even sniffed the playoffs once. 7th, 8th, 8th, 6th, 6th. That's where the Sabres have finished in the division every year of the Eichel Era so far. I'm telling you that I would lawyer up if I were him. There has to be something you can send the Sabres to jail for and make them pay for all of that.

Jack Eichel talking about the playoffs…

And what sucks so much for Jack Eichel is that he knows he's trapped there. He knows there's nothing he can do or say that will end up getting him shipped out of Buffalo. If you actually listen to the quotes, you can hear that resignation in his voice. Whereas a guy like Rasmus Ristolainen knows that all he has to do is press the right buttons and say the right combination of words to get him out of there as quickly as possible.

Say you don't know what a winning culture looks like so the organization can't have faith in you creating one in Buffalo? Check.

Create the narrative yourself that you're probably going to get traded? Check.

Take an unbelievable dig at the organization? CHECK MATE.

What a line from Risto. "We've been saying the bright future for 7 years now when I've been here and I'm not sure when is it".

Really just digging away at the team there. And you can tell by the look on his face that he knew exactly what he was doing there.

But yeah. This team is just bumming me out and I doubt it'll change anytime soon. So the least they can do is show some sign of having a heart and let these guys go. The NHL needs Playoff Eichel. The fate of the sport depends on it, and if it couldn't happen in Buffalo with a 24-team playoff then that's about that.