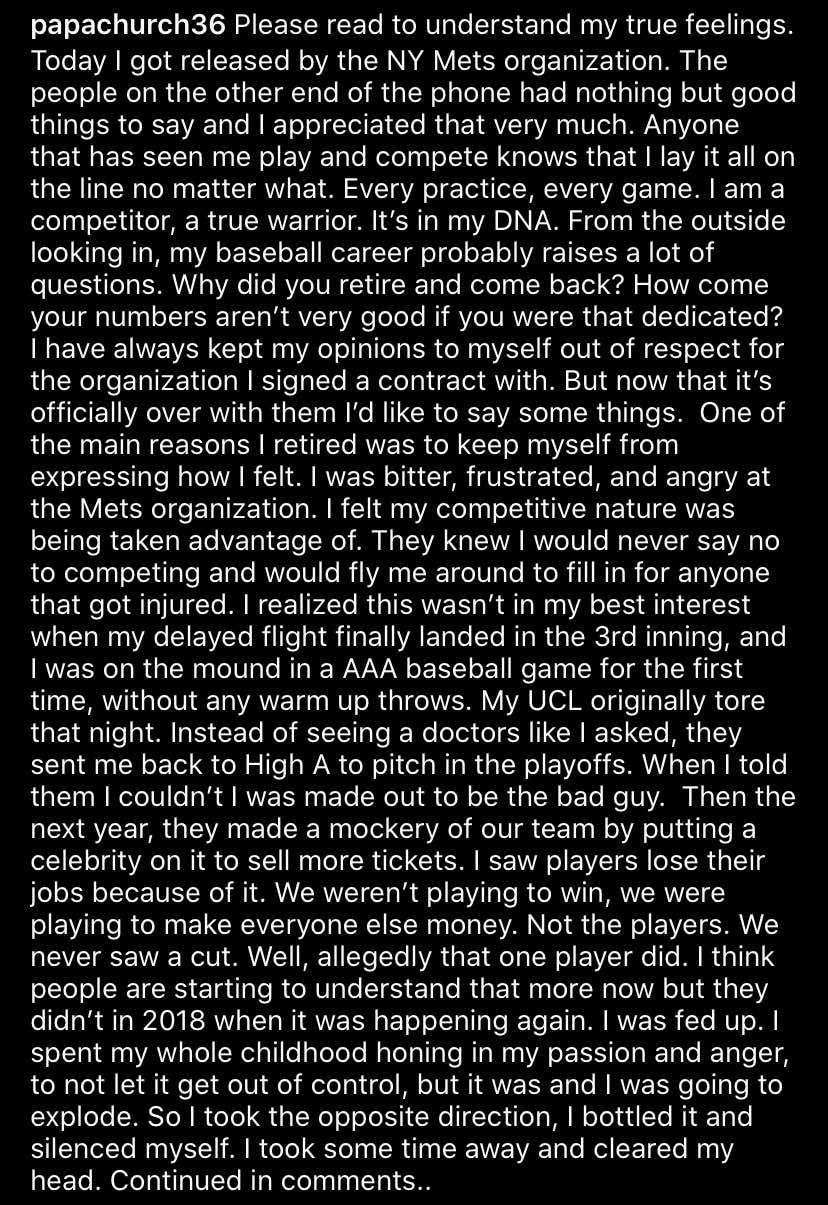 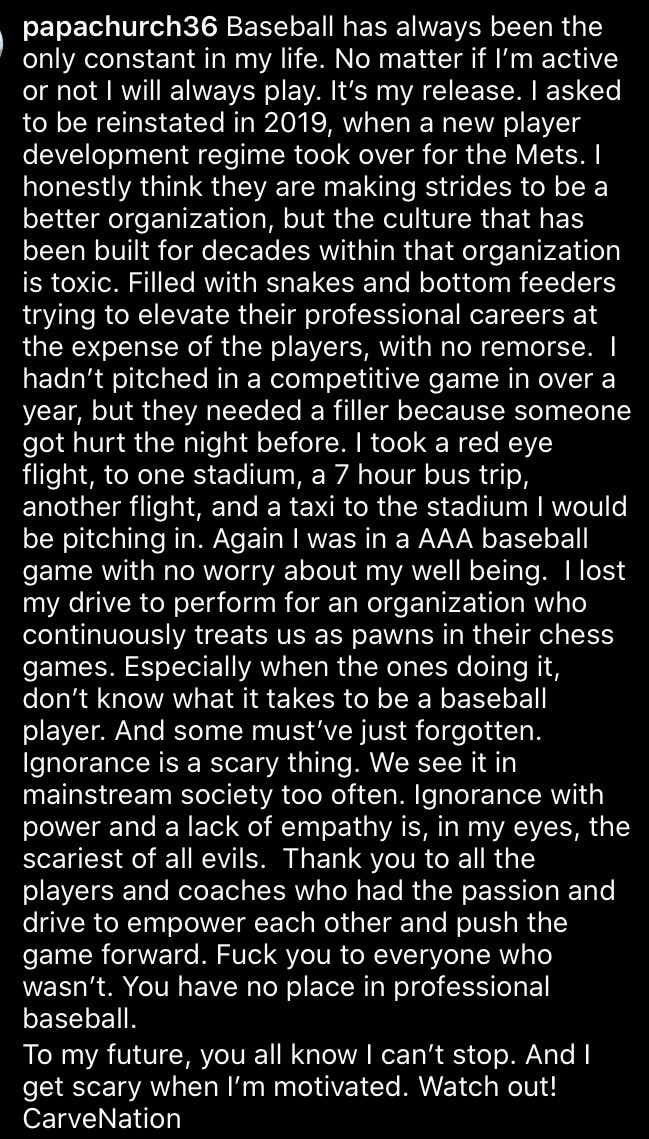 I know you can say that these sound like the words of someone with an axe to grind for the company that just let him go during tough times or a minor leaguer upset at falling short of his lifelong dream. But I see them as confirmation of everything we have heard about the Mets ever since the Wilpons took over the team, in particular Jeff. An absolute clownshoe operation from the top down that has mismanaged players health, roster spots, and even the most basic things like travel. I get that crazy shit happens during a baseball season where thousands of games played by thousands of players on all different levels around the country. But this statement from Andrew Church lines up with everything we've heard about the Mets under Jeff Wilpon for years that has been covered in great detail in this post that we were mentioning pretty much weekly on We Gotta Believe last season.

As for the clear insinuation about the Tim Tebow move being hated by everyone in the clubhouse, I get it. I liked Tebow being in the Mets system because it was good for #content and I always thought there was an outside chance the real God would stop the Baseball Gods from buttfucking the Mets every chance they got. But if you had to watch a guy who batted .223 for his career continue to rise up the system and take roster spots from guys who outperformed him, it would probably drive you nuts just as much as seeing someone in your company get a promotion that nobody thought they earned. That pisses EVERYBODY off and makes your company weaker because not only do you have people in roles they aren't qualified for but it completely throws out the notion that performance gets rewarded.

I would call out Rob Manfred for allowing this Wilpon nonsense to continue after taking the baton from the Wilpons' pal Bud Selig by not doing whatever was necessary to get an adult like Uncle Stevie Cohen in charge. But Manfred is too busy running the only major American sports league whose owners don't seem to want to return to playing during a fucking pandemic where everyone is looking for a distraction from the nonstop tidal wave of bad news and layoffs. Fuck him, fuck the owners that have allowed this charade this continue, but most of all fuck the Wilpons who deserve every ounce of shit they will eat this year no matter how many minor leaguers they cut to save a few bucks.

Best of luck to Andrew Church in whatever profession he chooses next. I can only hope the next company he works for is less of an embarrassment than the one he previously worked for, even though that is admittedly a comically low bar to clear.