Free P - Detroit Red Wings forward Drew Miller rushed off the ice minutes into Tuesday’s game against the Ottawa Senators at Joe Louis Arena after being struck by a skate in the face. Miller suffered two lacerations around his right eye, but the team announced there was no damage to the eye itself. “It’s a scary moment, for sure,” Niklas Kronwall said. “But at the same time, we all found out fairly quickly that he was going to be OK. 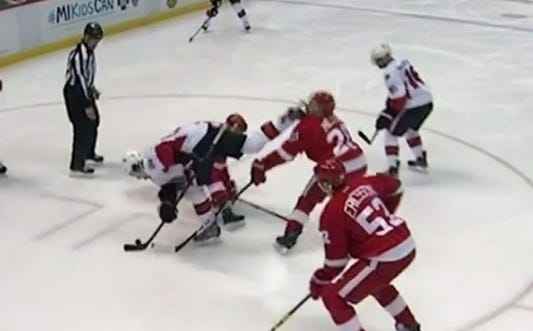 Kinda gross but not too bad pic ahead: 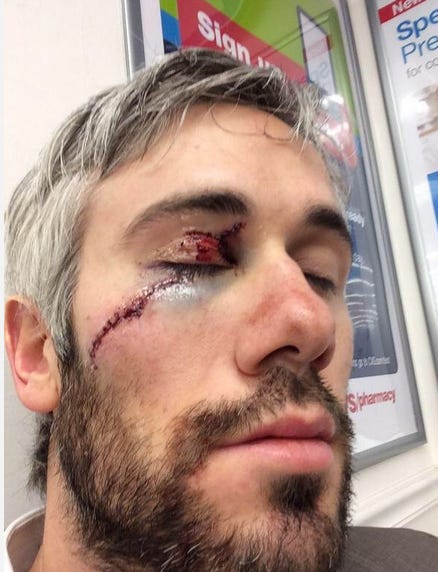 Yikes! Man is he lucky. Skate across the eye and it’s a-ok. Sight is fine, eyeball is fine, scar is DOPE. Wish I could get a scar that cool. Only bad thing is think about how bad that scar is going to itch. That’s scarier than the injury. Scars are so fucking itchy man. But man, glad he’s ok. Fucking sucks when a guy takes a skate to the face. Happens a couple times a year and it’s brutal. Unless they start wearing full cages, which stink, it’s going to continue to happen. But if you wanted to wear a full cage, you wouldn’t play in the NHL. I’d lose an eyeball to play in the NHL. Pretty fair trade imo.