It happens in a flash. One second, you’re riding high, living out your dream job, talking about the best techniques to either please a professional athlete or to dissect your 24lb. Maine Coon, Seth, but it all ends the same way. In a messy wad.

Not all Podcasts are meant to last. For every PMT, there’s a flip side of the coin. It’s a tale as old as time, a ticking time bomb of two sex icons. A brunette and their taller, leggy partner. With hoards of fans fawning over them, observing over their every move under a microscope, it's no wonder that the podcasters behind the hit show, A New Untold Story, were destined for disaster.

Will ANUS fissure? Can just one of us carry on the show solo as a semi-colon, or will they just end up half-assing it?

Has the inevitable falling out happened yet? No, not even close. But history is known to repeat itself, and if last week's events have proven anything, it's bound to happen again.

The warning signs and the parallels between the two successful shows are there.

It's not expected, nor realistic to think that both halves of a Podcast duo are supposed to each do 50% of the work. I am perfectly content with doing our shows editing. Unfortunately I'm not a miracle worker, and cannot spend hours upon hours of retroactively CGI-ing out your self-deemed "Marianas Trench of testicular camel toe". Upon hearing this, my partner refused to record an other episode until this footage was destroyed forever. 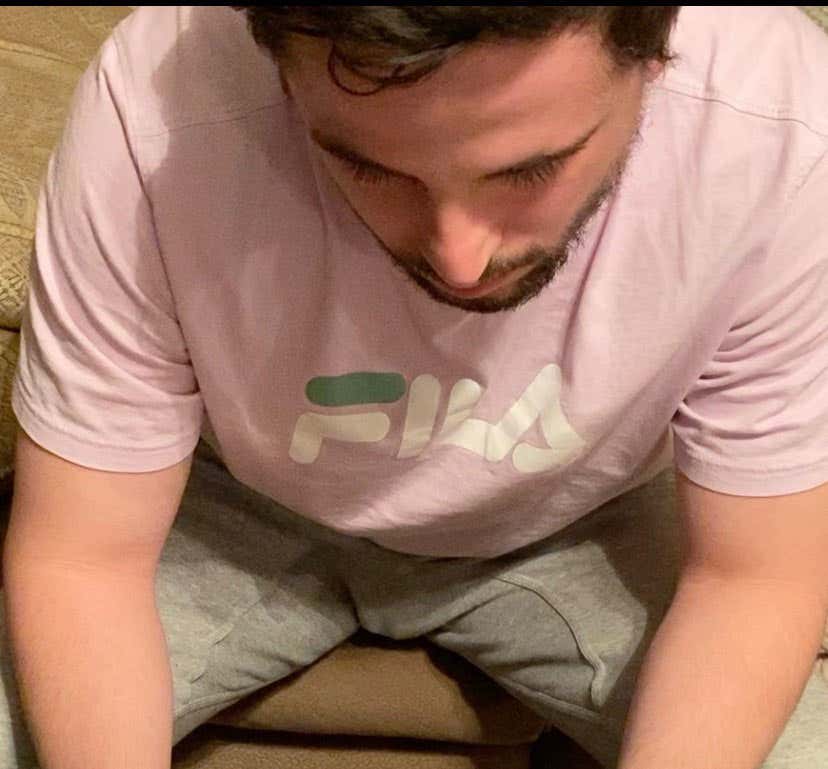 Another of my many responsibilities is running the ANUSpod instagram account. As a way to connect with our diehard fans, deemed "Polyps", I try to post as much raw, unedited footage as possible. A side effect of that, is the influx of cruel comments about physical features Kyle we cannot control, or playing favorites by liking me, or our fictional intern, Troy, over KB. 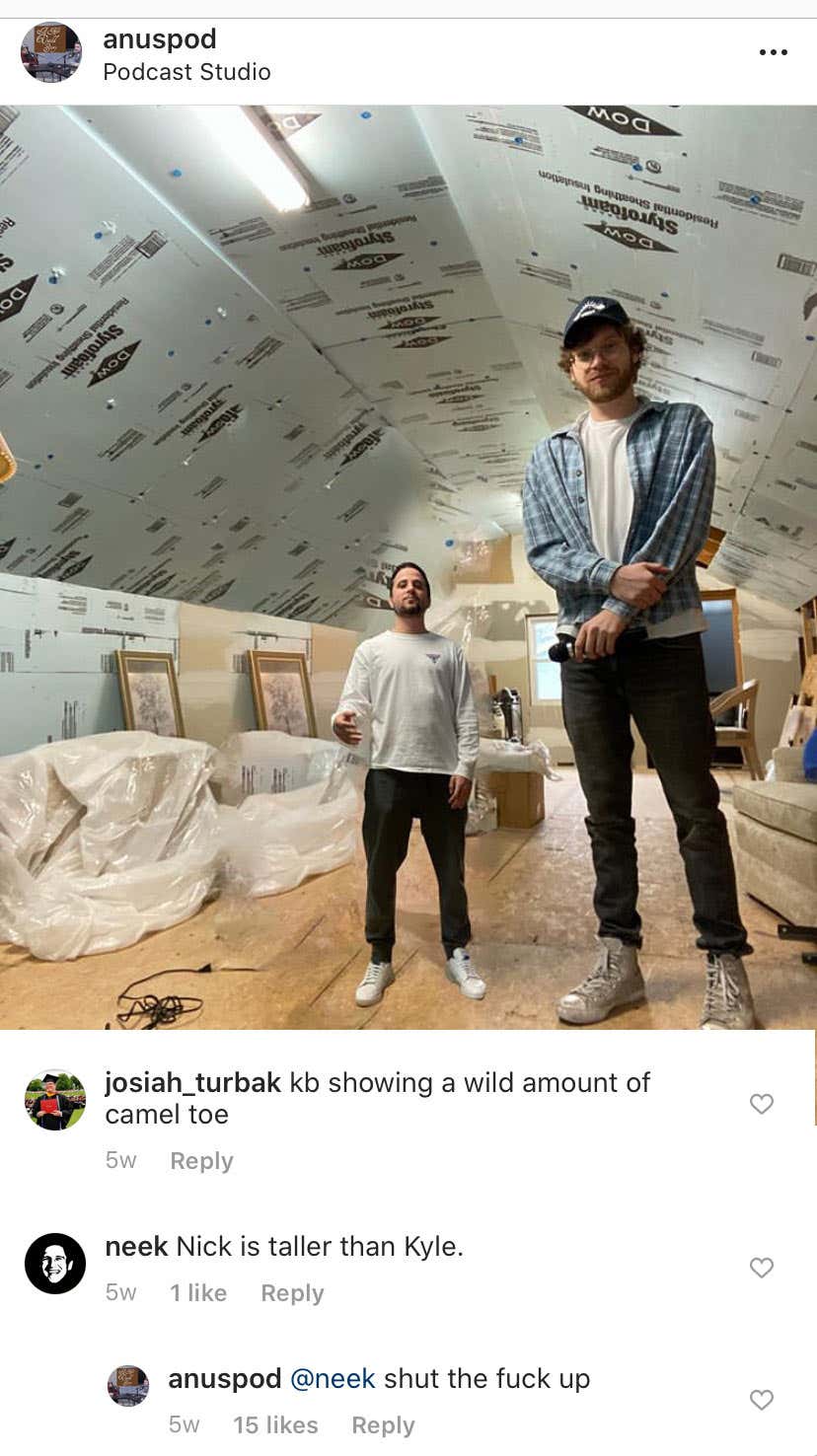 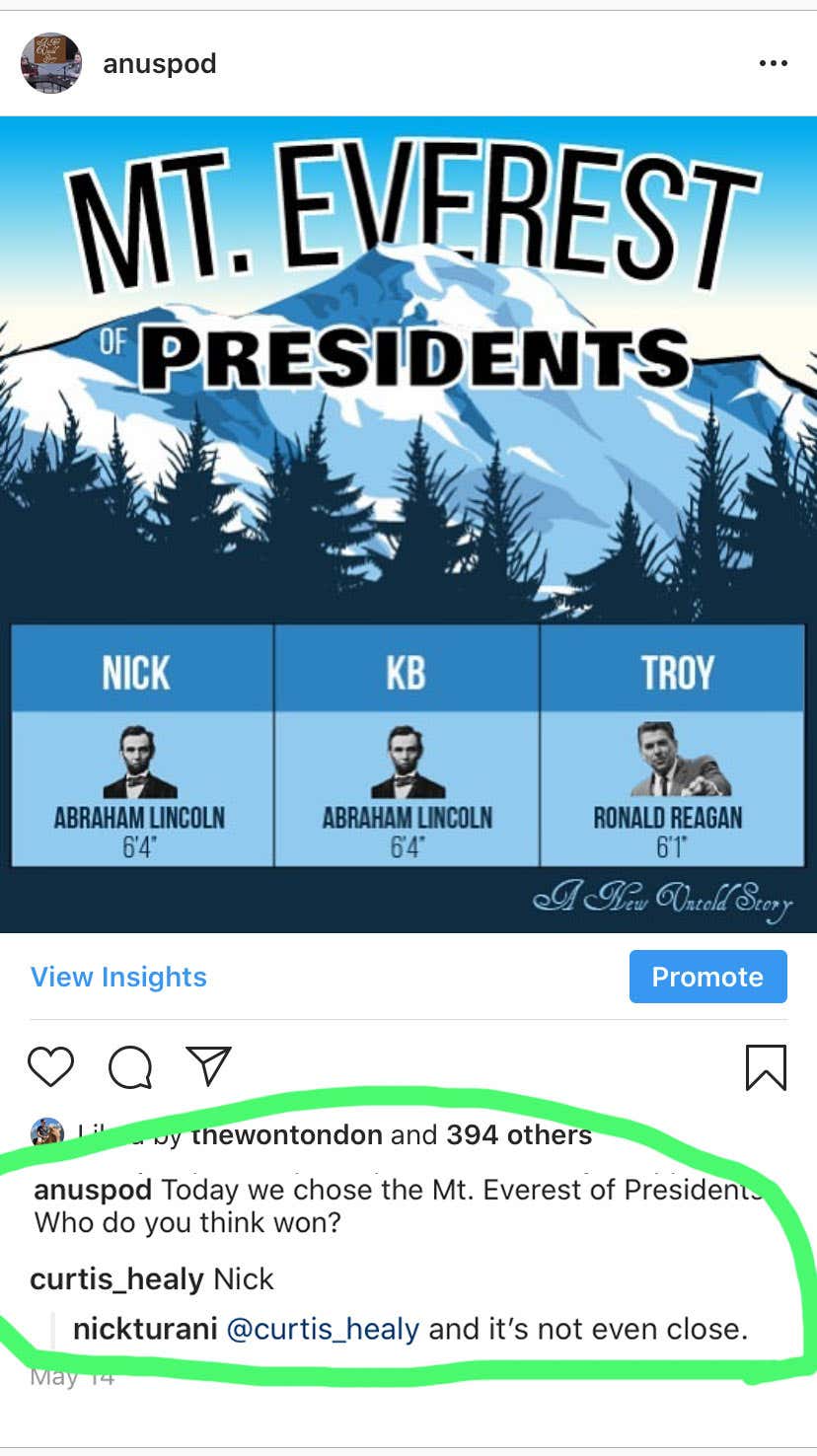 Can we delete these cruel quips? Sure. But I, unlike my partner, refuse to censor our loyal followers. Unfortunately, I was not alone in having the instagram password, giving my cohort the ability to retaliate, and creating an unhealthy rift from ANUS to Polyp.

In what feels like just a few months ago, when episode 1 was released on all streaming services, there was no time spent as basement dwellers on the rankings. Shooting up to the 108th ranked Alternative Education Podcast, right above their very own coworkers podcast, "Brandon Talker", a show of just Brandon stumbling through a Hooked on Phonics cassette.

Much like Icarus, we may have flown far too close to the sun, melting our wax wings and dreams of a Roman wipes sponsorship along with it.

Like collapsed podcasts before us, there is always a citation of chemistry in the explanation. Chemistry may be the most crucial aspect to any successful pods. Luckily KB and I had that in spades. Unluckily, KB and I were looking at two different definitions of chemistry. 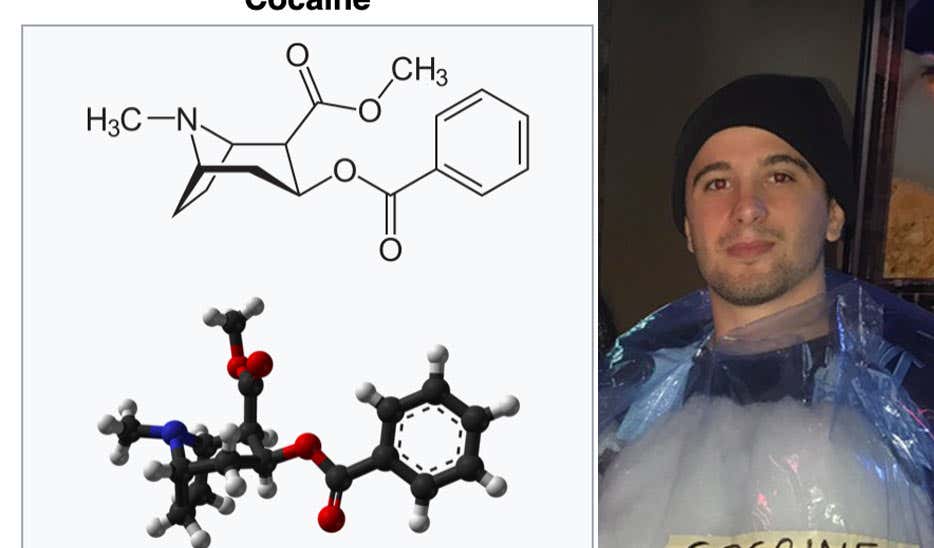 Whether it's a pupillary distance challenged man in a suit, or a woman described as "A One Woman Fyre Fest", theres always a Yoko that'll make the more grounded member of the group say O no.

For us, it was Caroline Calloway, a seemingly innocent girl human being, coming between our ANUS, flirting with KB unashamed and publicly. 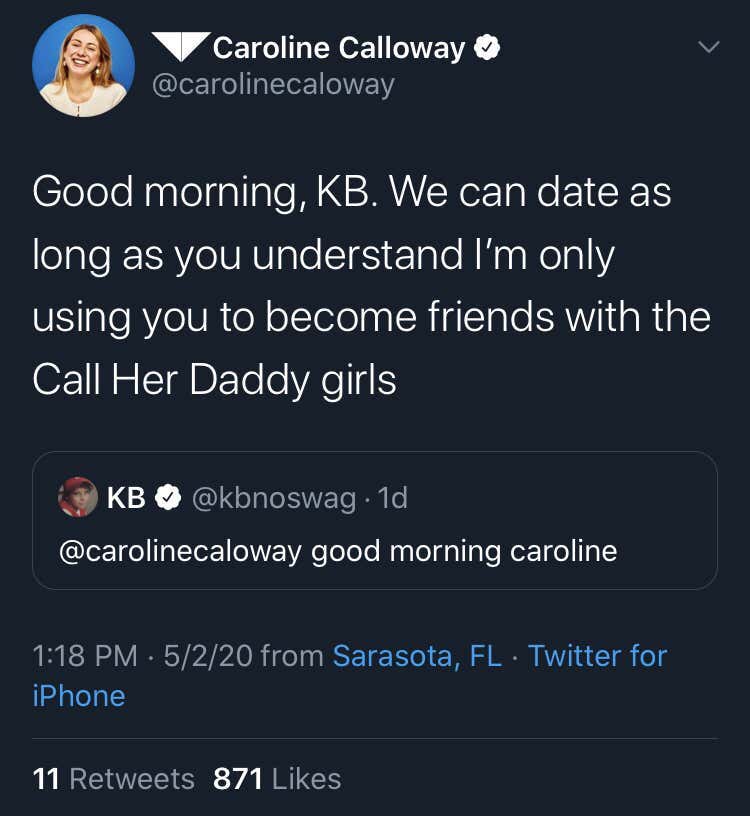 While the public may have just seemed harmless flirting between an internet slut and Caroline Calloway, I saw the behind the scenes.

One instance in particular was before our biggest interview to date, with Simon Birch star, Ian Michael Smith. Our call was set for 7:30pm, and at 7:28 I glance behind me to see KB in a screaming match with Caroline, presumedly about her tasteful full frontal nude pinned on her Twitter profile.

I was near my breaking point.

Now does this mean ANUS is completely ripped in half? No, but much like exhibitionist in the Ben and Jerry factory, we are fucking on a rocky road here.

As of right now, ANUS Episode 121 is set for release, but who knows.