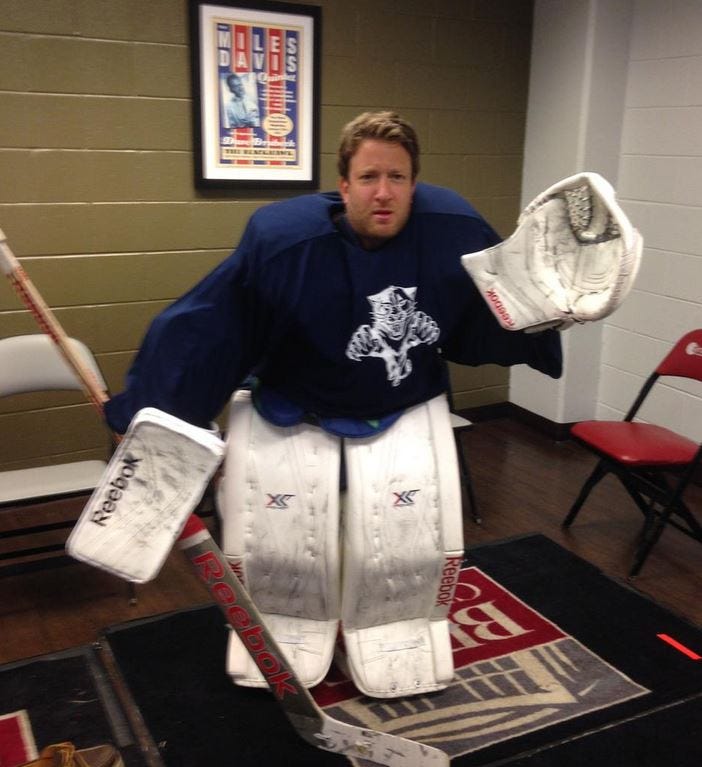 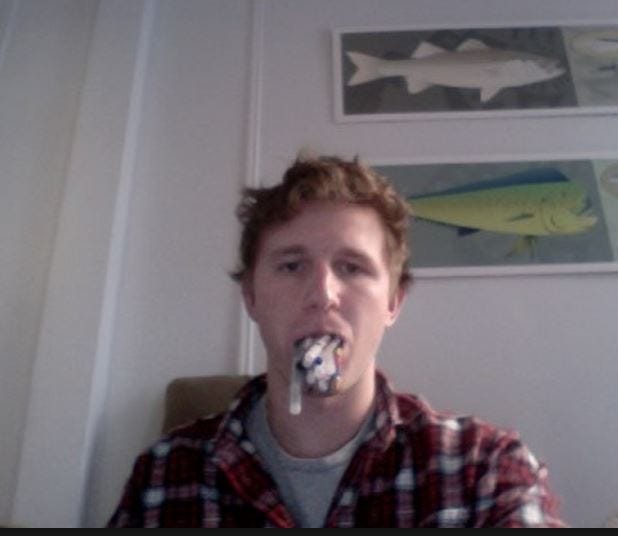 So one of Lady Feitleberg’s ongoing schticks at Barstool is that he was some big swinging dick club hockey player at FSU.   (Insert the laugh track here)   As a result he’s been invited to play in the Bruins alumni hockey game for the 2nd year in a row and he wanted to get some practice in.  He asked if I wanted to throw on the pads for a shootout.  Hey Feitleberg nobody told you that I’m loco ese?   Like I don’t play goalie vs. chumps.  I just shut out the hottest goal scorer in the NHL.  That’s the National Hockey League.   I’m talking Brandon Pirri.   So yeah I’ll play net vs. you Feitlberg.  Let you get your rocks off playing hockey vs. a real goalie.   But as a warning this isn’t no soft ass FSU club shit.  You come in my crease and I’ll bury you.    I say he scores maybe 2 out of 10 breakaways.  Maybe 0.  But I’ll tell you this if you score more than 4 I’ll donate 500 to your precious little Boys and Girls Charity.