Before we dive in, we first have to tip our cap to Marina for her memorabilia collection which was the inspiration for this blog. That shit right there is the gold standard. Something tells me there's more where that came from that couldn't fit in her NY apartment. It then made me think of all the shit I have in my house, what is my most prized possession? Even if over the years you've had to get rid of some stuff, we all have one or two pieces that will be with us for the rest of our lives. Doesn't have to be something signed by a player, maybe it's a gift you were given as a kid and it has a bunch of sentimental value. Point is we all have something. Given that this quarantine has led to some housecleaning just so there was something to do, I narrowed down my shit to a top 3. 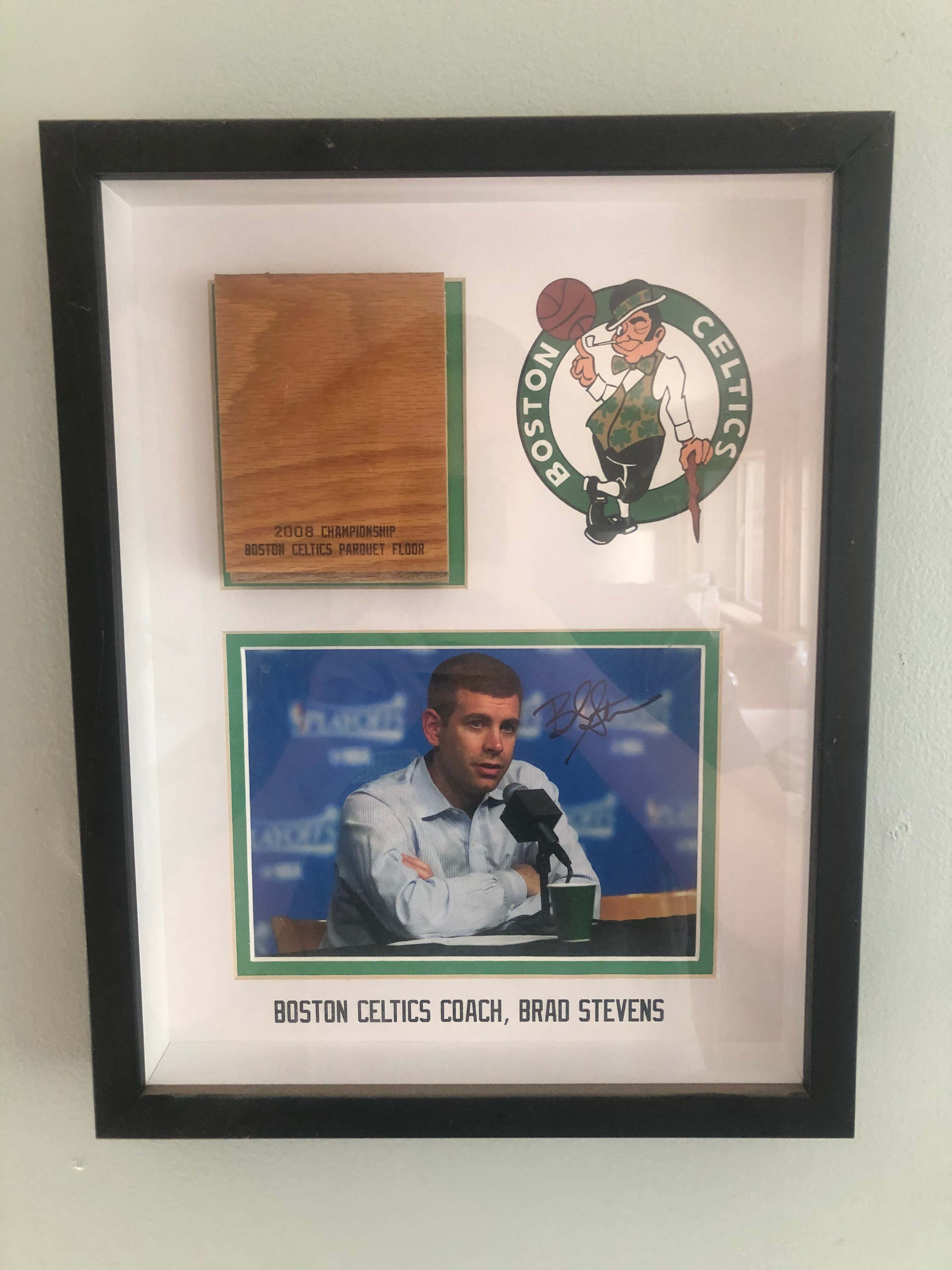 I have this bad boy right above the blogging station so I can feel Brad's presence at all times. I have no way of verifying that this was actually a real piece of the floor from 2008 but I'm choosing to believe. That'd be pretty shitty if it wasn't, but the signed Brad picture is enough to have this in my top 3. What a handsome fella that you just do not want to disappoint. 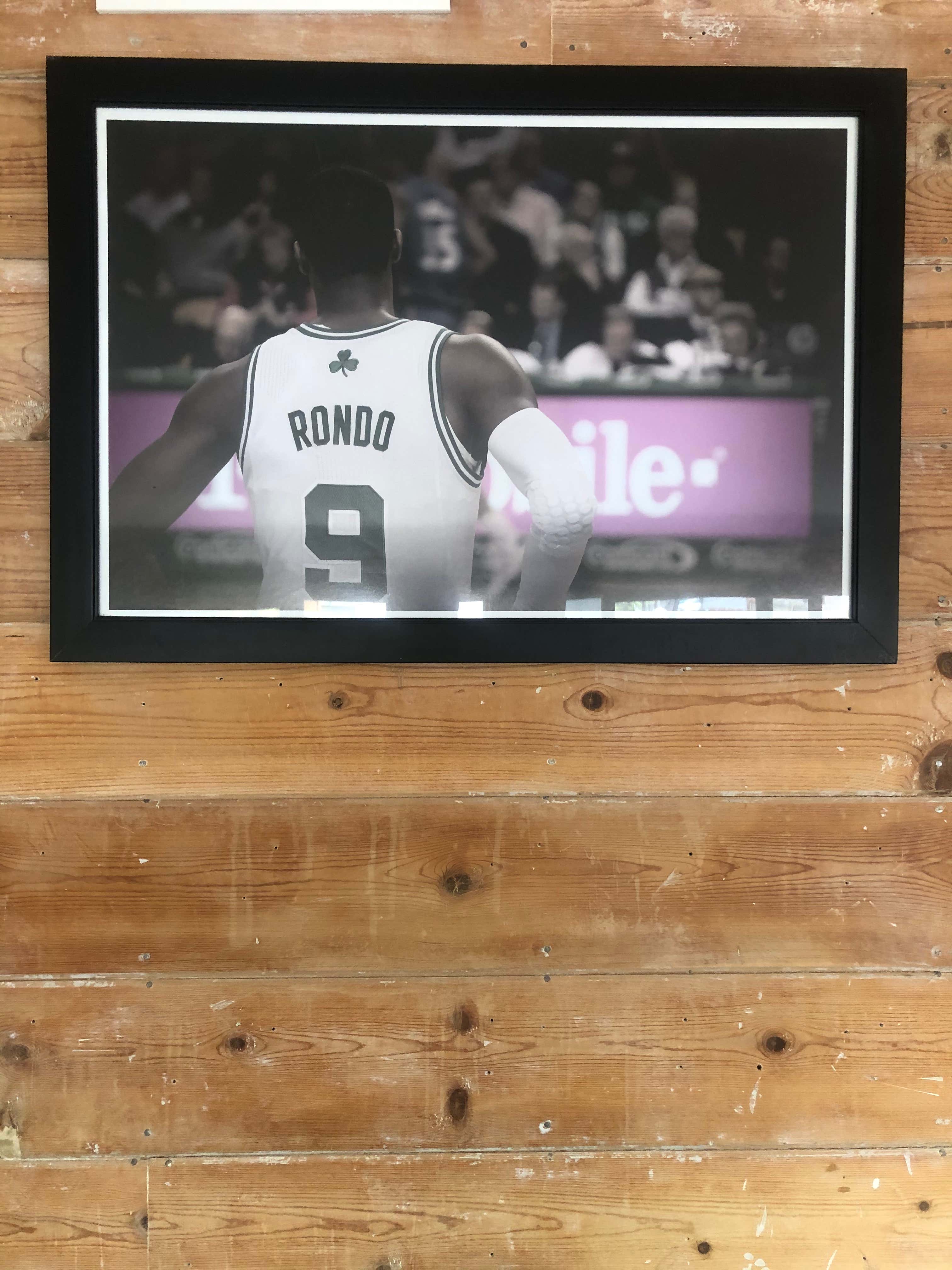 Out of all the things hanging in my house/office, this is by far my favorite picture. Little backstory my girlfriend took this picture when we were at a game way back in 2011 and had this made for my birthday. Rondo of course is one of my all time favorite Celtics and I just think it's a really sweet photo. He led the league in assists that season and was a monster during that 2012 playoff run where he averaged 17.3/6.7/11.9 on 46.8% shooting. 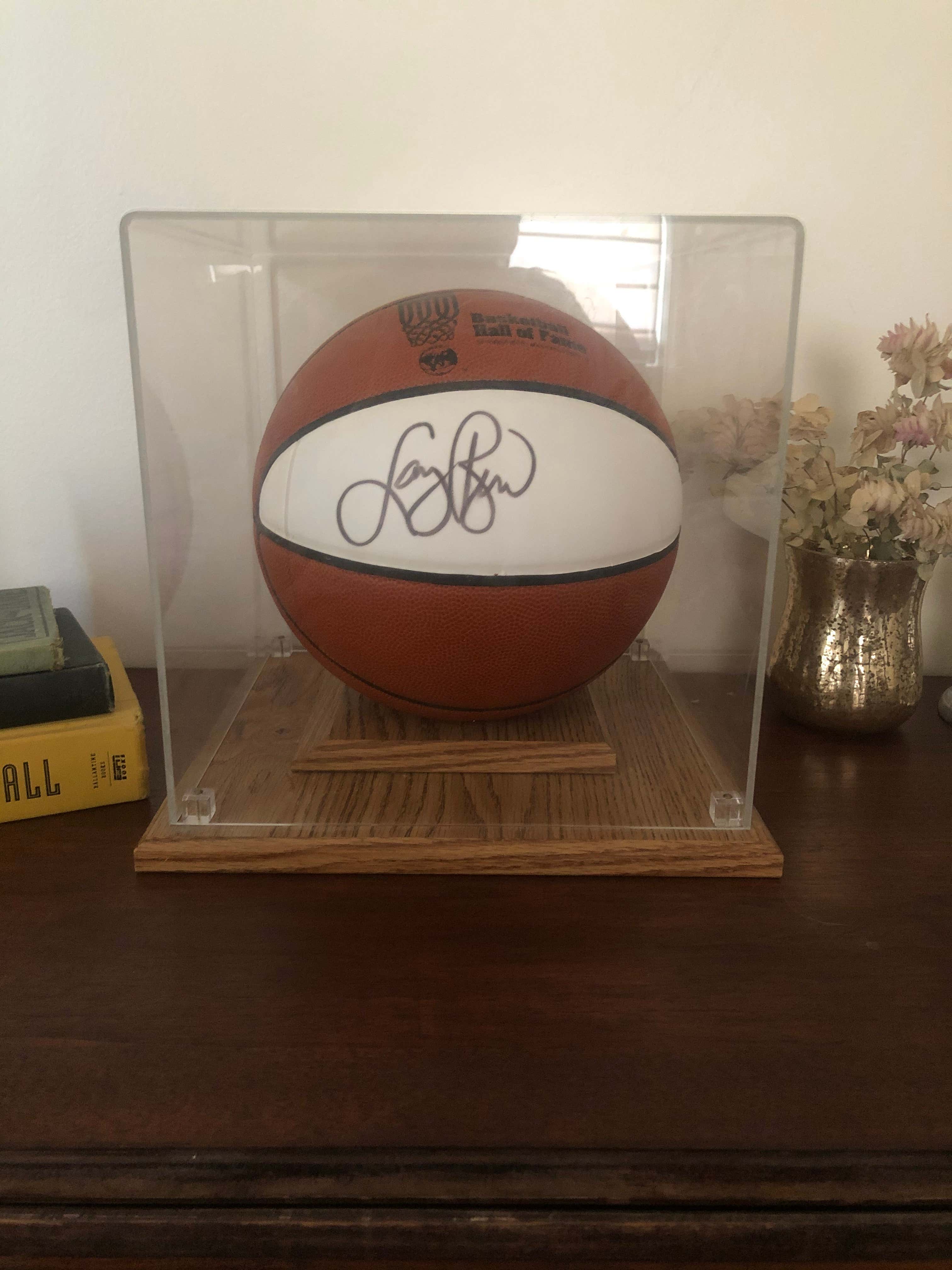 I remember I got this when I was still in high school, and even though I've lived all over the country for college/post college it's been with me wherever I went and will continue to be by my side until my last breath. As you can tell by the smudged signature I could never bring myself to leave it in the case. Whatever, I never plan on selling it so I don't care if it ruined the value. I'd go so far to say it's my most prized possession. That's not weird, you're weird. I've said numerous times during this quarantine that one of my biggest regrets in life was that I wasn't born sooner so I could have seen prime Bird play. If you don't think I'm putting this in my will you're out of your mind.

So that's my list. Lemme know what your personal favorite is in the comments because we all have em.