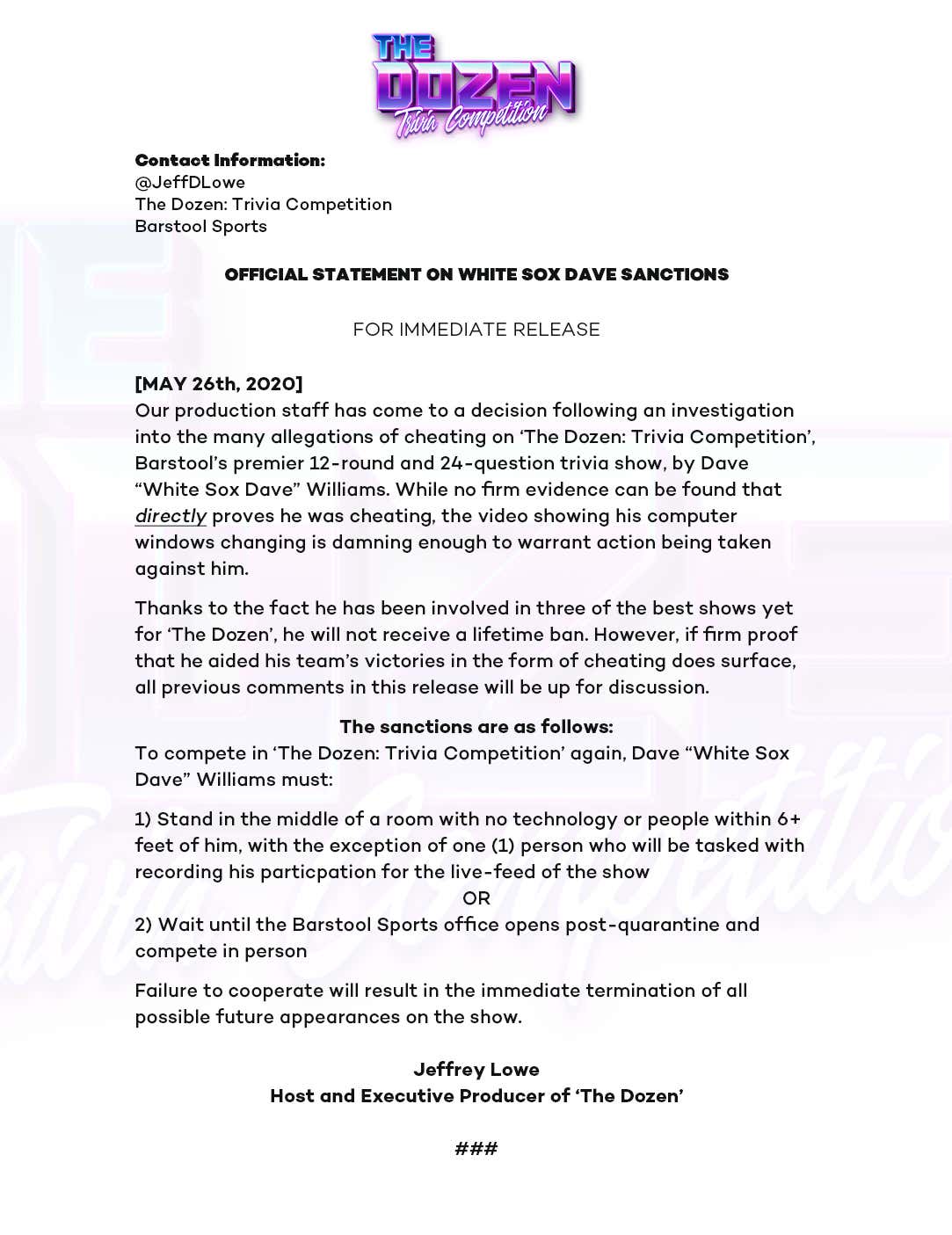 Here were my comments on Twitter about the cheating allegations against White Sox Dave:

Here is a better look at the video in question:

Dave said on Barstool Radio that he usually fidgets around with his screens while hanging around, bored, on radio, etc. So this was just him doing that.

Whether you believe him or not is one thing, but what was clear, and I said this to him on radio, is that not one competitor has had this issue of opening other windows on their computer during trivia. There is literally no need to have anything other than our streaming service opened up while we are live-streaming, or recording.

Therefore, I had to take action. He didn't get a straight ban for two reasons: one, the Chicago boys have been entertaining and two, they didn't get the question right.

There have been plenty of allegations, such as him reading the Twitch chat, him talking to friends during the stream (they were all drunk being idiots, I debunked this), or Dave shouting out a name from the chat (I also debunked this, Carl said the name before it ever hit the chat). But this video was the first really damning evidence I have seen.

Had Dave pulled "Derek Carr" out of his ass at this moment (this moment happened around the 27:00 minute mark of the third match, which is posted below) and gotten the question right, he would have been hit with a lifetime ban.

For now… his sanctions will have to do.

You can catch up on the Chicago boys' 'The Dozen' episodes below, and the entire series here:

See you on Thursday at 11|10c for PFT & Brandon's match vs. Trillballins, KenJac, & Donnie!