Last week we heard about a potential 1-16 seeded playoffs where we threw conferences out the window. As I broke down, it doesn't really change that much in terms of the matchups we would see if things proceeded like normal. It's an idea that has been tossed around for years and with everyone in a central location you could actually test it out since there would be no travel to figure out. Well as Shams reported the other day, one of the options being discussed in this idea of a "playoffs plus". Basically think of it like the World Cup group stage. Kevin O'Connor had a great breakdown of why it should happen, and I have to admit he makes a compelling case.

Coming off what Dame said yesterday about not playing again if the Blazers don't have a shot at making the postseason given they are only 3.5 games back of Memphis, this group stage idea honestly solves a lot of the problems the league is facing with their pending return. They need to find a way to incorporate some ramp up games while also giving those teams on the bubble a chance to make it into the postseason. That's not an issue in the East, but most certainly is in the West with the Blazers/Kings/Pelicans/Spurs, all who were "alive" with around 16 games to play. So right off the bat you kill two birds with one stone. You find a way to recoup some revenue with TV ratings and what not by adding in some games before the "playoffs", and you give someone like Dame a chance to actually nut up and make the postseason. While there are still a lot of details to iron out, a scenario that KOC outlined is pretty damn entertaining. These are the tiers he came up with: 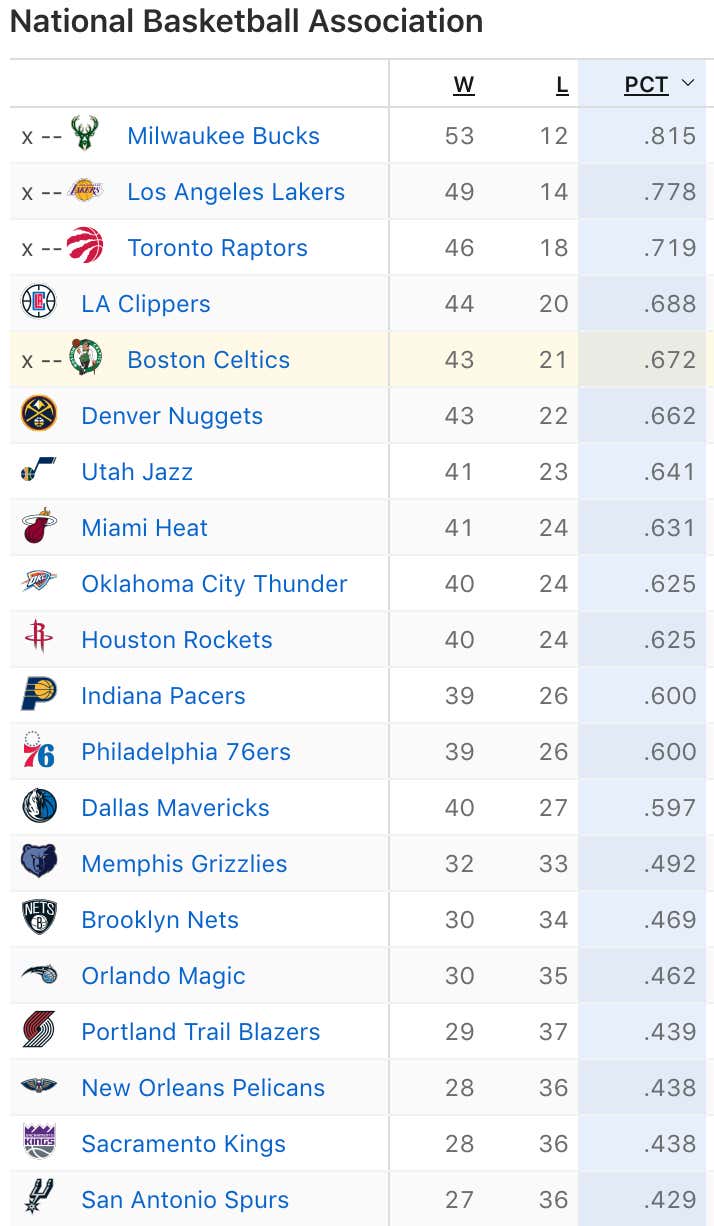 tough break for the Suns who missed this cutoff by 1 game. I think we all agree watching them in this thing would be way more entertaining than the Spurs, but that's life. Now how they groups would be generated from those tiers is TBD as far as I can tell, maybe it would just be completely random somehow, but this is what KOC ended up with by doing a random drawing

admit it, that's better than the 1-16 idea by a mile. With every team playing each other twice you replicate that movement that might have happened over the final 16 games of the season. Would you rather watch MIL/ORL in a 7 game series, or a group stage where Giannis would have to go through that list of teams? If Dame wants to back up his talk about making the playoffs, well he has to go through some pretty legit teams to do it, including the Grizzlies who they are trying to catch.

There are obviously a few teams that would probably push back on this idea if this is indeed how the groups shook out. The Bucks and Lakers for sure. Having to deal with Zion/MIA/HOU is way tougher than just dealing with the Grizzlies in the first round. Same with MIL and their group compared to just facing the Magic. But what this idea does is bring the idea of a conference-less approach while helping the league make their TV money back and regional networks fulfill their 70 game requirement. Seems like a win-win for pretty much everyone involved. Maybe you then reseed after the group stage or something based on regular season record so things are as close to normal as possible.

I was never really someone who wanted the league to do something all that crazy with their return to action like a single elimination tournament or anything like that, but I also didn't love the idea of simply jumping right into the postseason like the NHL is doing. It's not only about the bubble teams either, but the seeding in both conferences with teams like 2-6. Remember, things were as close as ever as we came down the home stretch 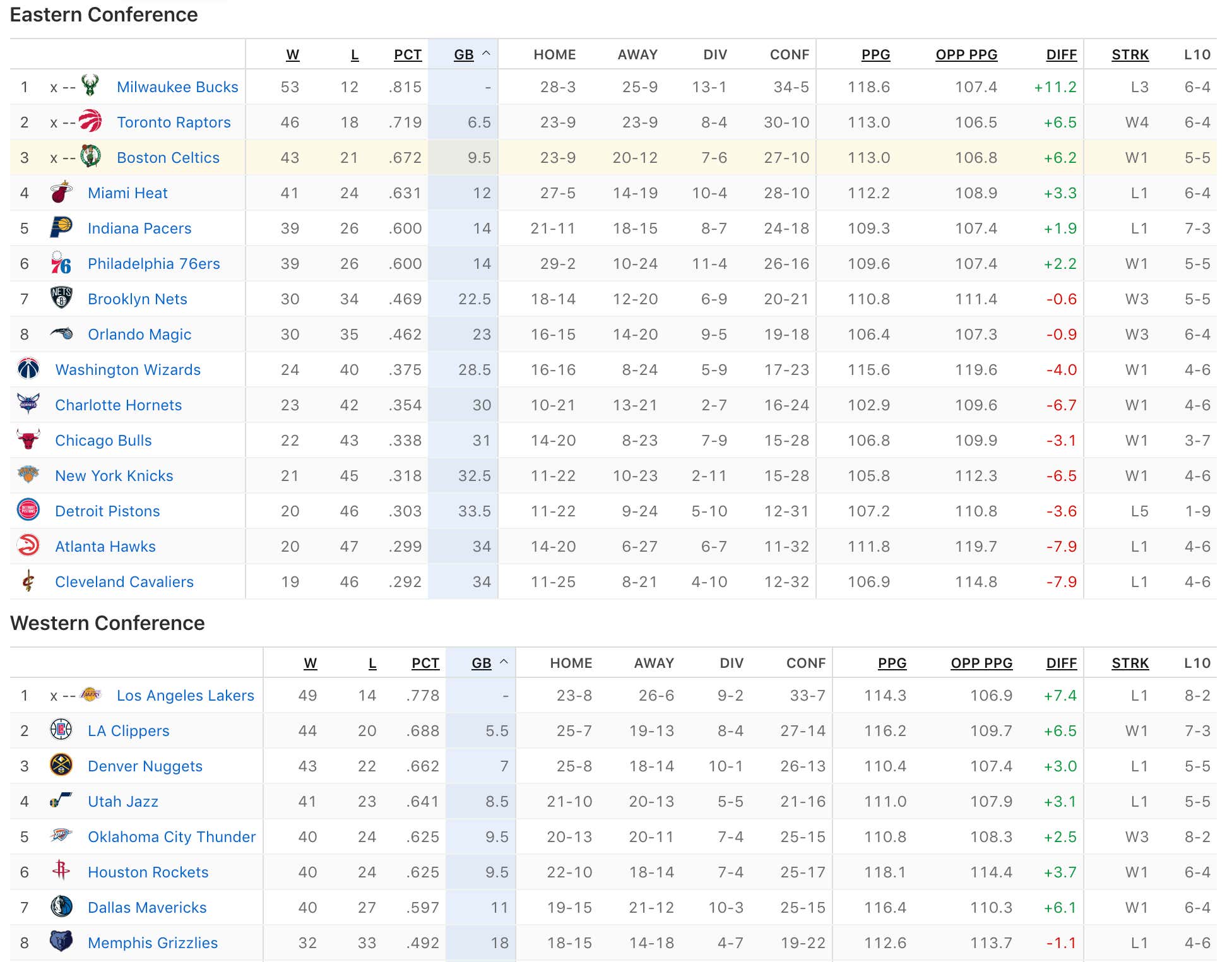 a 2 or 3 game skid over the final 16 games could have drastic circumstances when it comes to someone's playoff run. This group stage brings some of that back to some degree. That's why I feel like this might be perfect blend of a new idea while still checking off the boxes of what might have happened over the final stretch of the season.

I don't think it's crazy to suggest that you would be way more interested in this group stage idea as a viewer than either a 1-16 seeding or even if things came back looking like they always have. The more I think about it the more I bet this is where we are headed. There are simply too many positives to ignore.

So I'll ask you. Would you be down for this idea? I like it better than the 1-16 proposal we heard last week, and it would certainly make the "first round' must watch stuff in what is normally a pretty boring round with mostly chalk. Screw it, let's get nuts.