It doesn't matter how much money you have(I mean not really, enough money will buy you anything, but you get it) there are going to be rules in place when you're trying to get down in Switzerland.

(DM)Swiss sex workers have drawn up a list of rules which they say minimises the risk of transmitting coronavirus in brothels, in hopes that the country's ban on the industry could soon be lifted.

It comes as Switzerland's adult industry has been heavily hit by the pandemic, after the government placed a temporary ban on prostitution two months ago to help stop the spread of the virus.

The plan to reopen the industry, prepared by the organisation ProKoRe, suggests that sex positions which allow for a safe distance between faces, such as 'doggy style' and 'reverse cowgirl', are advisable.

"Face down, ass up, that's the only way it's safe to fuck"--Ludacris/Swiss Sex workers

Credit to the Swiss. This is some real ingenuity and they're putting safety first in order to get back to work and end this prohibitive lock down. We are quick to give credit and support to industries who are coming up with ways to help and stay open. There have been great examples of fundraisers for bartenders, restaurants, and servers. There have been people stepping up to support healthcare workers. Nobody is racing to the front of the line to deem these women as essential or lend them a helping hand. They're stepping up and solving their own problems and honestly, they might have increased their office morale with this move. I assume that a vast majority of their clients are dudes that they'd never want to look at in the face anyways. Now, they don't have to. Reverse cowgirl and doggy are the only ways to prevent Covid-19. I gotta say. I think this is generally meets socially distant guidelines. I tried to find a google image of reverse cowgirl that wasn't trademarked and was available for widespread use. Unfortunately those are hard to come by and I did't want to get sued for stealing or get an email from KMarko so I drew my own, to scale, example 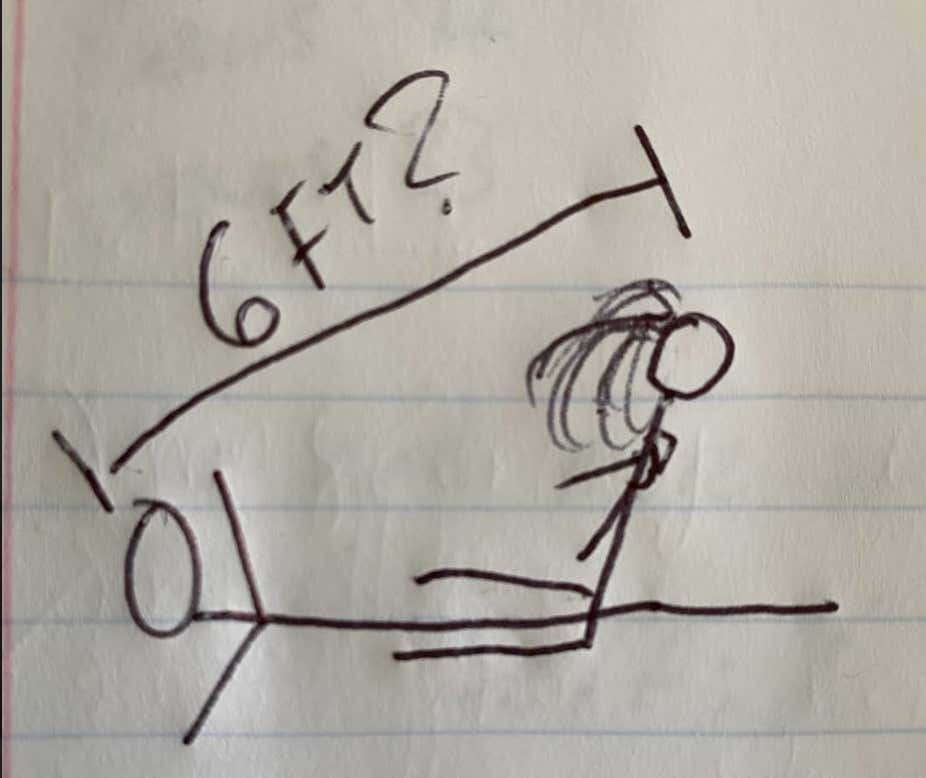 Looks like it checks out to me. Everyone should be employing this position going forward until we beat this thing. It's for our own health and we owe the sex workers a big round of applause for this discovery. Sure, you'll still likely catch other diseases, but as long as she's using safe positions you won't get covid-19 while you're getting HSV-1...that's herpes for the lay person