If you have ever used the app "Instagram" on your cellular device, you are a buffoon if you are not following Python Cowboy.  I met "Trapper Mike" when he had about 2,000 followers in December of 2018 and within minutes of meeting him knew without a shadow of a doubt that he was going to be big time really soon.  He has grown a TON over the past year and is the most authentic outdoorsman you can find.  From tracking and hunting all the way to eating and utilizing every single part of the animals for good, he doesn't cheat the process.  People love authentic stories/creators online and Mike is exactly that.

Trapper Mike is the first person to drop everything and meet me wherever, whenever, for whatever type of crazy shit I call him with - no questions asked.  "Down for the cause" is an understatement.  When I told him half jokingly that I wanted to get lit up by a big Python while announcing the release date for Season 1, he just asked me what time I wanted to meet up.  A real sicko that is right up my alley.

Now with all that being said, if Trapper Mike says something is a big deal, you should believe it is a big deal, and that is the case here.  A big time moment happened a few days ago when Python Cowboy became the first state contracted Python Hunter to find an ACTIVE nest.  This is some real Jurassic Park looking stuff. 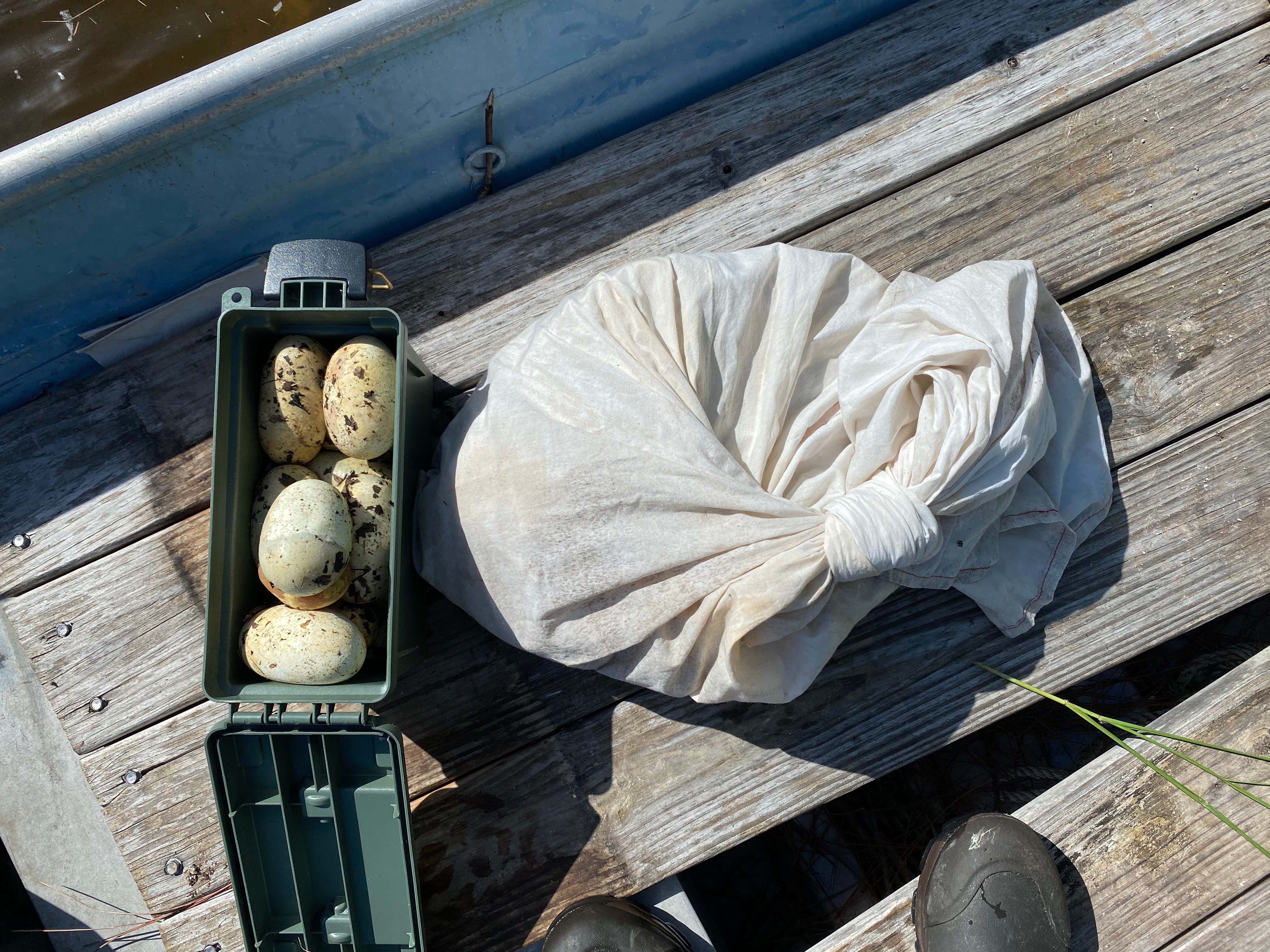 VERY COOL! Here are his own words on the discovery

"The Lord and the swamp always provide for ole Trapper Mike!! Friday mornings sunrise hunt on #PythonIsland turned out to be one of the most significant moments in my python hunting career (right up there with winning the 2020 Python Bowl competition). After a couple hours of hunting I came across this 8ft Burmese python that was, unknown to me until after the capture, sitting on an active nest of eggs she had laid. I was crapping my pants with excitement when I realized lol. It has been my goal since day 1 of becoming a state contracted hunter, years ago, to find an active python nest… not only did I finally find a nest, but I’m the first state contracted hunter in the history of the program to actually find one! Only 22 eggs because she’s a smaller python but I ain’t complaining, that’s 23 invasive predators removed before lunch ????????????(if I had time to eat lunch at least lol)."

The Pythons have been a growing problem in Florida as they have no natural predators once they reach a few feet long which doesn't take very long at all.  They have decimated populations of small mammals in the Everglades and South Florida and show no signs of slowing down.  Finding nests like these is a huge win for the Floridians fighting against invasive species.  Finding 23 snakes in one day would be INSANELY productive, so finding 23 at once like this is rare and definitely a huge win.  Follow along with Trapper Mike on his Instagram Page where he basically chronicles his entire life on his stories.