Wow, has time flown by or what? I can't believe I've been wearing this wristband for 300 days now! I remember attending Lollapalooza for the first time last August. I was a 22 year old recent college graduate who's never been to a music festival before. I felt out of place as everyone around me was between the age of 16-20 and were either carrying around bags of "candy" or wearing a basketball jersey from a player they most likely never grew up watching

For the most part, Lollapalooza was a good time. All 4 days were filled with "vibes". Or, at least that's what I thought. After coming back to the office with my wristband still on, I quickly realized the vibes weren't coming from the atmosphere of Grant Park, but it was coming from the band. I felt so young and alive since wearing this band and didn't want to get rid of these magical powers. Instead of wearing this for no good reason, I decided to apply for a Guinness World Record for "Most Days Wearing A Lollapalooza Wristband". I paid $5 for the application, waited 2 months for an approval, and unfortunately got my heart ripped out as Guinness declined my idea.

I was devastated and I felt like I wasted 100 days of wearing this band. I had many supporters throughout this journey, but also had haters who tried to tear me down. 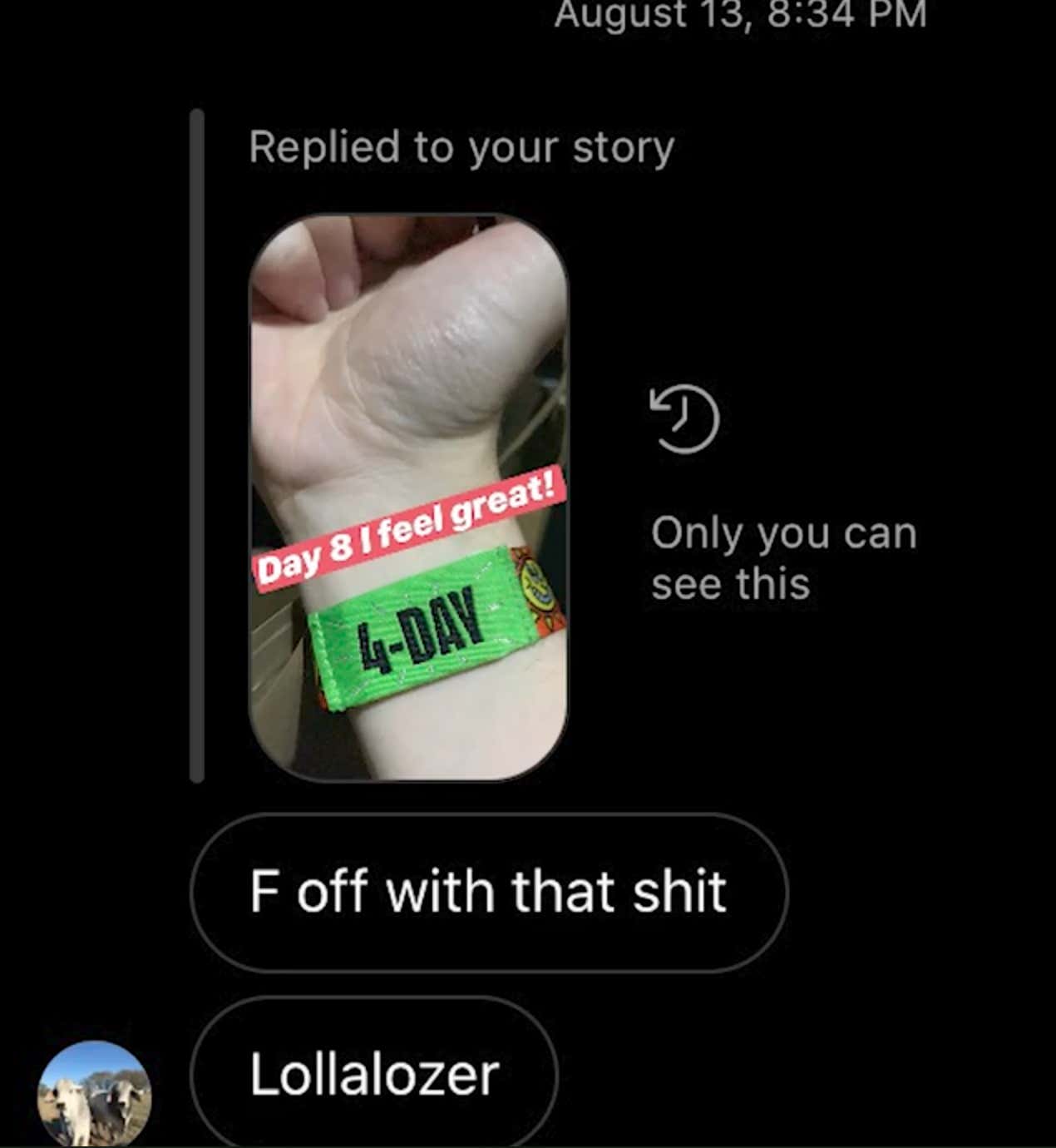 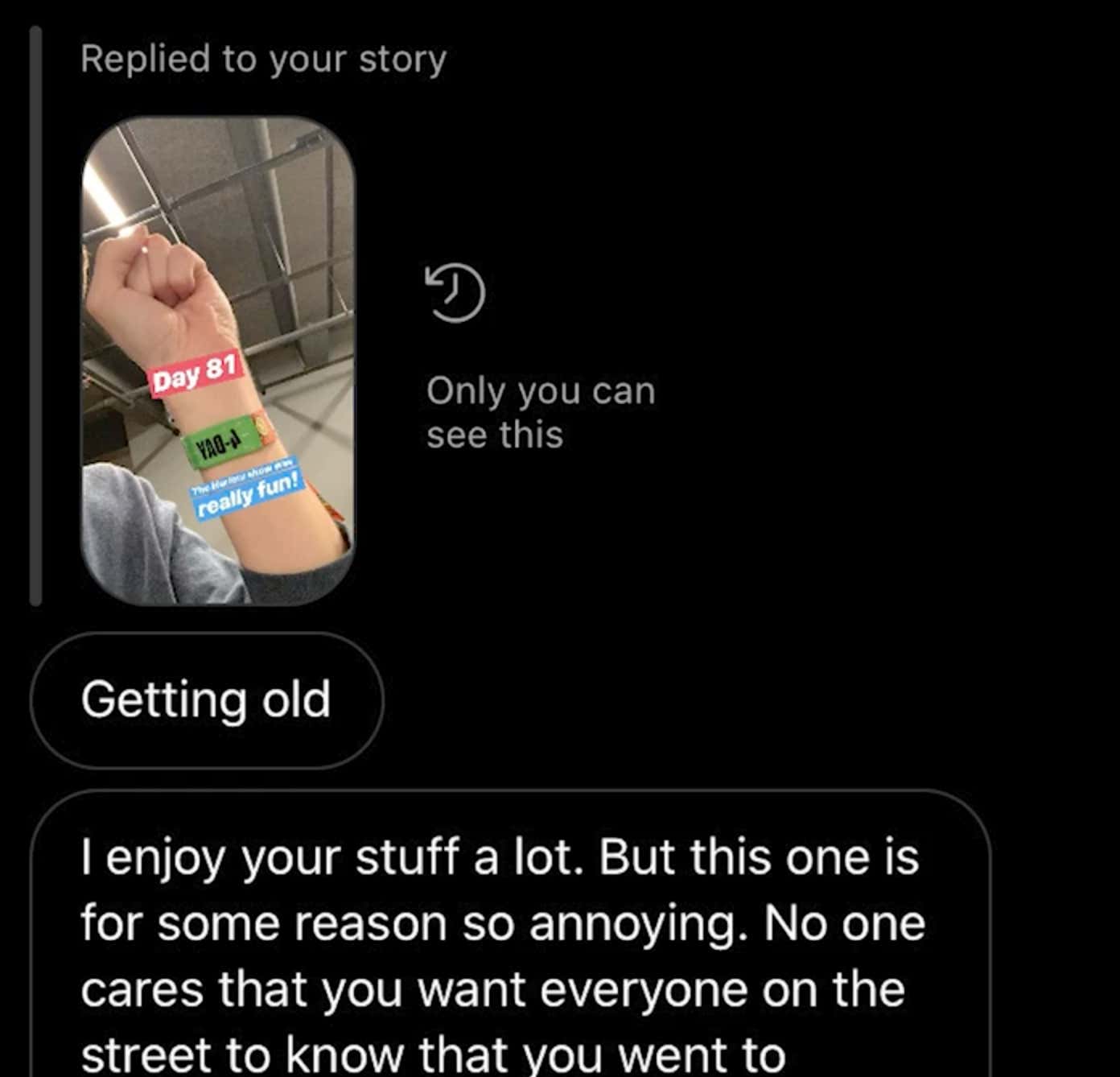 I was ready to give in around day 90. But it wasn't until day 91 when I got this message from a fan. 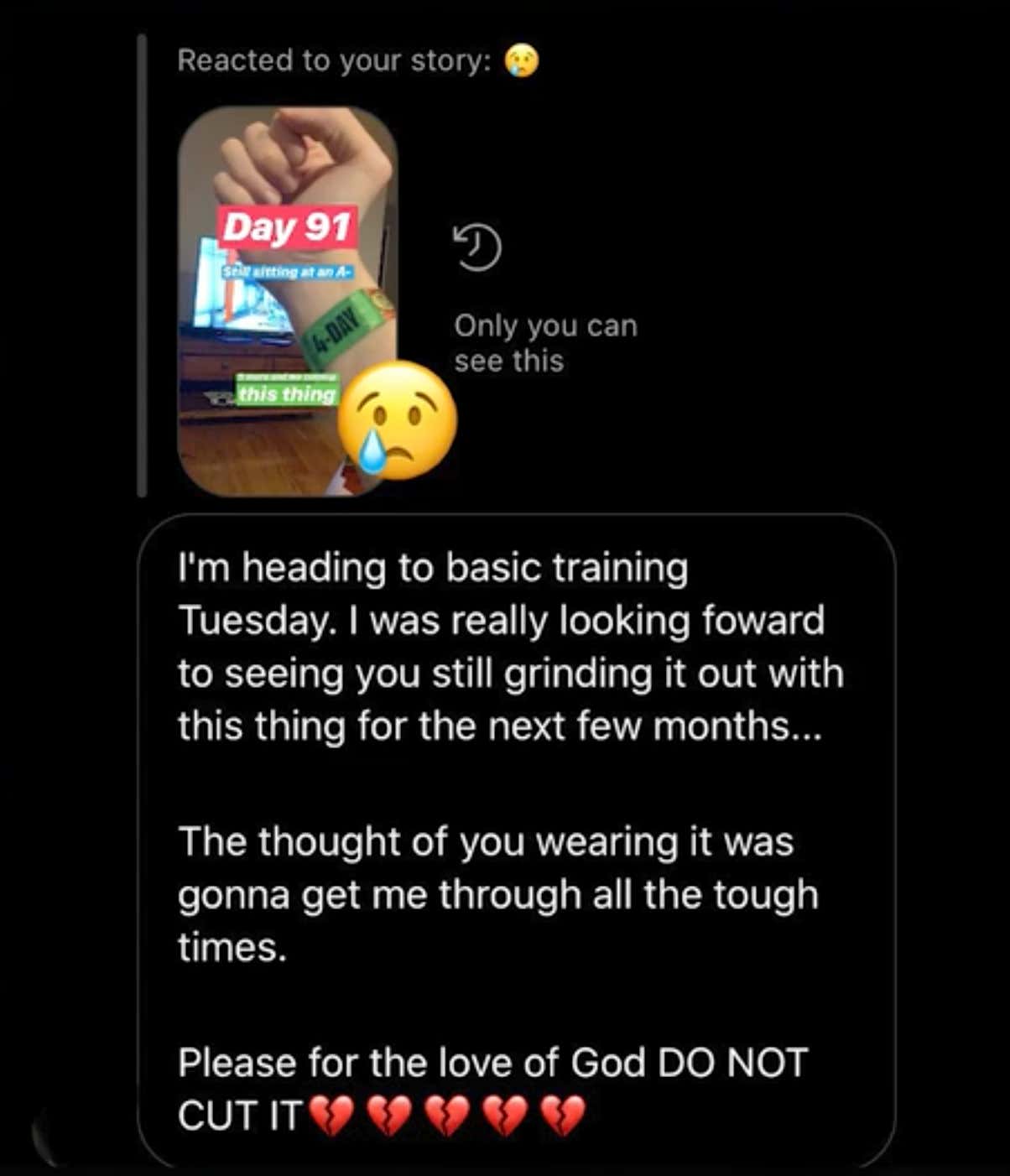 There was absolutely no way I could cut it off now, especially for him.. So I made a deal with the devil. I announced to the world that I wouldn't cut this off until I either lose my virginity, or until Lollapalooza 2020. So basically Lolla 2020. Let me say though that before I wore this band, I made out with 0 girls. After wearing this band, I made out with 2. Like I said, the band has magical powers. Both of these options seemed realistic, but patience was the challenging part. It wasn't until Quarantine hit that really messed up this whole story. I couldn't travel anywhere to meet any ladies, Lollapalooza 2020 was going to be canceled, I was officially wearing this band for no good reason now.

After 300 days of wearing this band, I'm disappointed to announce that I will be cutting it off tonight. I know I teased everyone into thinking I would cut it on day 100, but this shit is getting old. Literally and figuratively. I wish I could've made it 365 days in a row, but it just isn't worth it. I will be chopping this off tonight at 8pm on IG.

If you couldn't handle Nick's cutting off the tag of his beanie baby, I'm not sure if you're going to be able to get through this without a box of tissues. Thank you for all of your support, and a big shoutout to everyone who hated this journey. I hope you are happy now. 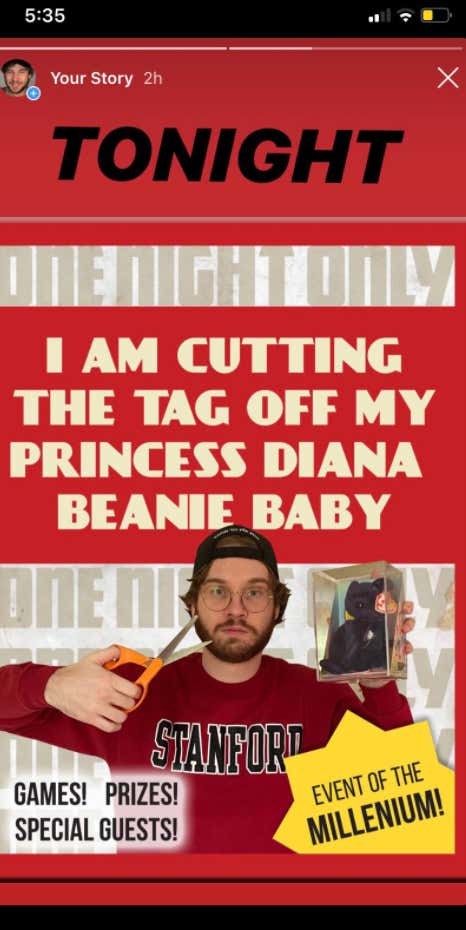