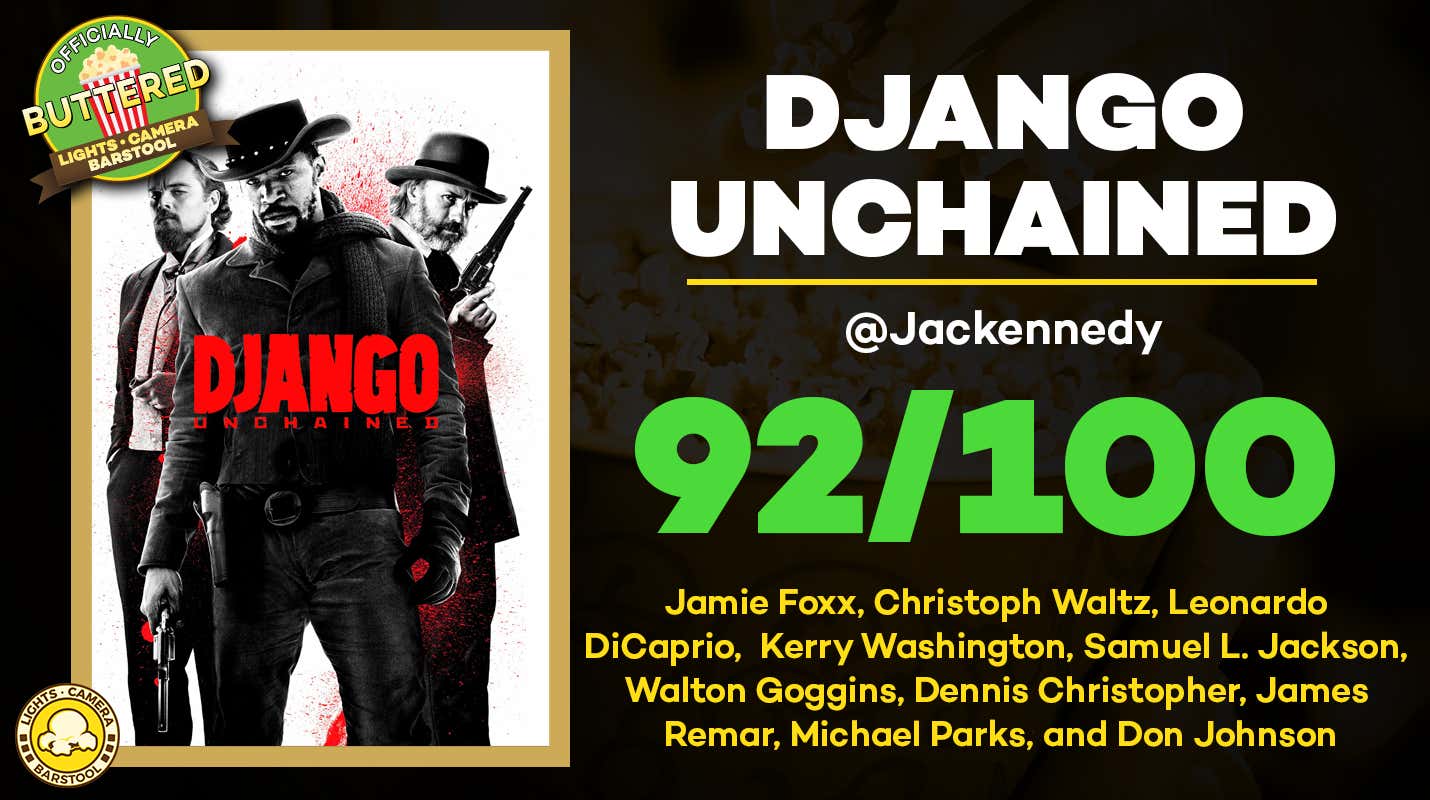 ICYMI, on today's episode we did a throwback review of 'Django Unchained' and really went into the weeds on it's production, reception, casting, and where it stands in the Tarantino collection. You can listen to the full thing below, or click here.

I think what makes this movie so great is what makes a lot of Tarantino movies so great, and that’s his ability to really bring his script to life on screen. He makes sure the production immerses you into whatever setting he’s chosen, in this case pre-civil war south. He makes sure every bit of dialogue is given the best read by the actors, which changes roles from being important to iconic. And I always feel that he is uncompromising in his editing which is a compliment in this case because he is always true to his vision.

Regardless of the Tarantino stuff, the plot is so engaging and brutal and a cool modern twist on what is a really classic revenge western story. The movie has great adventure, amazing dialogue, brutal killings and really painstaking tension-building.  The characters of Django and Schultz are also both rich and amazing, but then every smaller roll is also just as good in it’s own way. Leo, Samuel L Jackson, Walton Goggins, Don Johnson and Jonah Hill are all able to add so much to the story, especially from a comedic standpoint.

On the pod, Trillballins brought up the point that he always thinks of this movie as sort of connected to 'Inglourious Basterds' which I agree with. We came to the conclusion that the reason we think Basterds is a little better is that the pure climax is slightly better than Djangos. The latter has sort of a double climax with Candie's death and then the ending shootout below.

While I really like it, the double climax doesn't quite have the same punch as the theater scene and send off for Basterds. You can listen to our full breakdown on the pod and let us know if you agree, disagree, etc. Also, let me know how I did in our Leonardo DiCaprio character snake draft. Having the first pick actually kinda sucked.