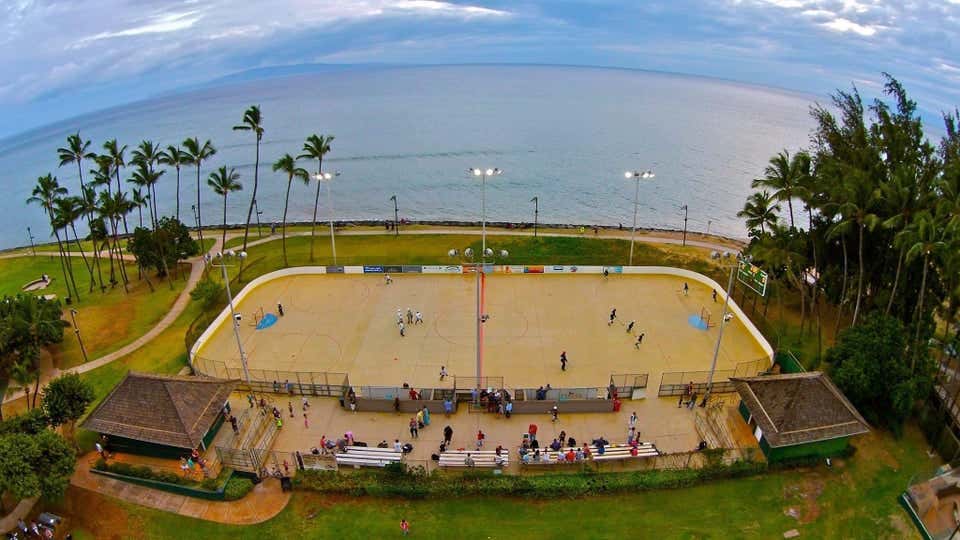 I think we can all agree that NHL outdoor games have grown a little stale over the years. Luckily the league has moved on from having the Blackhawks featured in every other one, but still. The allure of the outdoor game wore off about 6 years ago and the league has only added more of them since.

Clearly we need to spice things up a little bit. Clearly we need to find a way to get people interested in these games again. And even though most of the brain power focus has recently been on how to resume the season and crown a 2020 Stanley Cup Champion, I think we can use this time to start planning for the future as well. And an outdoor game at this rink in Maui needs to be included in that future.

Not only would this get the fans back into these games, but you'd finally get the players on board as well. You can't tell me there'd be anybody besides maybe Crosby who wouldn't immediately jump on the opportunity to take a trip to Hawaii in the middle of the season. And you can work it into those team's schedules that they have the rest of the week off after the game so they already have a head start on their vacation. Sure, they'd have to swap their skate blades out for some wheels they'd make it work. At the very least, the league can test out having the All Star Game there.

Just let it marinate on your mind for a little. I'll start off with the first Ferda.