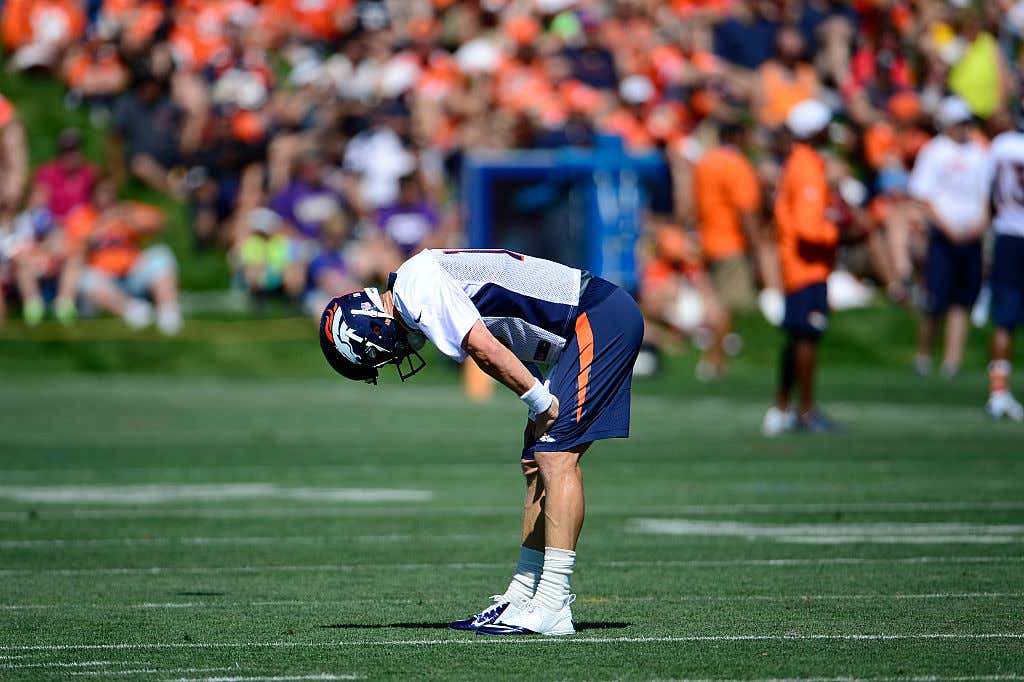 For as long as athletics have been a thing, coaches have all said the exact same list of things to their players. Phrases such as "you have to hate to lose more than you love to win". Phrases like "nobody outside of this locker room believes you can win. It's us against everybody". Things along the lines of taking it one game at a time, focusing on the fundamentals, and everything else that could be found in the Coaching Cliche Index.

I don't think anybody necessarily wants to be that coach who just spouts off random cliches every time he/she opens their mouth. But it's a natural occurrence. The same way you think you won't become like you're parents until you find yourself one day being 28-years-old and can't believe that anybody would have the audacity to mess with the thermostat in your home.

Now most of these cliches are harmless. The majority of them aren't total bold-faced lies. But anybody who has ever had at least one single sports practice in their life has heard a coach scream out "GET YOUR HANDS OFF YOUR KNEES, YOU FUCKING PUSSIES! IF YOU'RE TIRED, PUT YOUR HANDS ABOVE YOUR HEAD. IF I SEE ONE MORE OF YOU MOTHER FUCKERS PUTTING THEIR HANDS ON THEIR KNEES, WE'RE ADDING AN EXTRA SPRINT! FUCK!!!"

The "Hands Above Your Head vs Hands On Your Knees" debate has been the bread and butter of hardo coaches for centuries. Millenniums, even. But as it turns out, that debate isn't rooted in science. It isn't rooted in fact. Actually, it is completely false.

Thank you for bringing this to everybody's attention, Mr. Hammer.

Turns out that hands on your knees is actually way better for recovery. And that all these youth sports coaches have just been trying to kill you for the past however long humans have been playing sports. Or at the very least, just make you suffer a little more. The nerve of these bastards. And to be so goddamn arrogant about it, too. As if we'd never found out about it. As if MC Hammer wouldn't expose them all as a bunch of lying sacks of shit.

So here's the deal--they can all either admit they were wrong and apologize. Or they can all run 10 consecutive suicides and they're not allowed to put their hands on their knees once. But we deserve some sort of justice.