I'm shocked ESPN hasn't run this clip and asked if one-and-dones today could survive this era of college hoops. The era where Northwestern had to take a bus to MSG. The era where they wore a fucking belt as part of their uniform. They've been on day 80 of this argument about MJ/LeBron, could LeBron/KD play in that era, would MJ average 40 or 50 points this era. You know how could average 40 points in this era? This guy 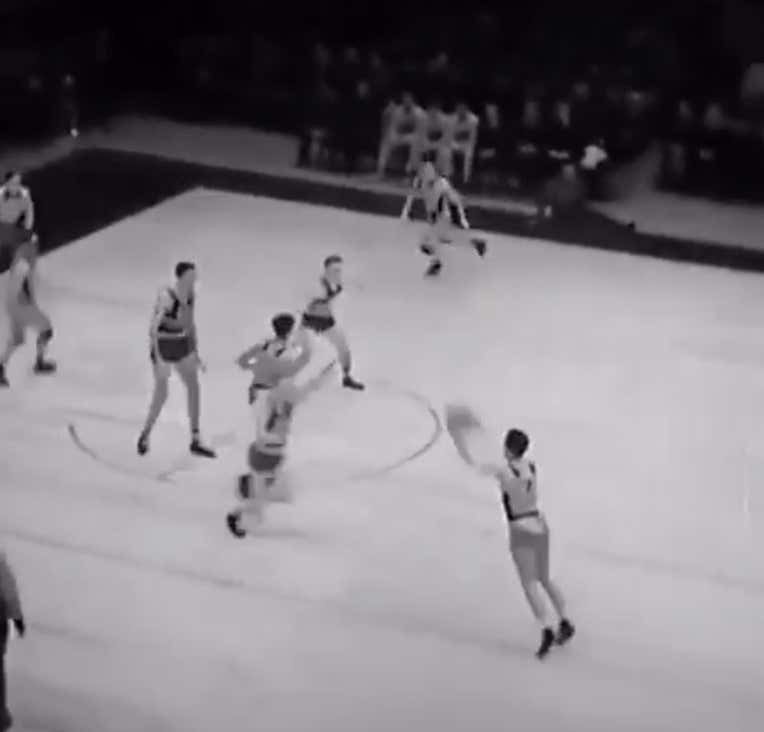 That's a distance that makes Steph jealous. That's a man who would average 40 points when you factor in training and all that stuff!

It's actually St. John's vs Northwestern from 1938 as part of a double-header and some CCNY highlights. Either way it's basketball (I think). I have no idea what that shooting motion is from the FT line at the :17 mark is. 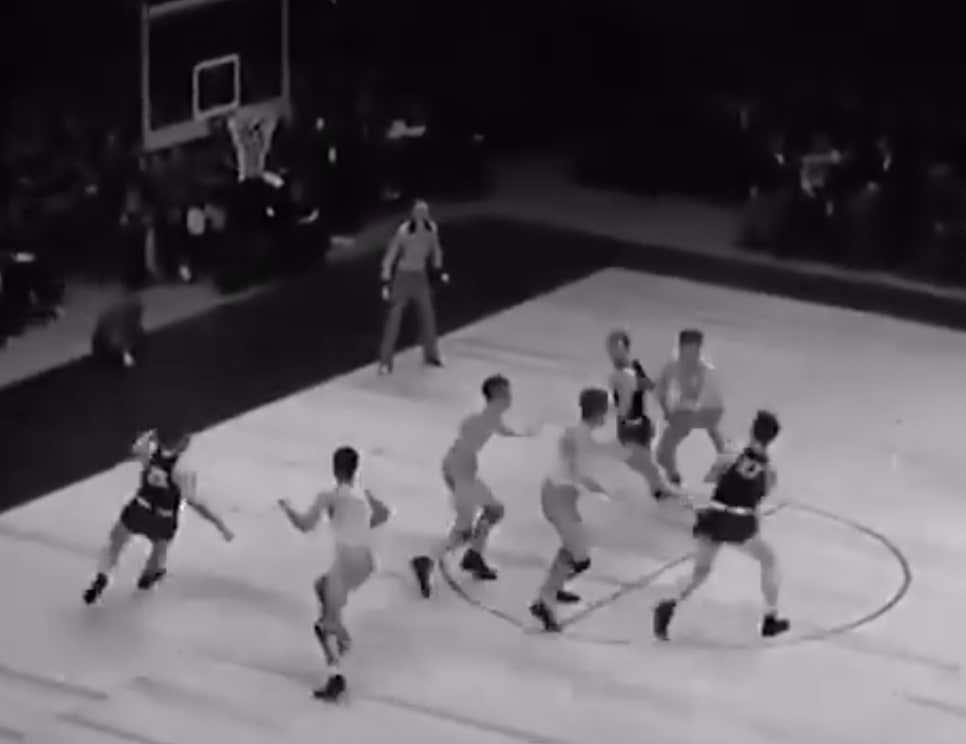 Just a running push shot. This is just one of those clips where I thank God to be alive when I am. Imagine having to watch this shit? No thank you Jeff Van Gundy. It's been talked about numerous times but anyone born in the 80s really has the best era to be alive. We know life before technology, grew up with technology and saw it advance to where we are now. Same goes for sports and sports coverage and all that shit.

To think Northwestern has made 1 NCAA Tournament since this is fucking hilarious. Do you know how bad of a program you have to be in order for that to happen? Guess I'm not shocked to find out St. John's won this game at the Garden 45-41. In other words, a standard Big 10 game.