Remember when Michelle Obama had that whole anti-bullying thing? Bet she feels pretty dumb right now. All that time spent and the Staten Island grocery store shoppers showed all of bullying's benefits in one 20 second clip.

(Easily the best part — I don't know for a fact that it was motorized-cart lady who dropped the "...Get out" like a full 5 seconds after the woman was already getting out, but whatever, she just wanted a piece of the action.) 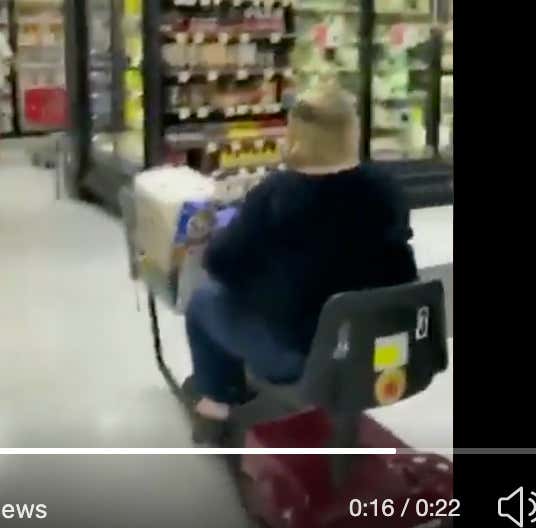 I'm pro-mask in the sense that I think it's just basic decency to wear one when you're in public. The fact that every health professional wears one — and not every health professional gets sick and dies — kind of hints to me they are at least a little bit effective, but even if it turns out they aren't, the fact that everyone thinks they are and feels safe with others wearing them is a good enough reason to just throw it on when I'm picking up milk, in my opinion. I mean it's just not a huge inconvenience to me. If I had to throw on a full haz-mat suit maybe it would be a different conversation. If it has even a 1% chance of helping I don't really see what the big deal is.

Also because I don't see how it has become such a political issue. As if putting a seatbelt on or not driving drunk means you're a lib now or something. It's like everything has become so political that nothing is NOT political. Trying to be a decent human is now a right or left thing. So dumb. To me at least. Certainly there are people who disagree. Who see wearing a mask as the last step before a full Nazi-like threat to our freedom and liberty. 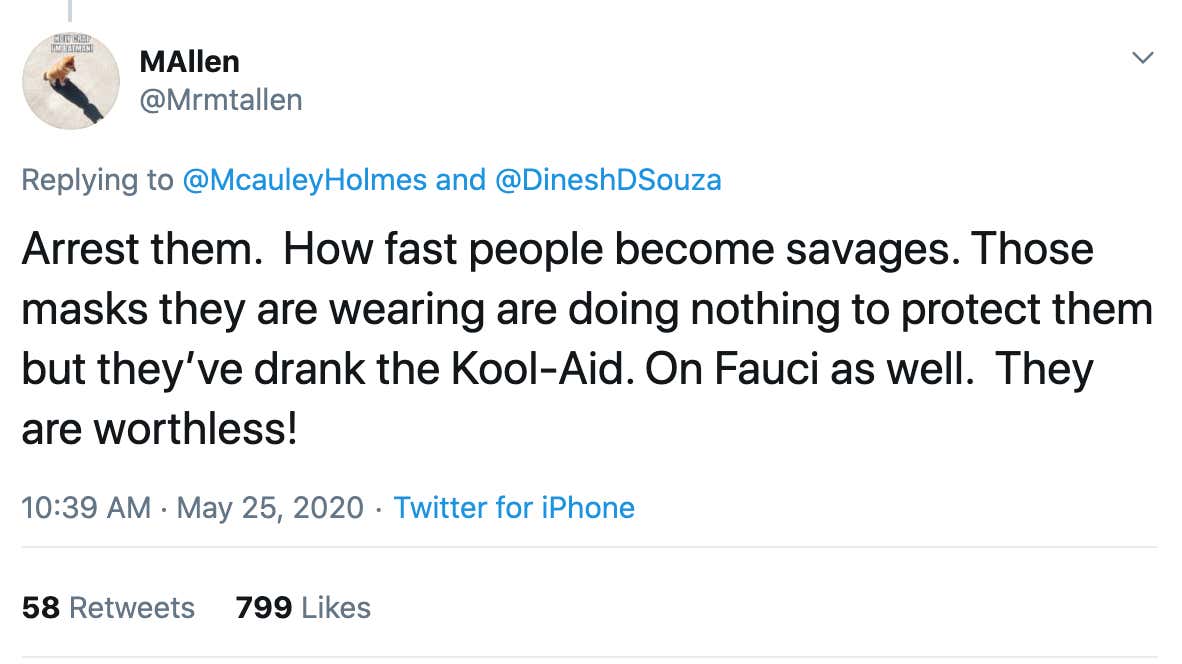 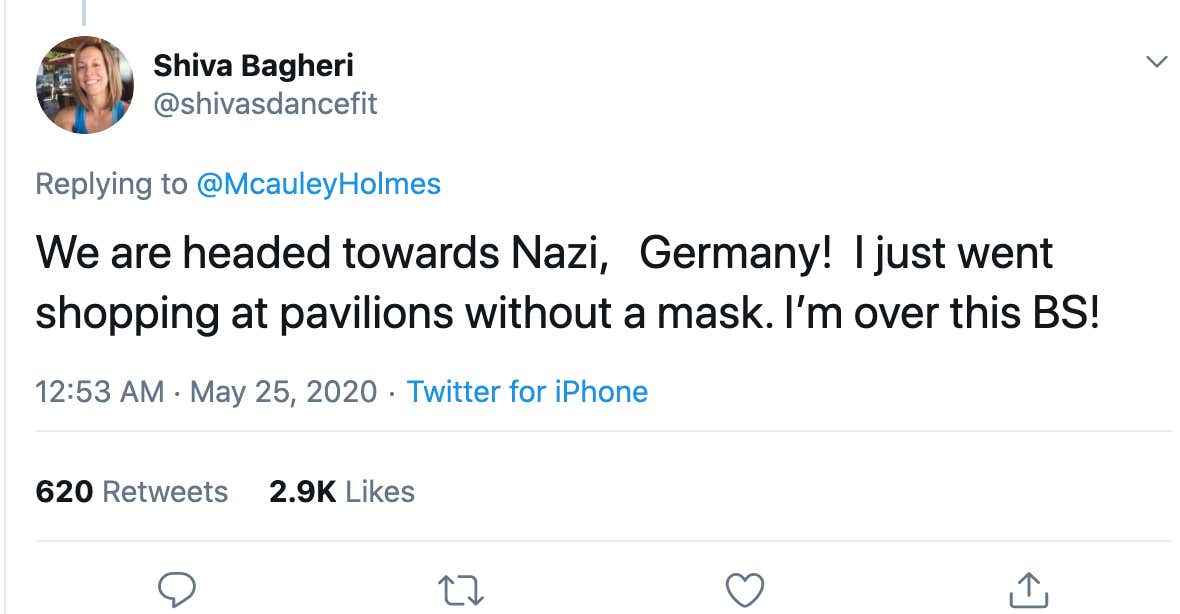 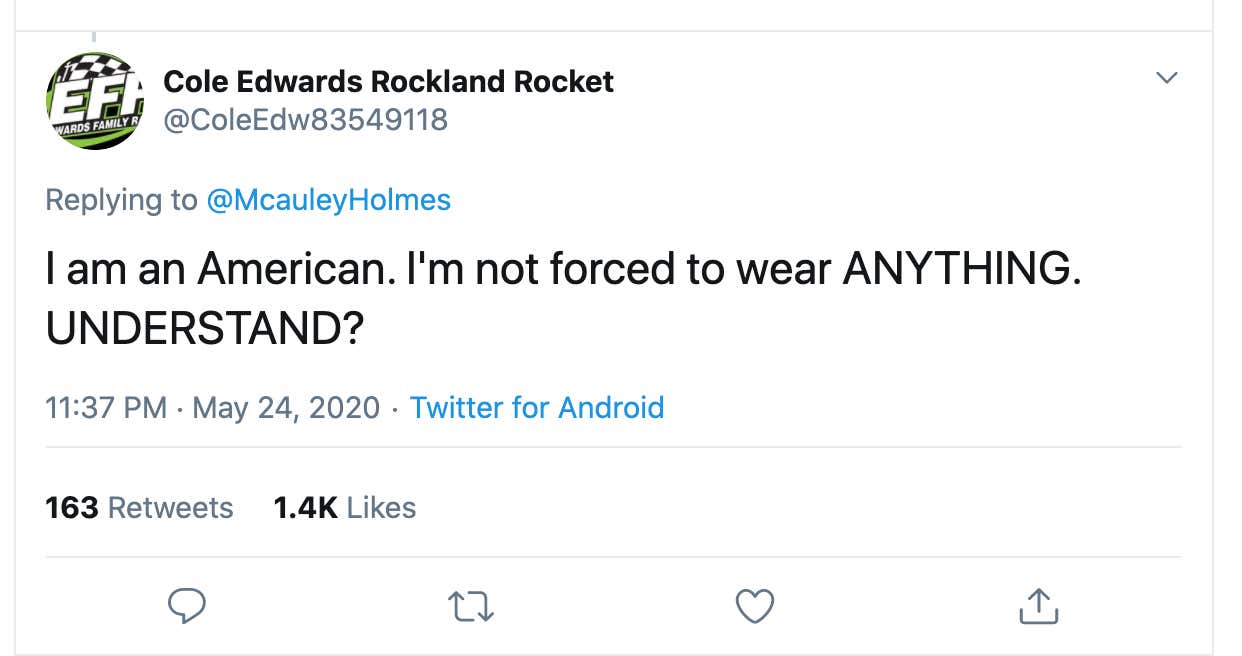 Little tidbit to throw in for your consideration, do with it what you will:

The rest of New York City voted overwhelmingly for Hillary Clinton in the 2016 race. Citywide, she won 79 percent of the vote. In Manhattan, where she took 87 percent of the ballots, she won every electoral district except a tiny sliver of midtown, where only 14 people voted. Trump won less than 10 percent of the vote in the Bronx, and he did miserably in his home borough of Queens, too, where Clinton bested him by more than 50 percentage points. But on Staten Island, Trump took 57 percent of the vote. In the 62nd assembly district—on the borough’s south shore—Trump won almost 75 percent of the more than 50,000 votes cast, making it the most pro-Trump district in all of New York State. In fact, virtually no lower-house legislative district in the Northeast went so strongly for Trump.

Someone in the replies I can't find right now summed it up best: "in Staten Island, this is how they politely ask you to leave."

If you know any Staten Islanders, you know how true that is. Honestly it's possible these people were all best friends. Play in a weekly poker game. Met up for a Memorial Day cookout today. Oh guys here comes Lucia. Wait a minute, she's not wearing a mask? Lucia, where's ya mask at? God damnit Lucia get the fuck outta here with your no mask wearin face ass ya LOSAH!!! Fuck OFF Lucia!!  Ok see ya tomorra Lucia don't fa-get tha gagootz and gah-nole!