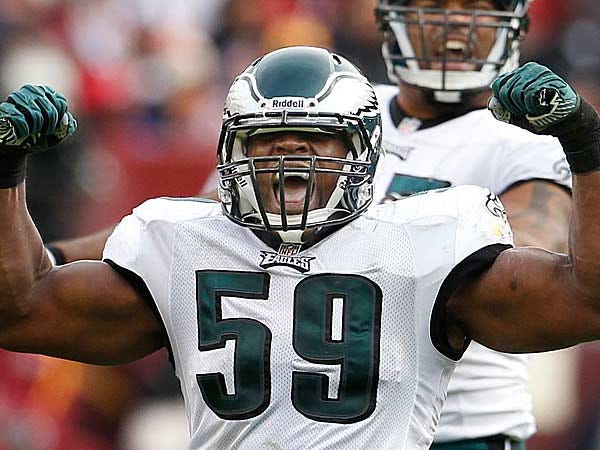 PFT – The Eagles haven’t wavered from their public statements that they want to hold onto the veteran inside linebacker and they went a bit further on Monday by announcing a contract extension that extends Ryans’s pact with the team through the 2016 season. No financial terms were part of the announcement, but Jeff McLane of the Philadelphia Inquirer reports that the deal is designed to give the team more cap space this season by lowering Ryans’s salary from the $6.9 million he was set to receive.

YES.  I don’t care if DeMeco just came off the Achilles injury and probably won’t be as effective as he was the last two seasons.  The man is pure beast.  The complete heart and soul of this defense.  Even coming off the slashed tire, I’d go to war with Ryans, Kiko and/or Kendricks as my ILB’s any day of the week.

I love the move, especially from a leadership standpoint, but it definitely fuels the fire talk that Mychal Kendricks is indeed being shopped around.  It’s going to be VERY hard to keep Cox, Kendricks, Boykin and Vinny Curry when they all need new deals in 2016.  Best lock up Fletcher now, but it would be nice to keep all of them in the system somehow.

Regardless, the shield has been returned to its rightful owner. 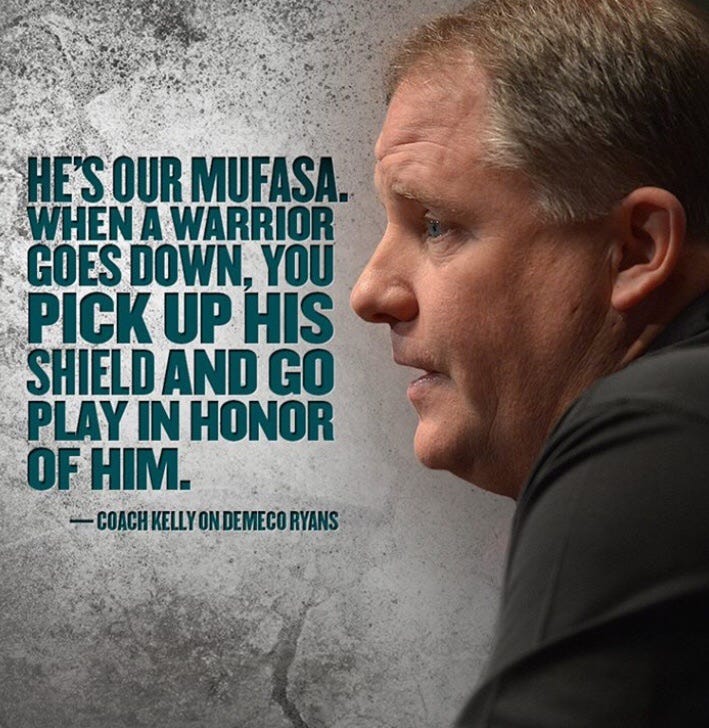