"When I think grit, I think Southern California" - said no one ever. Counterpoint, screw that, in 2019 we went to SoCal to visit a land of untapped grit. Grit is a state of mind and anyone can have it inside of them, even if you wake up to the sound of waves crashing and palm trees swaying in the wind.

The first episode of Grit Week was filmed a week beforehand. We sat down with Patrick Mahomes and Anthony Sherman in Kansas City. As of May 23rd, 2020, I think we can officially confirm Big Cat was incorrect in his take that Patrick Mahomes would be a bust in the NFL.

Fast forward one week, and it's wheels up to Cali.

Big Cat had taken care of renting our vehicle for the week, and in very Big Cat fashion, he found a gem.

Some things are just meant to be, and Blake Koepka winning the PGA Championship at Bethpage Black on the first day of Grit Week is one of them. 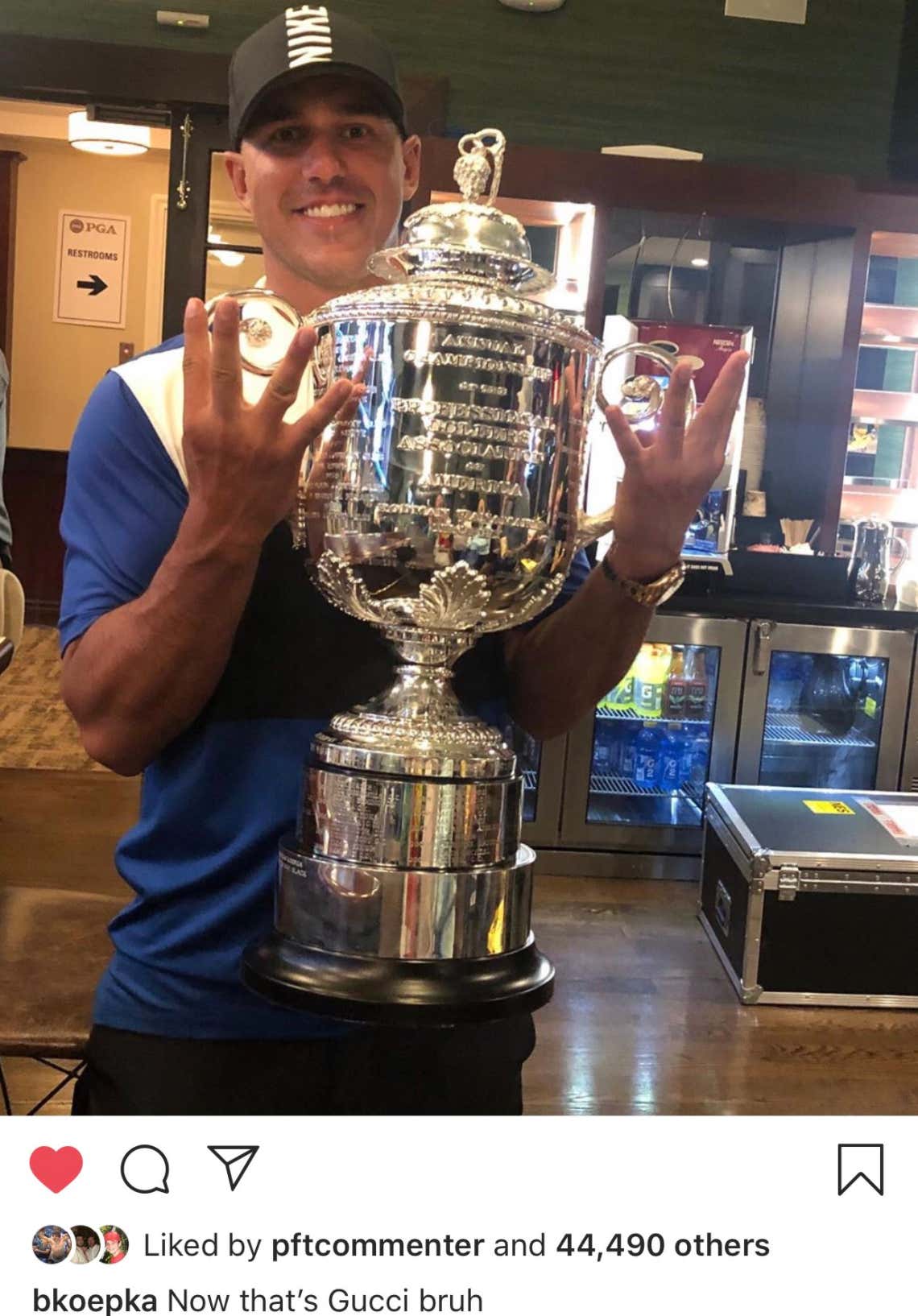 Our first stop on the West Coast was in SoCal to meet up with two of our best friends, Jared Goff and Blake Bortles. Blake was still getting used to the Cali lifestyle, so in a big time pander move to fit in with a locals, he bought a Tesla.

Actually, none of that is true and he bought a Tesla in an attempt to quit dip so he wouldn't need to go to the gas station.

Next stop was to the Rams facility and we had a mission. That mission was to get to the bottom of why Sean McVay never gave us Super Bowl tickets the year before…

If you are a degenerate, you will never forgive Todd Gurley!

Special things happen on Grit Week, such as three songbirds of our generation being in the same room and performing a private concert for Manny Pacquiao's team of roughly 40 people.

Grit Week rolled on and the next interview was with UCLA coach Mick Cronin, who turned out to be a complete boss and someone who needs to come back on the program.

We also went to Jay Glazer's gym and he kicked our asses for a day.

Next stop was to Blake Griffins house, the scene of the eyeball emoji tweet #THISLEAGUE

And the night ended at Zac Efron's residence, where Big Cat was able to settle his beef with Anna Kendrick.

Despite being a A list Hollywood actor, when Zac sat down in the van he knew he was just another guy in the locker room and that's grit.

The final day of Grit Week 2019 we sat down with Jimmy Tatro to talk about his career in acting and how we can put together an Entourage reboot.

And just like that, it was over, another amazing Grit Week in the books.