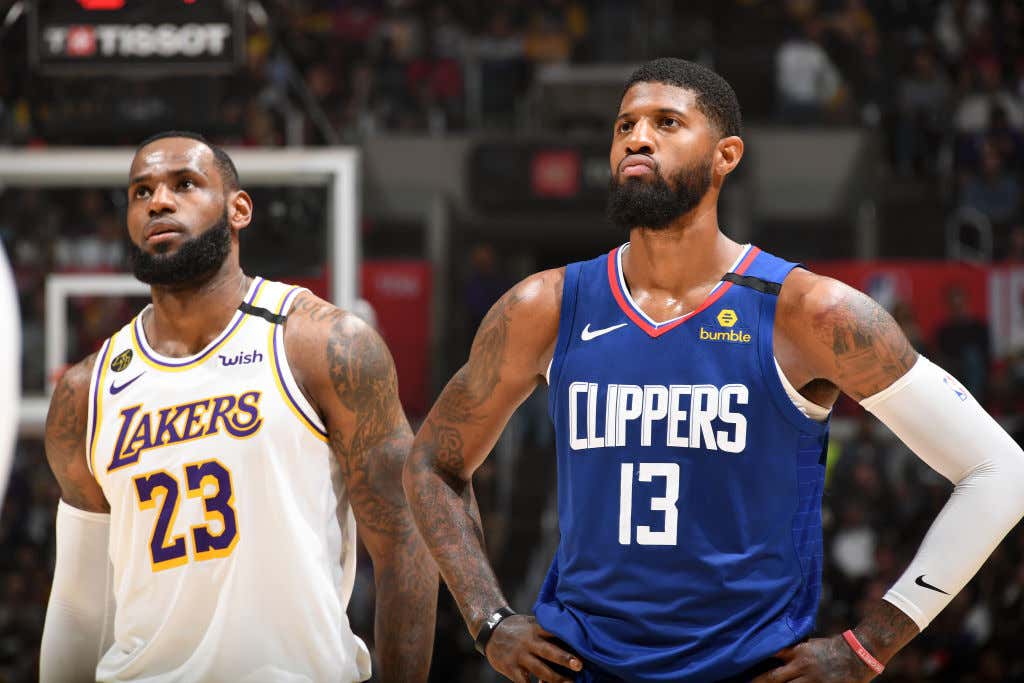 By now pretty much everyone has heard the news and the timeline for the NBA to resume around mid July. Great news all around and a quick look at a calendar tells me that's only 54ish days away. We can knock that out no problem. We're already on Day 73 with no basketball, whats 54 more? I do 54 days in my sleep. I mean Memorial Day Weekend came out of nowhere. Remember how long April felt? No fewer than 75 days in that month. Well for me, May flew by. I think that's what I'm learning about quarantine life. At first it was brutal, days felt like years, but now everything is so smushed together and our brains are so altered that you blink an it's the 22nd of the month. If this trend continues, by the time you're finished reading this blog it'll be 4th of July weekend.

So once the league is back and we have all day basketball to enjoy in the middle of the summer, I'm interested to see a few things. A couple trends from the regular season that in my opinion are going to go a long way in determining how this playoff run might look. I tried to narrow this list down as best I could to the things that should really matter, but feel free to add anything if it somehow didn't make my list.

1. Are the fully healthy Clippers still going to be a gigantic problem for the rest of the league?

Every playoff team is going to benefit from this time off when it comes to getting healthy. Whether it's nagging injuries or guys having more time to rehab and get right after more serious issues, that's one of the few benefits heading into the playoffs. We're going to see everyone hopefully at 100%. If there's one team in my mind that health means most to, it's the Clippers. Here's why

When this roster has been 100% healthy, the Clippers are 10-1. They have wins over the Lakers/Nuggets/Rockets/Heat/76ers/Thunder/Grizzlies/Spurs/Suns/Wolves. That's a pretty solid sample size, even if it is small. To dig a little deeper when you look at the Clippers lineup stats and their full health production since the trade deadline, it's pretty scary

You then throw in a second unit that leads the league in scoring. With everyone healthy they very much proved to be a problem, so with all this time off and guys like George and Kawhi fully healthy is that going to continue in the playoffs? Nothing we saw before the hiatus led us to believe it wouldn't, so I'm curious if their dominance will still be there after this break in momentum. Remember they had won 7 of 8 before the stoppage.

2. Who is going to get boned by their star player being out of shape

This is the million dollar question when it comes to this hiatus and quarantine. Who is going to come back fat as shit and ultimately be a weakness for their playoff run. There are leaders in the clubhouse like Jokic/Embiid/Harden/Zion/etc and for those guys the fate of their season depends on them. Brett Brown said a few weeks ago he wants to play Joel Embiid 38 minutes a night this playoffs. That's a number he's never averaged, and he's going to do that after a quarantine. If Embiid isn't in shape the Sixers are cooked. That's even more true for the Nuggets. Jokic is the most important player on that team, everything runs through him. Remember when he and the team struggled early in the season? It's because he was fat as shit. Then he got in shape and returned to the MVP caliber player we know and love.

You know who is not going to be out of shape? Russell Westbrook.

Not surprising we aren't seeing those same videos from the other MVP.

There's just something that tells me given this weird season, we're going to see something wacky in the playoffs. Maybe not an 8 vs 1 upset like in 2007, but something is coming. Could it be the Mavs and Luka/Porzingis going nuts and upsetting the Clippers? Kyrie coming back and upsetting the defending champs? How nervous do you think the Nuggets are about facing that Houston backcourt in round one, especially with no home court advantage? In most cases the first round is mostly chalk, but I don't think it's crazy to think that will not be the case this year.

4. Who misses playing at home the most?

That brings me to my next point. You play all season for the chance to have homecourt in the playoffs. In basketball more than maybe any other sport, homecourt matters the most. Teams like MIL (28-3) and PHI (29-2) were virtually unbeatable at home. Great crowds, weird shit always seems to break their way, they are different beasts in their own building. Then you have teams like TOR that showed how effective they can be in a playoff run at home. By playing at a neutral location, that advantage disappears. I know for certain that as a Celts fan, potentially not having to play a deciding game in MIL or TOR if that's how it shakes out is a huge advantage.

Then you have a team like Denver that is no longer going to be able to rely on the altitude which is 100% real. I think with no home court advantage you could very well see an upset with both Houston over DEN and OKC over UTA. Maybe it won't matter at all, but I feel like after an entire season of watching every team be close to one another in the standings, sometimes home court is that little bit of extra sauce that helps you pull out a series. With that gone, I can't wait to see how that impacts things.

5. Who is going to be the random breakout playoff performer

You know there's going to be someone who was struggling before the break and is going to come out of this quarantine somehow playing a million times better in the playoffs. Maybe the rest does them good, maybe they've been spending this time working on an area of weakness, but someone is going to stand out.

Could it be someone like Kyle Kuzma, who was shooting 43/29% before the break? He's certainly an X factor candidate for the Lakers I'd say. What about Thybulle for the Sixers (41/35%), Oladipo for the Pacers (39/30%) or Mike Conley for the Jazz (40/37%). Sometimes when you're struggling offensively and you're able to take a break and clear your head, it can make all the difference in the world.

The good news is we're under two months away from getting answers to these questions. We're practically at the finish line and I can't wait.