If I know Nick Saban like I think I know Nick Saban, he wants to murder somebody for having to wear a mask in the first place. Not only because he feels ridiculous in it but also because it's super inconvenient for when he wants to snack on some Little Debbie Oatmeal Creme Pies. This right here is the face of a man who is about to unleash his rage with a fury like the crashing of a thousand waves. 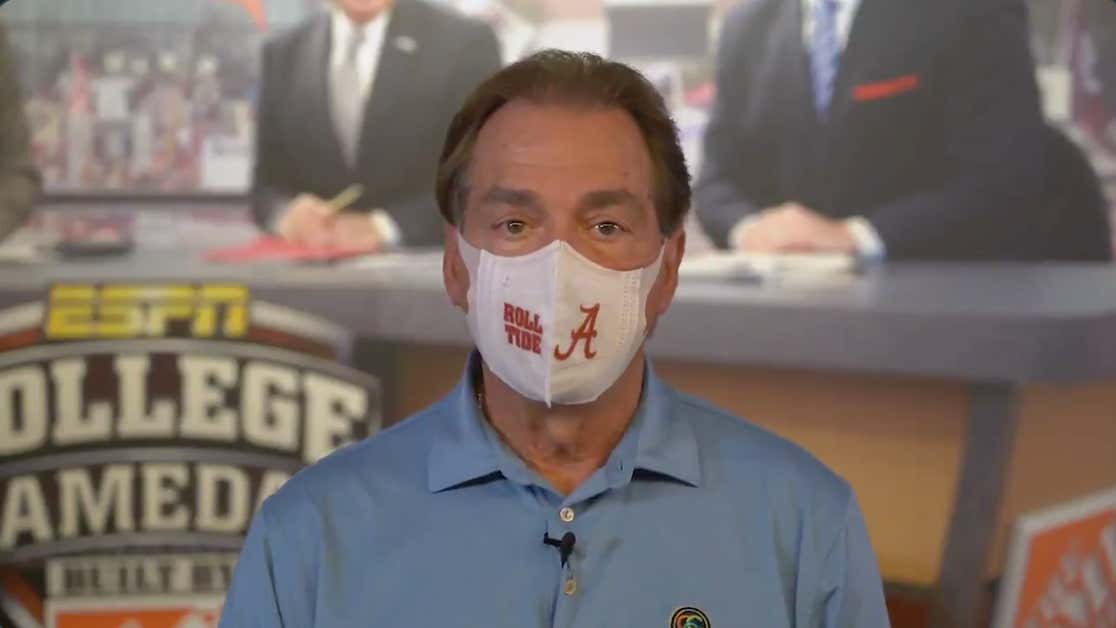 But if there's one thing that Nick Saban hates more than having to wear a mask in the first place, it's having to take time out of his day to act in a PSA video about wearing masks and social distancing. Just the term "social distancing" alone is probably enough to send him over the edge. And sure, acting comes extremely natural to Nick Saban. Anybody who has ever seen his Aflac commercial can realize that. But he still doesn't want to do it because how does that help him beat the shit out of Auburn? So he's already furious about wearing the mask. He's already furious about having to act in a PSA. He despises everything that's going on here.

And if there's one thing that he hates more than all of that combined, it's the possibility of not being able to play this fall. You take football away from Nick Saban in the fall and I don't even want to know what that looks like. We are teetering on the edge of catastrophe right now. Which is why it is absolutely insane to me that Big Al didn't end up getting the shit kicked out of him for not wearing a mask here. 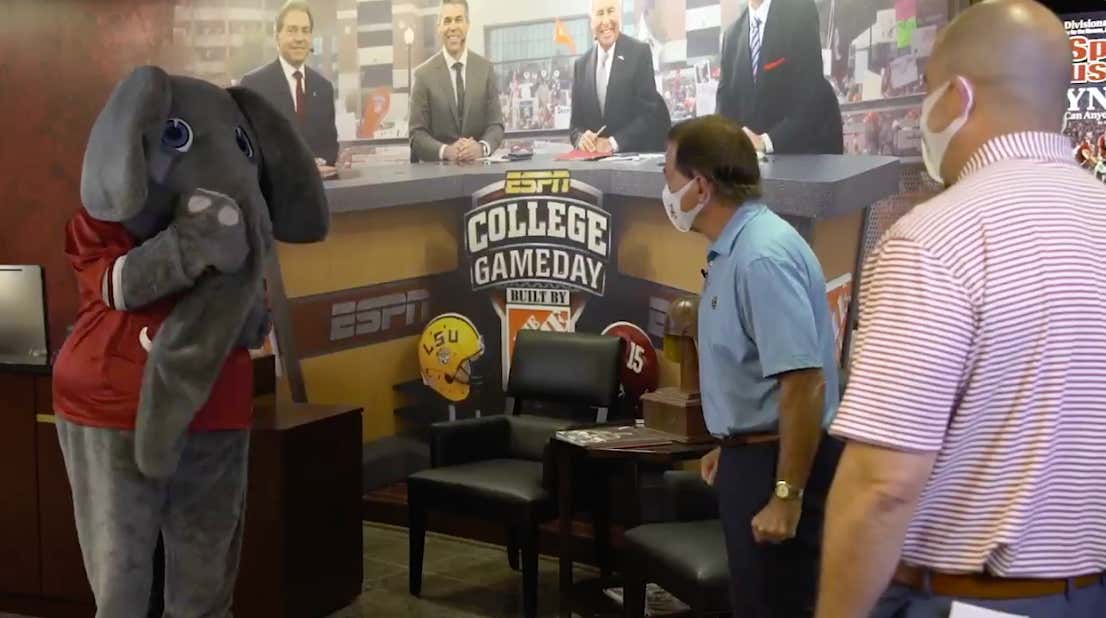 Saban already told him to wear a mask in the building and this man does not like to repeat himself. The longer it takes him to start wearing a mask, the longer Slick Nick is going to have to wear his. The longer he'll have to be making these videos. Big Al is living on borrowed time right now. His ass is firmly in the jackpot.