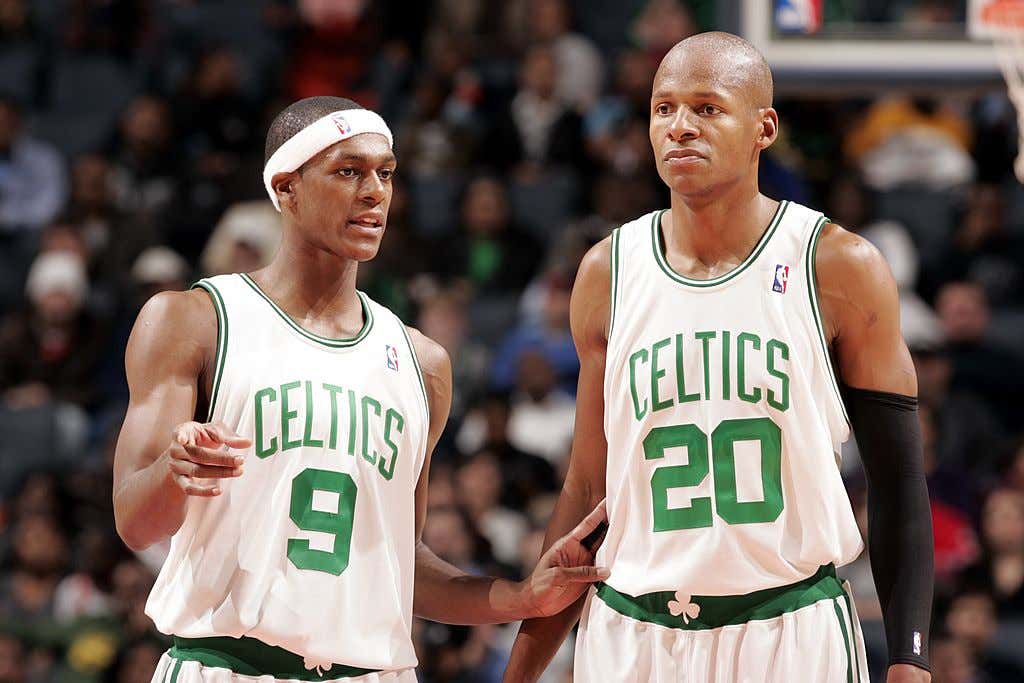 I've said it before and I'll say it again. Kendrick Perkins becoming a media sensation is one of the best things to ever happen for Celtics fans. Every time he is put in from of a mic he delivers with awesome stories. Doesn't matter if it's about Pierce and LeBron or as this video explains, the beef between Rondo and Ray. I'll be honest, I figured most of the hatred was based on how Ray left Boston to team up with LeBron, but according to Perk it does deeper than that.

The timeline Perk is talking about here is crazy too. That 2008-2009 Celtics team was incredible. They started off 21-2 which was the best start in Celtics franchise history, they ran off 19 wins in a row which is a franchise record and their 27-2 record was the best season start in NBA history! This team was nails! Rondo was putting up 11.9/5.2/8.2/1.9 on 50/31% splits and was very much backing up what we saw him accomplish the year before, you know, when they won the whole damn thing. Not exactly a time when most teams trade their starting point guard.

But it gets even more crazy when you look at things from the Hornets perspective. In 2008-09 Chris Paul was only 23 years old and would make his second All Star team. He was putting up 21/5.2/10.3 on 50/36% shooting. Why the hell were they looking to omve him so early? In the summer of 2008 he signed a 4/63M extension so that's a little strange. Safe to say he was a monster, so it's not like Ray wanted to trade Rondo for some scrub. Ray also wasn't exactly alone, Danny Ainge was obsessed with landing Paul. As we know he would then be traded in the 2011 season and Ainge was once again interested, offering to give up Rondo once again. That of course never happened, you had the David Stern blocking the trade to LAL disaster, and Paul ended up a Clipper.

When you look back at the relationships on that team, it's no surprise Pierce/KG/Ray/Perk are all so close and nobody really talks to Ray. The MIA shit appears to just be the cherry on top. Even if Ray technically wasn't wrong in his desire to bring in Paul, you don't break up a team that just won a title a year earlier when the player you want to trade had a pretty big role in that success. Rondo was the PERFECT point guard for that team. A pass first wizard who became an absolute monster in the playoffs. No shit KG and Pierce shot that down.

All I know is I need more Perk stories and I need them immediately. We'll probably never get a 10 part documentary series on that era of Celtics basketball, so if Perk is willing to air out all the dirty laundry my ears are wide open.