The other day, Smitty and I were playing MLB The Show and the name Julio Franco came up. I mentioned that I thought he was still playing somewhere in Asia four or five years ago. Well it turns out he's still trying to play — at age 61.

I remember Franco as a Brave when I was a kid and I didn't even realize until now his five years in Atlanta came in his age 42-46 seasons. And yet, he was still a good player. At 45 years old in 2004, Franco slashed .309/.378/.441 in 125 games. I guess if you're able to produce like that in the Big Leagues at that age, it's probably not unreasonable to still think you can play in Korea at 61. 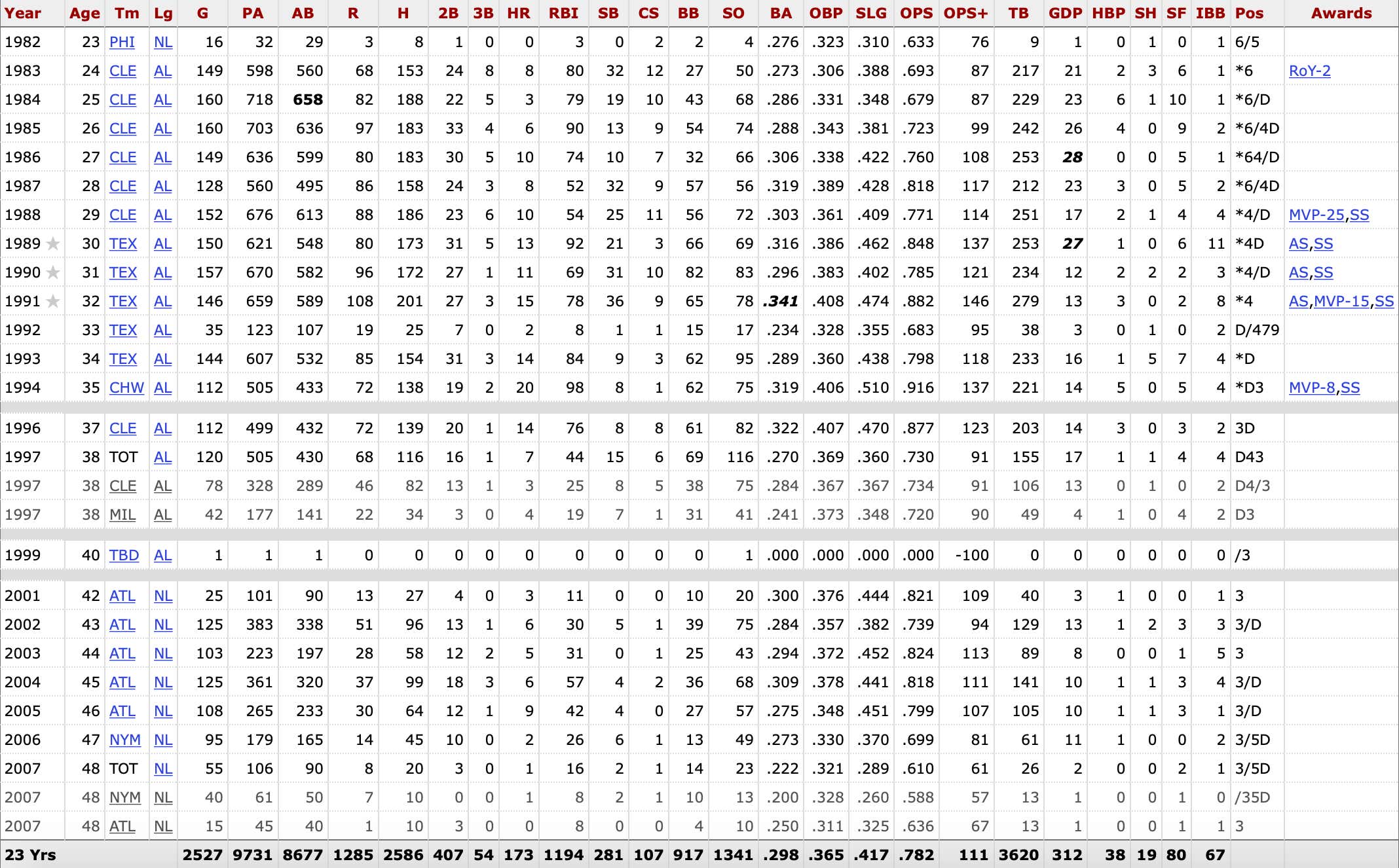 Franco began his Major League career 15 years before I was born and is still trying to get in the box. I respect the hell out of it. Just play forever.

I have no idea what his options are at this point, but given that the video was tweeted by an employee of the Lotte Giants, I would be overjoyed if my favorite KBO team took a chance on the ageless wonder that is Julio Franco. He's still rocking one of the all-time batting stances in the history of baseball and we deserve to watch a 61-year-old former Big Leaguer step into the box against KBO pitching.

We're all rooting for you, Julio. Never stop.