I will say that this was one of those oddly satisfying videos watching the tape get ripped off. It relaxes me.

That being said. This table? I know it's an inanimate object....but I want to fight it. I can hear this table's annoying voice discuss how much she hates her sorority sister before she shows up to the pregame and then once she did she hugs her while saying how much she "missed her." This table has a dad that loves her daughter, but deep down he's a bit disappointed in the person she's become.

It just kept getting worse as the video continued. It's the most basic piece of art I've ever seen. It's almost as if SNL was doing a skit on basic white girls. From White Claws to Friends to Greys Anatomy. The only thing missing was The Bachelor.

The table also has a shout out to nurses in the middle of the table. I'm not sure if the person who made this is a nurse, but if she is, that is the most believable thing of all time. 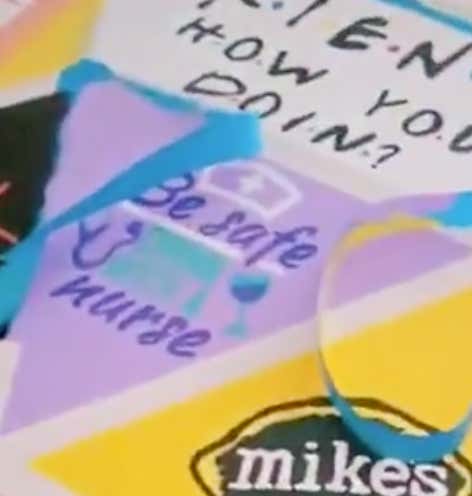 P.s. I laughed out loud when I noticed the table features a Blue Lives Matter flag on it in between the Titos & White Claw logo. 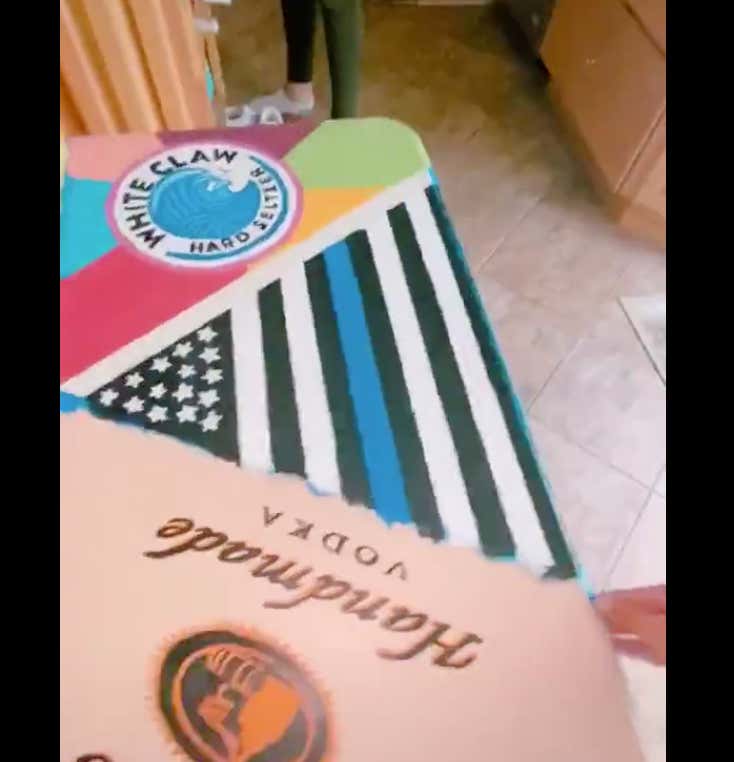