First up I'd like to congratulate myself on my first ever bug-related clickbait. It's not easy - You've gotta have an acute lack of integrity & be reaaal desperate to do that ha ha but thanks for being here!

Second, FYI: cicada = locust. So we've got murder bees & locust swarms adding a nice little flavor to an already delicious 2020 for all. MwahahahahHAHAHAHA

People in parts of Virginia, North Carolina and West Virginia may open their widows this summer to hear a strange buzzing sound. It's the din of millions of cicadas, which will be awakening in the region after spending 17 years underground.

Cicadas emerge in different parts of the country at different times – either annually, or periodically every 13 or 17 years. This particular invasion will be from Brood IX, which has not swarmed the region since 2003-2004, Virginia Tech's Department of Entomology in the College of Agriculture and Life Science said in a press release.

Some parts of the region experienced the natural phenomenon in 2013 when Brood II emerged. But with as many as 1.5 million cicadas per acre expected to emerge this year, the region will have to get used to the strong buzzing sound.

Right now it's looking like VA, NC & WV but they're all over the place. The website CicadaMania (an interesting delight - highly recommend browsing around it esp. because your mouse arrow becomes a tiny cicada) tracks areas & years they're bound to pop up. (Note to self, take vacation away from NY the summer of 2030.) 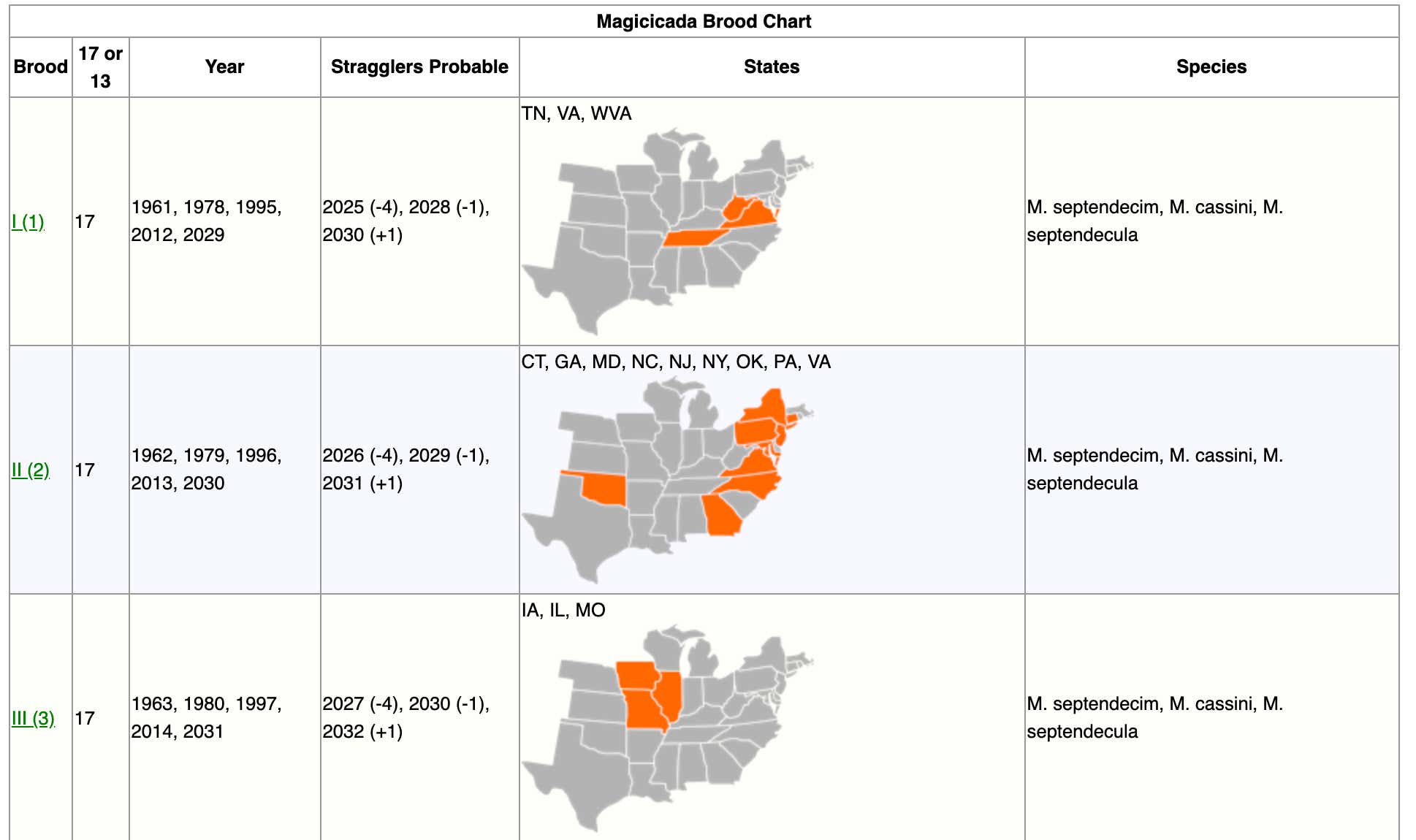 Besides swarms of millions making outdoor life a hassle in these areas for a bit, is there any reason to be concerned? Do they sting or bite? Also via CicadaMania's Q & A section:

Technically cicadas don’t bite or sting; they do however pierce and suck. They might try to pierce and suck you, but don’t worry, they aren’t Vampires nor are they malicious or angry — they’re just ignorant and think you’re a tree. Just remove the cicada from your person, and go about your business. Cicadas also have pointy feet, egg-laying parts (ovipositors) and other sharp parts that might feel like a bite.

Weird that an answer can be a relief yet still terrifying at the same time. Hey, if this thing pierces and sucks you no biggie - just thought you were a tree.

In closing, here's a video that shows a swarm in Cincinnati, Ohio during the summer of 2008. Come for the knowledge, stay for footage of a little boy killing them with a wiffle ball bat around minute 5:00. 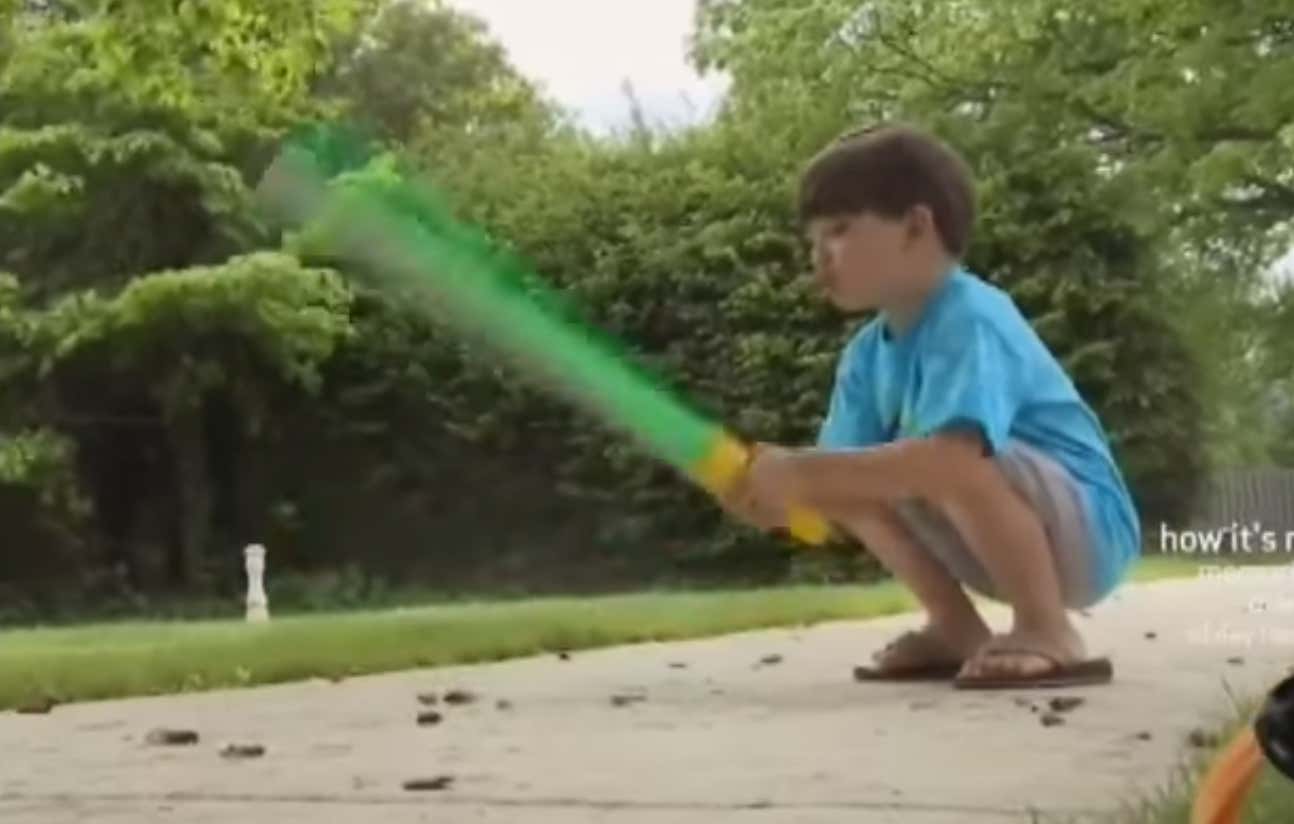