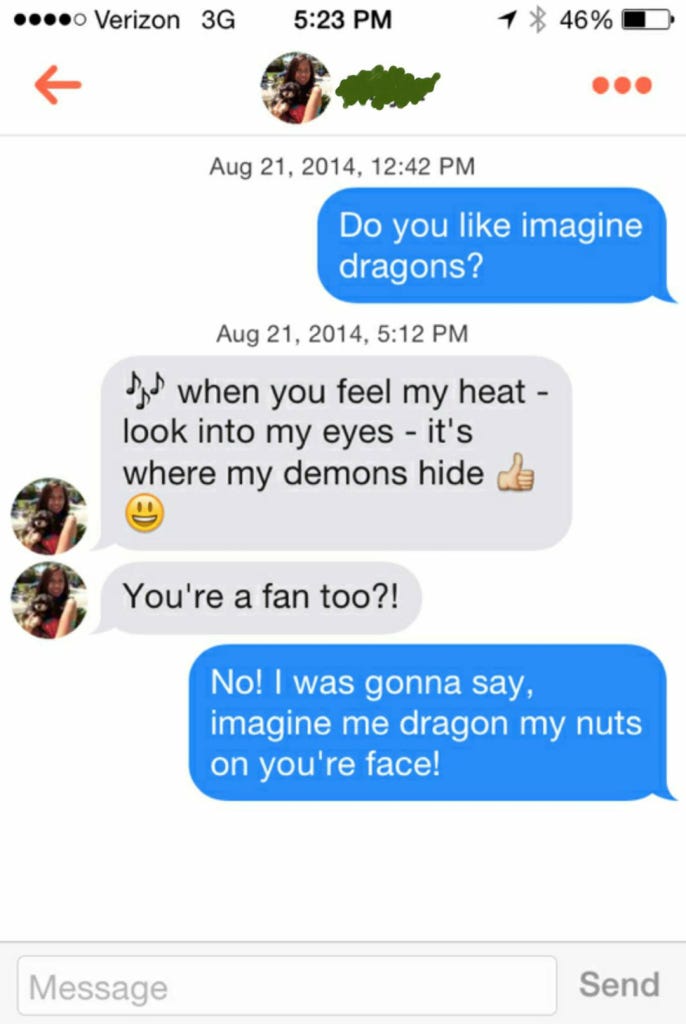 At first I thought this dude was such an idiot for how he messed up the your/you’re and felt the need to cement his joke with an exclamation point. But now I think he was just so excited at how perfectly this chick fell into his trap, musical notes and everything. It’s like if one of those psychos who track Bigfoot woke up one day and found the missing link caught in their bear trap, they’d probably be so amped up that they impale themselves on a sharpened stick in the process of running over to it like an old Twilight Zone twist. Just so hard to keep cool when a plan pans out. Either way, one thing is for sure: This dude is gonna be SO fucked when BOFA finds out.

And that means it’s that time for our new weekly tradition where I’ll run you through the best of Tinder to close out the work week. Tweet me anything funny or hot going on in your swipes because lord knows I already spend way too much time scouring people’s screenshots to find blog material. 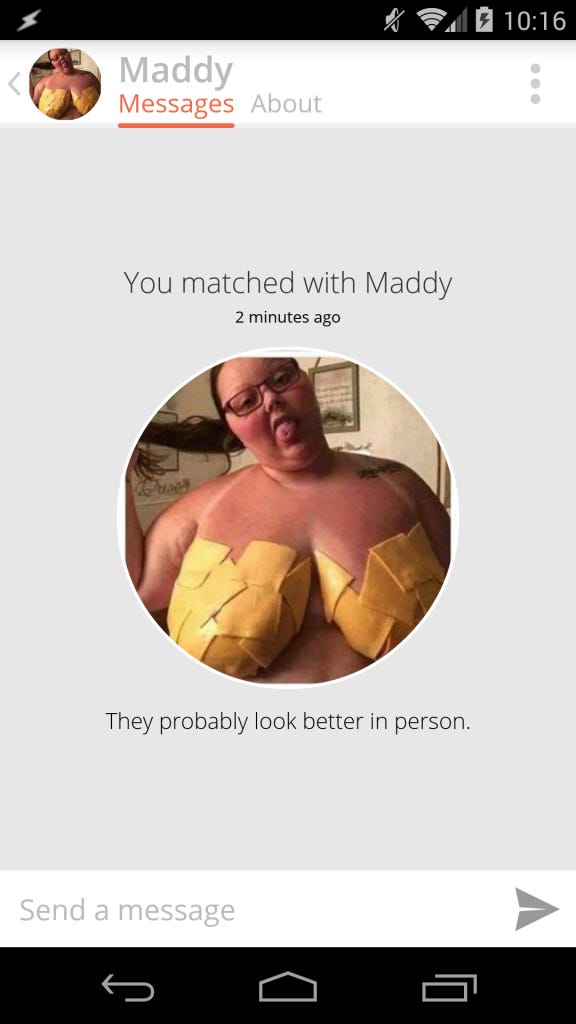 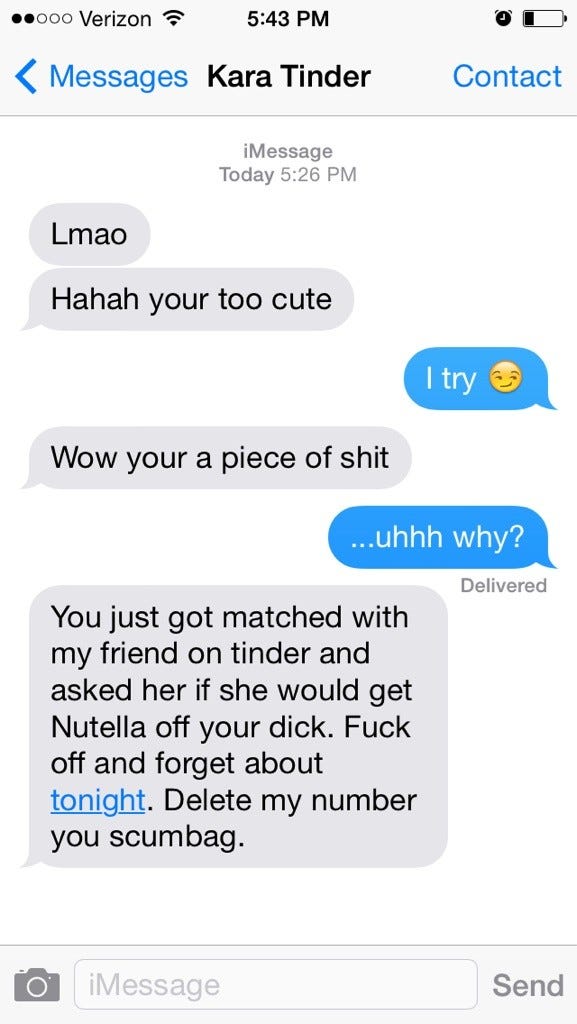 Sounds like Icarus here flew a bit too close to the sun. 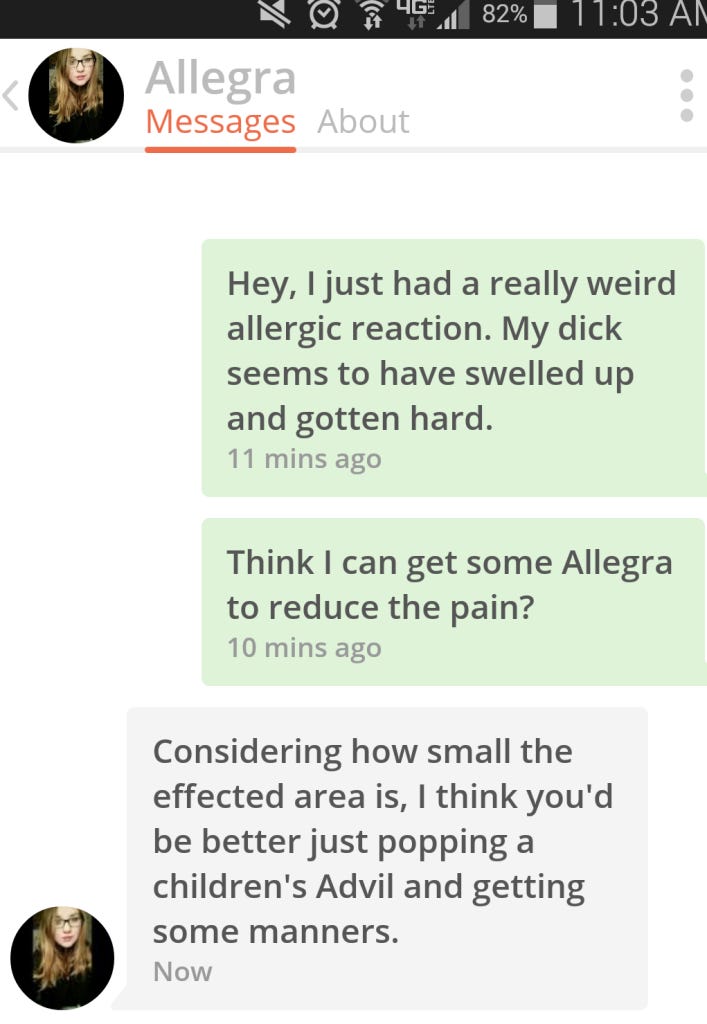 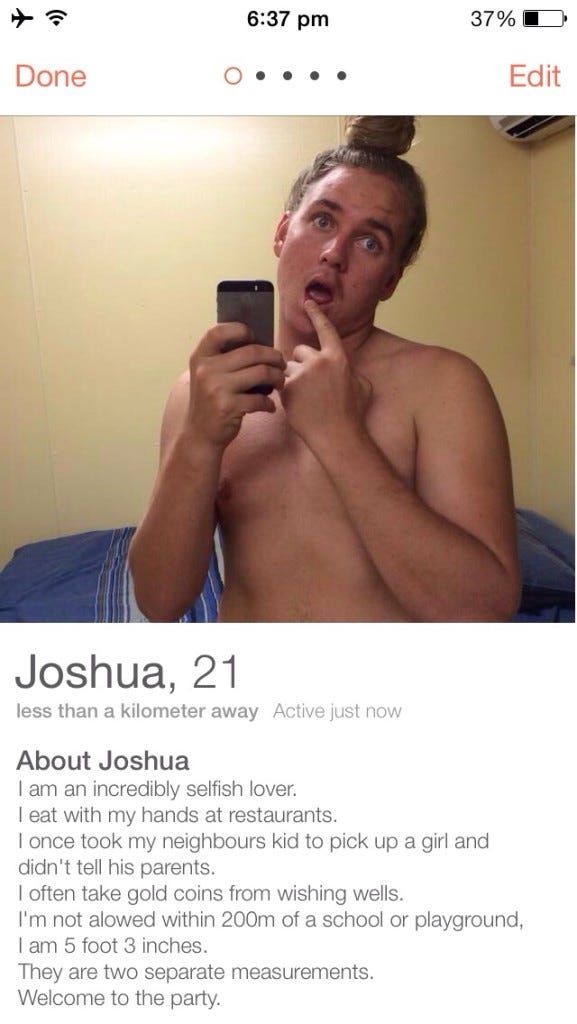 Sure this seems weird but Joshua of the Union is probably a fire show on Meerkat. 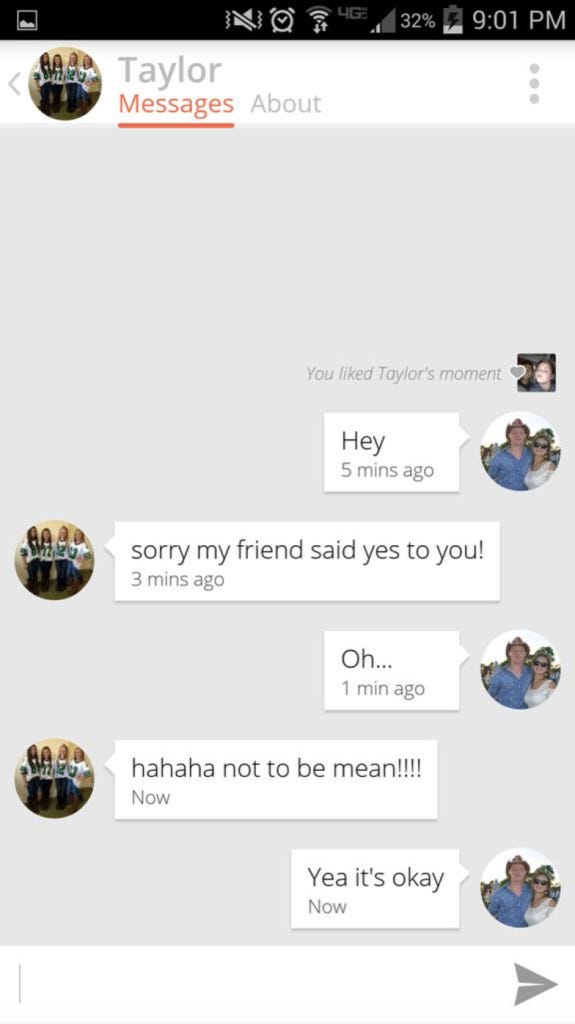 This one isn’t overtly funny but killed me, such a brutally awkward rejection from a soft 6. #itgetsbetter (via @uncle_sam69) 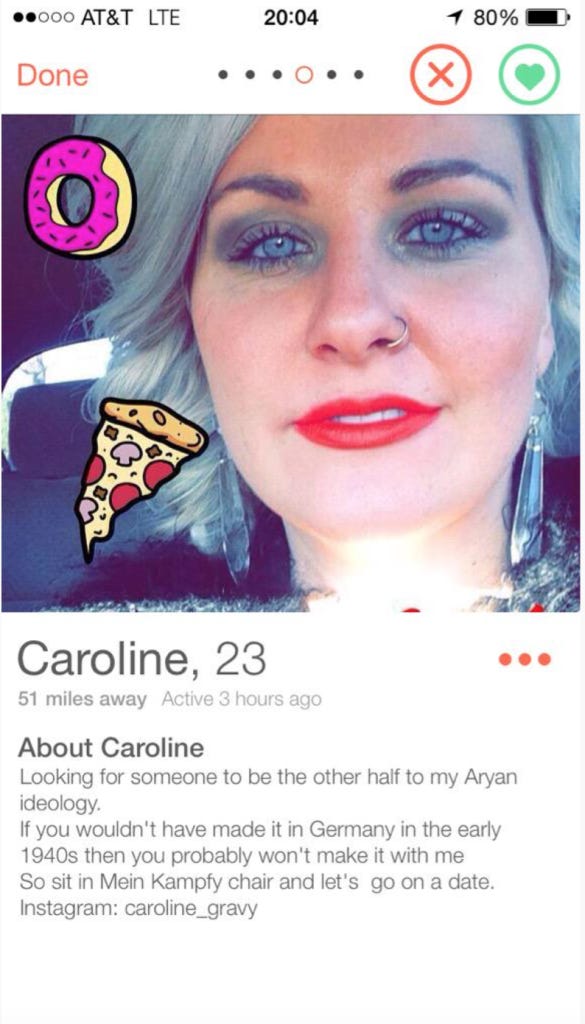 Based on this one pic, a Nazi 23 must be the hardest ridden 23. BIG victory for the chosens out there (via @mike_diliello) 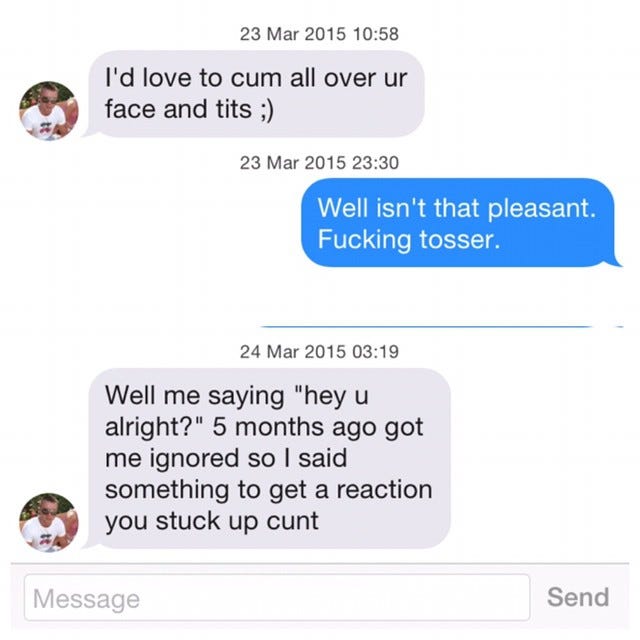 And the hot ones (with some possible NSFW)… 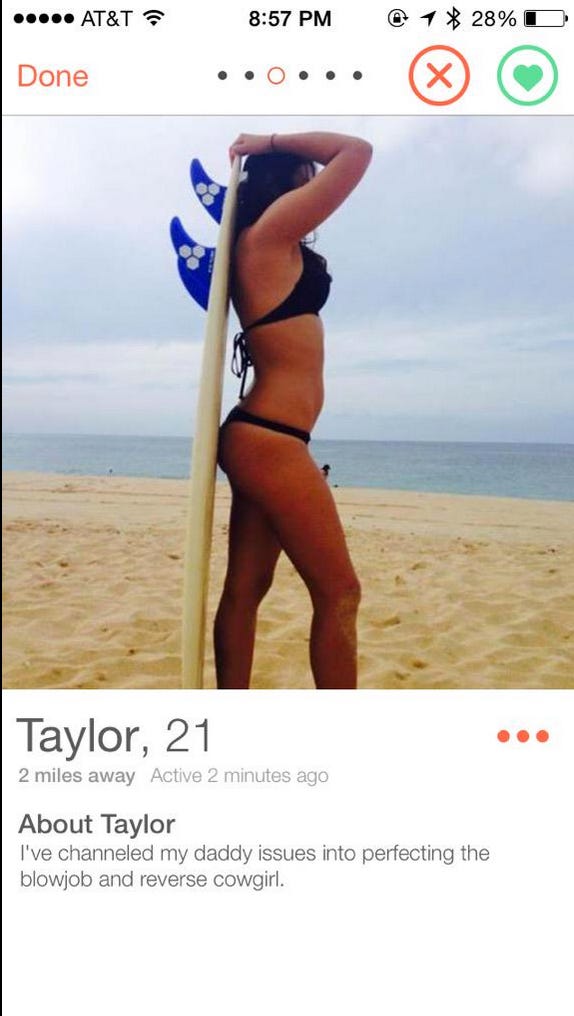 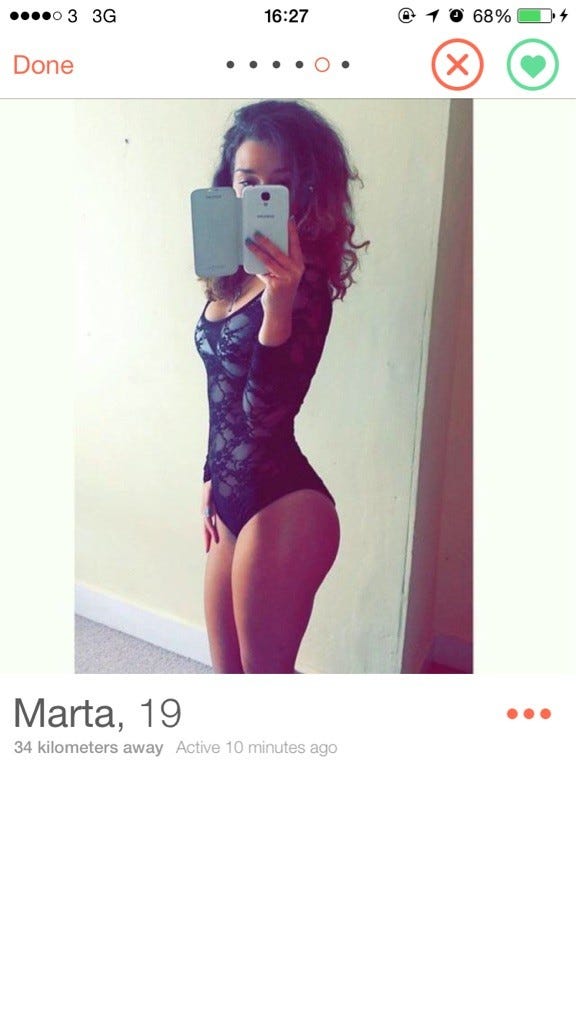 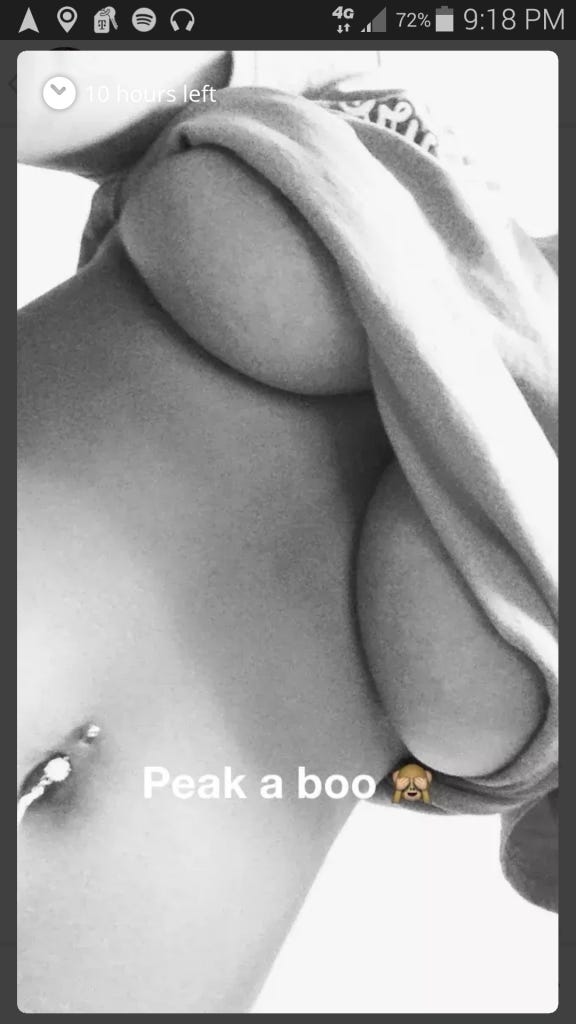 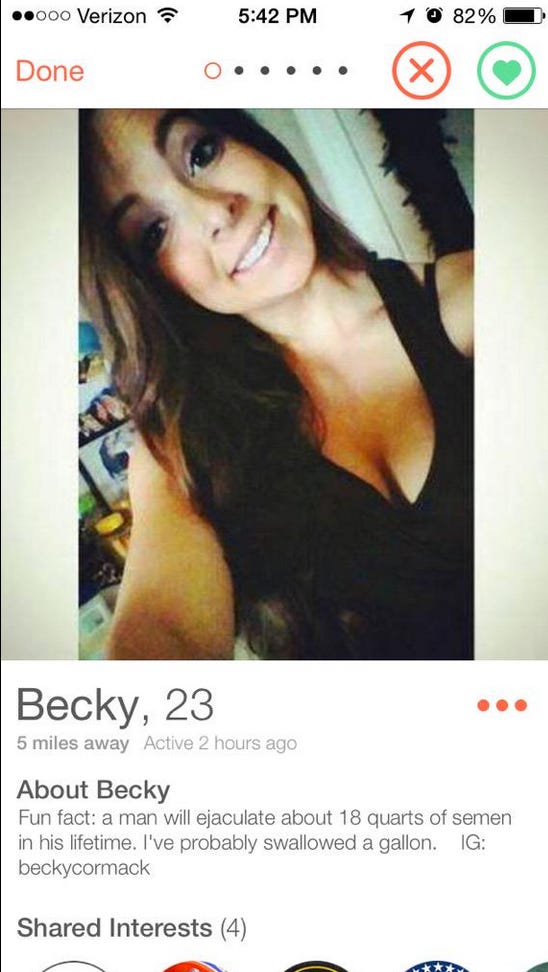 One of those “hilarious jokes” that’s deeply rooted in truth. Ol’ Bleach Breath Becky is on that Lil Kim stomach pump life, no question. (via @dsheehan102) 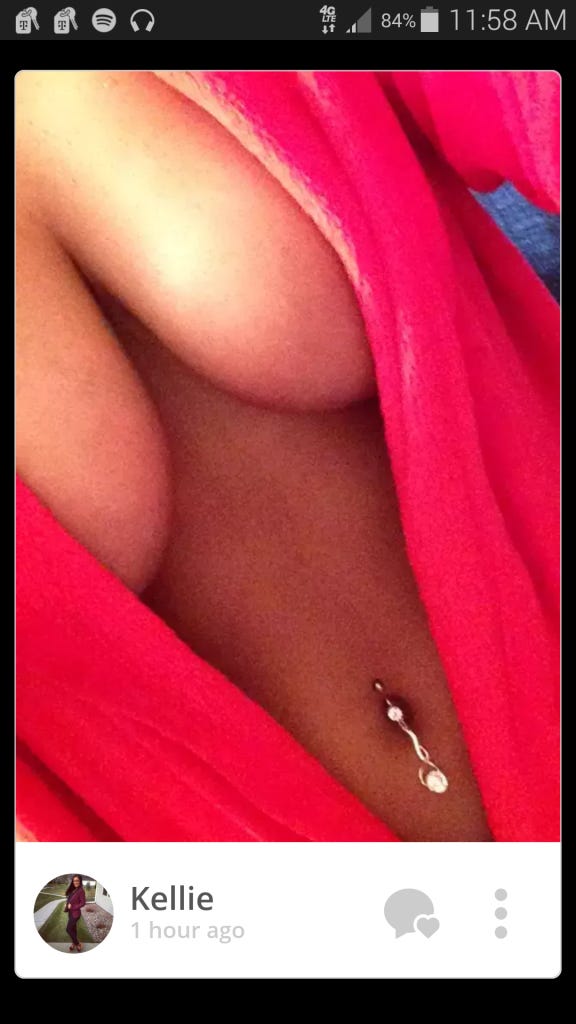 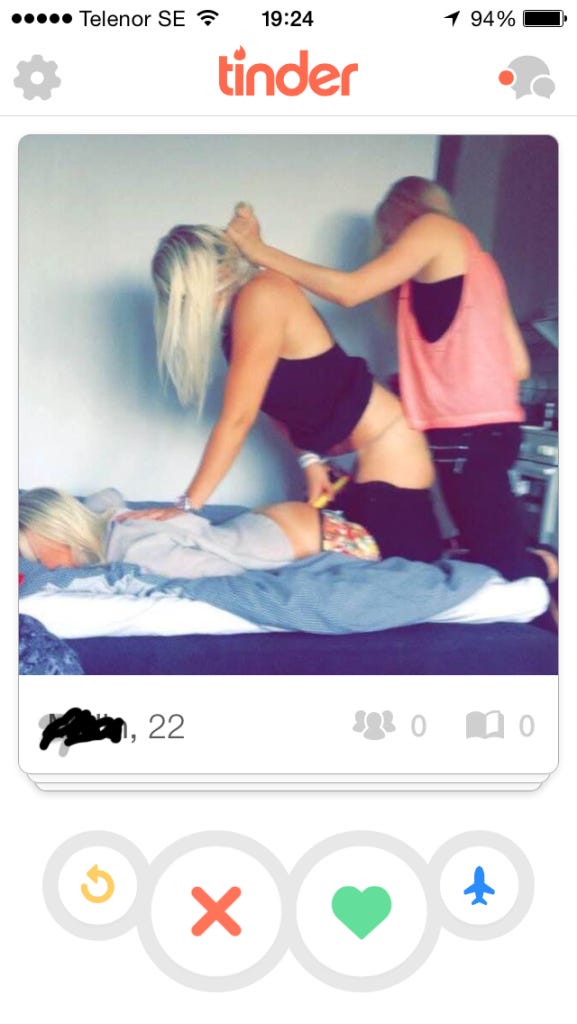 And a REEEAL aggressive NSFW as the cherry on top. Happy matching, friends.