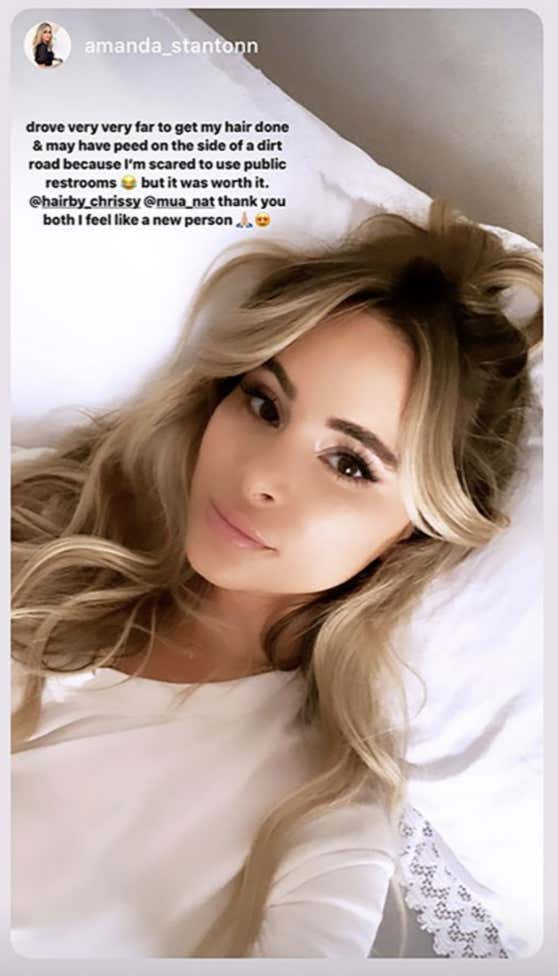 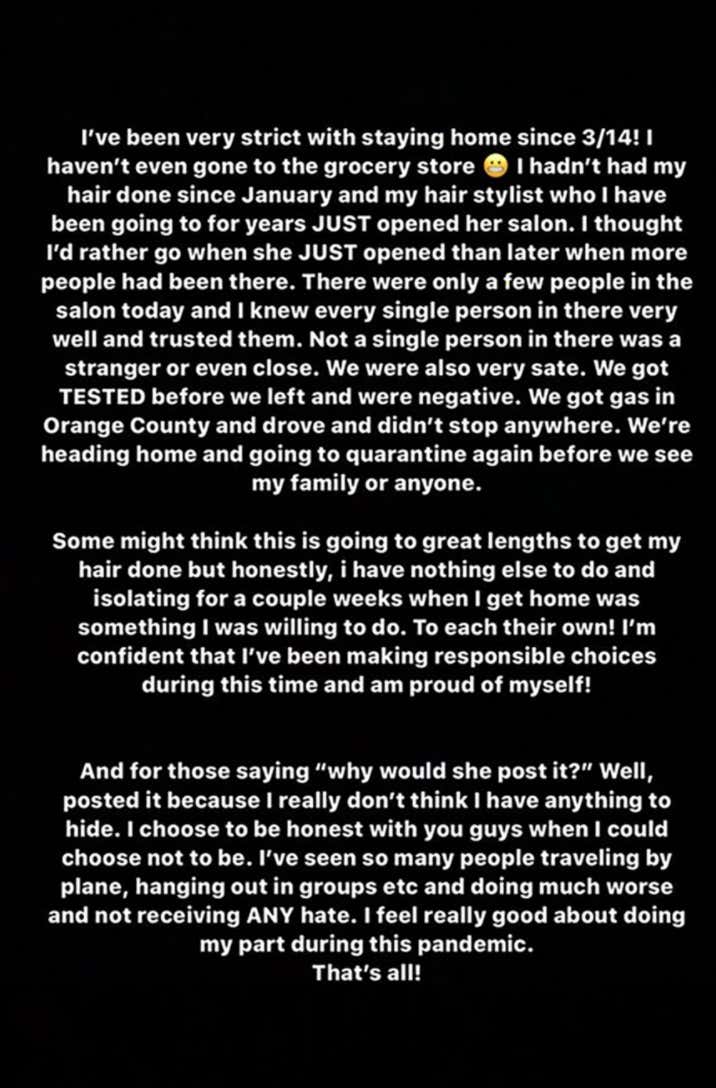 PEOPLE- Amanda Stanton is defending herself from critics after she drove to Arizona to get her hair and her daughter's hair done during the ongoing novel coronavirus (COVID-19) pandemic. Stanton, who lives in California, documented her trip on Instagram to the neighboring state, where businesses like hair salons have been allowed to reopen. "Drove very very far to get my hair done & may have peed on the side of a dirt road because I'm scared to use public restrooms," Stanton, whose 8-year-old Kinsley joined her, wrote next to a photo of her freshly treated hair. "But it was worth it," she added, saying that she feels "like a new person." The mother of two quickly found herself defending the decision from critics who said that she should have stayed home because of the pandemic. Stanton explained in a lengthy statement on her Instagram Story Monday that she and her daughters have been social distancing at home since March 14.

Now listen, I get why people are pissed. We're in the middle of a global pandemic and the thought of driving to a DIFFERENT STATE just to get a haircut is preposterous. Amanda Stanton can give every reason as to why she thinks it was an okay move but nothing is gonna make people less outraged. And it's not like she lives right on the California/Arizona border. Amanda made sure to specify that she drove, "very very far" to get haircuts for her and her daughters. It is pretty preposterous but you know what? Amanda Stanton is kind of preposterous. When I saw the headline Bachelor Alum Amanda Stanton Drives To Arizona To Get Her Haircut my first thought was, "That's very Amanda Stanton of her". She's a wild card.

Wild card. Total and absolute wild card. So if you saw the haircut headline and no part of you thought, "Well yeah" then you haven't been following the life of Amanda Stanton for very long.

I will say, I don't believe Amanda when she says the reason she posted her haircut journey was because she's honest with her followers and she has nothing to hide. That's gotta be a lie, she simply misjudged the situation.  She misjudged how people were gonna feel about her driving to a different state to get her haircut. She had to think people were gonna be totally cool with it and were going to fully support her decision. Because if she thought for even one second that people were gonna be super duper pissed about it, she would've done it anyway but not told any one about it. That's what I would've done if I were her. I would've kept it from everyone. I would've gone Zero Dark Thirty on their asses and got my ears lowered in secret. Live and learn.