Today's Pardon My Take included a legendary guest if you are a WWE fan or even have a slight interest in the sports entertainment universe. It's a bucket list get for Big Cat: The Undertaker. One of the WWE's GOAT's joined Mr. Cat and Mr. Commenter to discuss his new documentary,"The Last Ride," behind the scenes of his career, and being buried alive. Of course, no interview with The Deadman would be complete without addressing "The Streak" that lasted for more than two decades at WrestleMania. Taker gives us an inside look at how the decision to turn his record into 21-1 went down:

Mr. Cat: Can we bring up "The Streak?" The Streak was the most impressive streak in all of sports history, I think. It's the one streak, you could talk Joe DiMaggio's streak, or something like that, but I think your streak is the one that will never be touched: the WrestleMania streak, 21-0. I was there the night that you lost, I was shocked. When you did lose, obviously everyone knows wrestling and there's "the show must go on," was there a feeling after that, like, "Damn, this really does kind of suck? The streak is over."

The Undertaker: Yeah, on a personal level, of course. Selfishly, would I have liked to have gone 25, 26-0? Of course. I mean, that would probably have been the greatest record in all of wrestling. But, business is business, and sometimes you're up, sometimes you're down. The most important thing, after that one, afterwards, I mean, I was concussed. So, I didn't even remember it. I was more concerned afterwards about my head to stop hurting and being able to come out of the dark for a couple weeks. But, the streak, it is what it is. I double checked with Vince [McMahon], I said, "Are you sure that's what you want to do?" And he was like, "Mark, if it's not him [Brock Lesnar], who's ever going to beat you?" And I was just like, "Alright. It's your call, and if that's what you want, that's what we'll do." 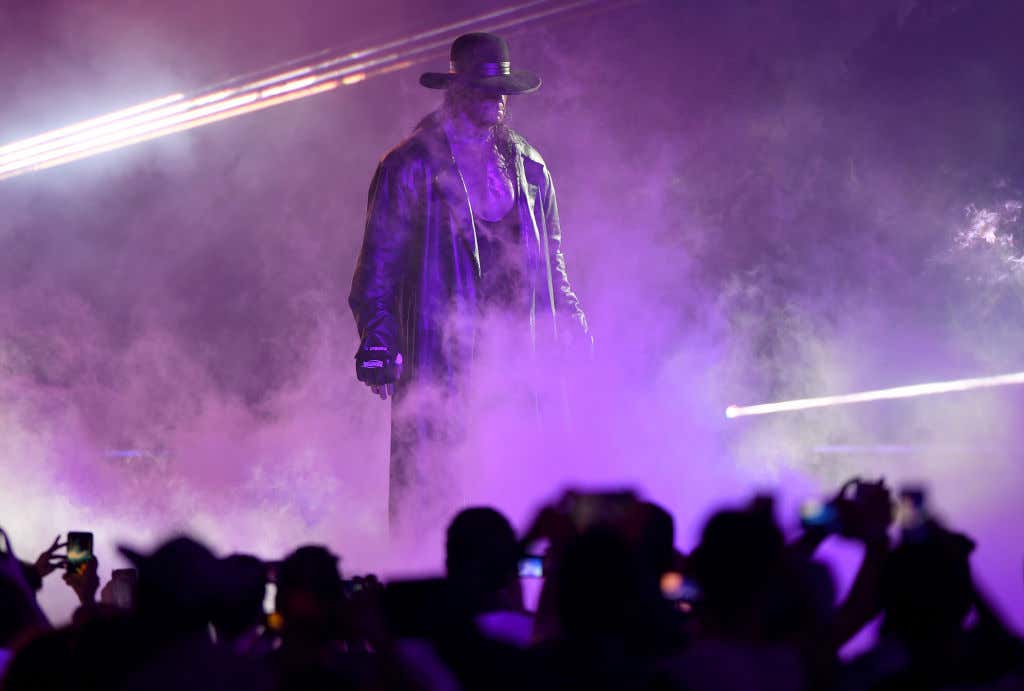 Mr. Cat: How many days before did you have that conversation? Because I'm always curious, did you say, like, "Hey, how about I keep winning? Come on. Let's maybe just keep this going."

The Undertaker: It had gone back and forth, but I showed up that day thinking I was going over. And it changed the day of.

Mr. Commenter: Wow. So, he doesn't leave you that much time to argue with him and be like, "Hey, let me change your mind, Vince."

The Undertaker: Well, like I said, we had gone back and forth, and all I wanted to make sure was that he thought it all through. Because by that point, "The Streak," it was whoever was the main event, and then there was "The Streak". Those two things were the two most important things of WrestleMania. If you weren't in the main event, you definitely wanted to be against The Undertaker trying to break "The Streak." So, obviously, when you broke it, you lose that aspect of WrestleMania. So, I just wanted to make sure he was confident and that was the decision he felt comfortable with, and the rest is history, I guess.

While each WWE storyline may be carefully scripted, you could sense the genuine shock around the world that night. It was like one of your favorites TV show characters passed away. It felt as real as it gets. Especially for our friend in the front row, who has since become a viral meme/GIF sensation: