Source - A 28-year-old Washington state man said he drove more than 600 miles to get a haircut in California after seeing a friend’s Facebook post about getting a trim when most barbershops are shuttered amid the coronavirus pandemic, the LA Times reported.

He was getting so desperate lately that he even considered shaving his head, according to the paper.

But when he heard from his pal in Yuba City, north of Sacramento, Farr came up with his hair-raising plan to hit the road for the long trip to the Butte House Barber Shop in Sutter County.

Shop owner Wes Heryford, 42, said he has been cutting the hair of customers near and far.

“There’s not very many options and people are excited that there is someone cutting hair, so they have no problem to drive three or four hours to come see us,” he told the paper.

After paying $20 plus a tip, Farr left sporting a fade cut with a quarter-inch taken off the top.

So let me get this straight. A man drove 600 miles, the length of a trip from Boston to NY and back to Boston....for this??? 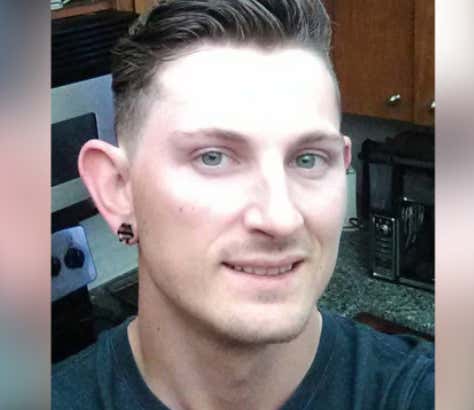 A quarter inch off the top and a fade on the sides? And multiple news outlets picked it up as a story? That's where we're at in the news cycle? Strange. You have to wonder what went into that decision. Not the writers, the guy who got the haircut. I mean you're not seeing anyone, you can't go out on a date, just let your hair grow. The one good thing about quarantine is that everyone is going to come out of it with a flow. That's what Large did...

If you're lucky enough to still be employed you'll probably have a few extra bucks in your pocket from staying home too. We talk a lot about politics often breaks people's brains, well I'm beginning to think the same holds true for quarantine. Some people just can't handle it. They start doing things they would never normally do if they had their freedom. This guy is a prime example. So if you're reading this and you're itching for a haircut, just relax. There's no need to hop in the car and drive 600 miles. You've come this far, don't start acting crazy now.