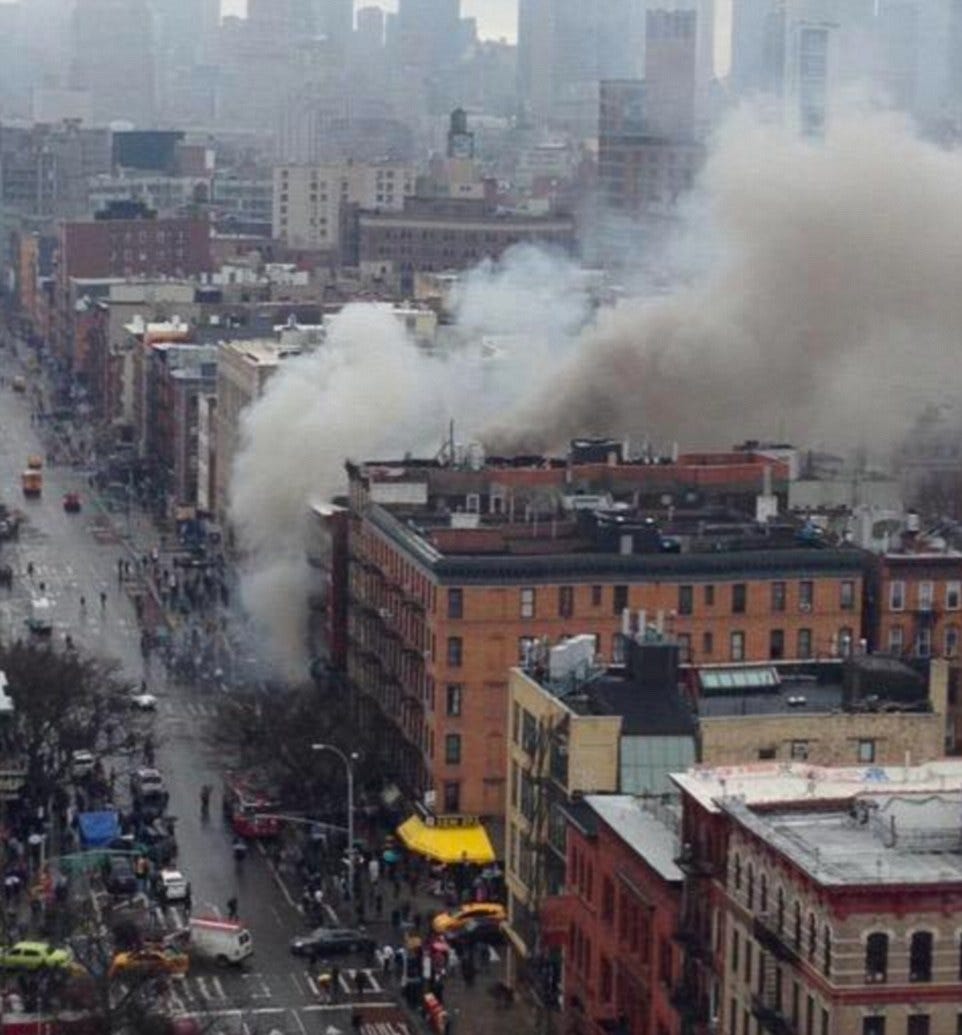 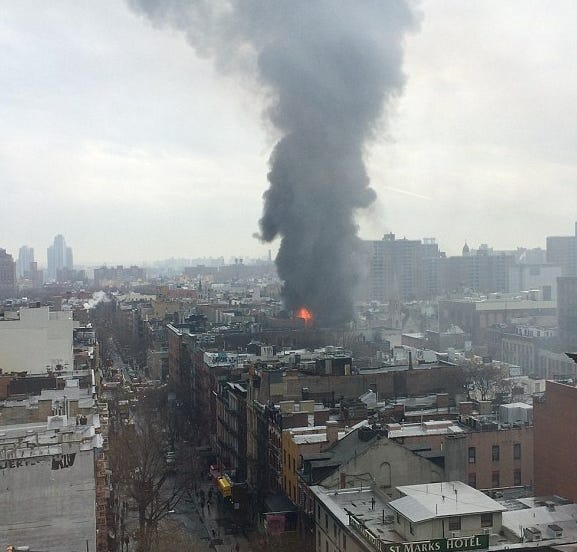 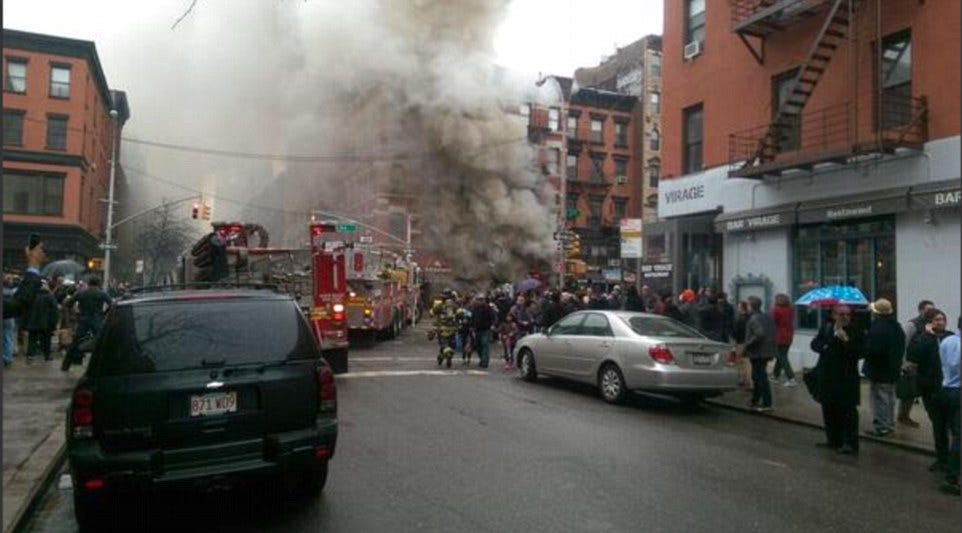 Daily Mail – Emergency responders have raced to the scene of a partial building collapse in New York City’s East Village, where scores of residents could be trapped. Flames could be seen ravaging the structure on Second Avenue and 7th Street, while NBC4 reported that at least three buildings were on fire. Thick gray smoke billowed across the sky while debris could be seen strewn across the street. ‘FDNY on scene with a building collapsed, Aprox 40 Patients trapped,’ NYC Scanner tweeted.  The incident unfolded just before 3.30pm on Thursday. ‘Just heard an explosion and my entire building shook!!’ Twitter user Tosha Ryan wrote at 3.24pm.  The FDNY declared a three-alarm emergency at the scene – a mixed-occupancy building at 125 Second Avenue. Multiple ambulances and a K9 unit have also been sent to respond to the incident, it reported.

Scary stuff in the East Village today. Theres like a zillion things that can go wrong at any given moment in NYC and when you see stuff like this you just wanna run away from this godforsaken city and never look back. Hope everyone is ok.