For the life of me I couldn't find a downloadable video of the fight to put in here, but if you click the hyperlink below it takes you right to it. A lot of haymakers but a sadly fun watch..

From The Chronicle UK:

Police were called after a huge crowd flouted lockdown rules to watch an "organised" fight near a pub in Walker, Newcastle.

The fight was even streamed on Facebook Live, with footage showing a boxer knock his foe down to the ground.

And people are big mad about it: 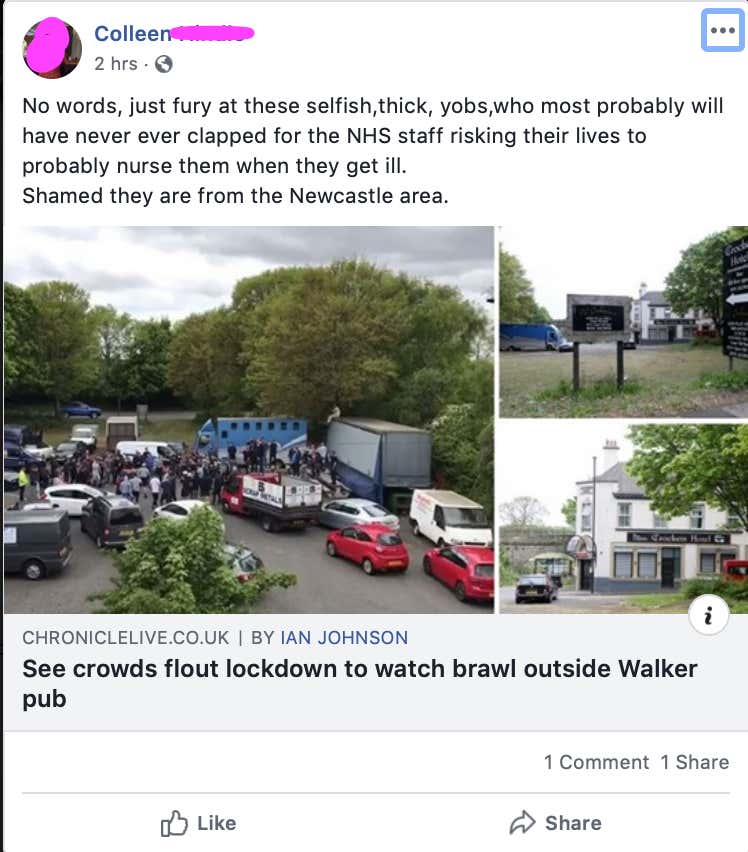 "I can't see my family or friends, yet some people think they are invincible battering each other in car parks," fumed one nearby resident.

Footage shows onlookers moving around outside the Crockets Hotel, with around a dozen vehicles parked up outside.

Among them, scrap vans and even a lorry - which was acting as a makeshift stand for spectators to get a view of the action.

Month 4 of isolation: Fight Club. (Let's hope they don't have access to any explosives.) They're even bringing their own mobile stadium seating. Even Tyler Durden didn't think of that.

This also made me think of Rough 'N Rowdy… can you imagine one in the UK? Some deeply soccer-hooligan town, sort of in the boonies? I'd pay my own way to be there. To the staff at Crockets Hotel where this took place, maybe hit up our fight organizers?? Eh??