On yesterday's Last Week Tonight John Oliver took a look at "what sports have become in the age of coronavirus and what the path back for them might look like". As per usual an amazing job by the show's writers & researchers for this segment. They looked at ways teams have stayed engaged with their fan bases, how they've helped with charities and other causes during this time, and highlighted mascots and players who've found unique ways to stay socially distant (big shoutout to Gritty).

Oliver also touched on one of the most important aspects in the current state of sports which isn't just how it affects athletes, but all the stadium workers. After playing video interviews of two food service workers for the Sixers/Flyers/Eagles he noted,

...it's worth remembering that although Philadelphia sports fans are a horde of inhuman monsters who deserve neither sympathy or understanding, the people paid to tend to those monsters really depend on their monster money.

He's not entirely wrong about the monsters thing... but isn't that what's so endearing about us?! Eh?!? Guys?! Also, I think Oliver feels more emboldened to voice these things because he knows the fans won't be able to catch up with him if they ever meet in person...

Anyways if you have the time, check out the clip. Good stuff.

Totally unrelated side note, I went to the show's official website to link it in here and the photo I was greeted with immediately brightened my day… What a delight! 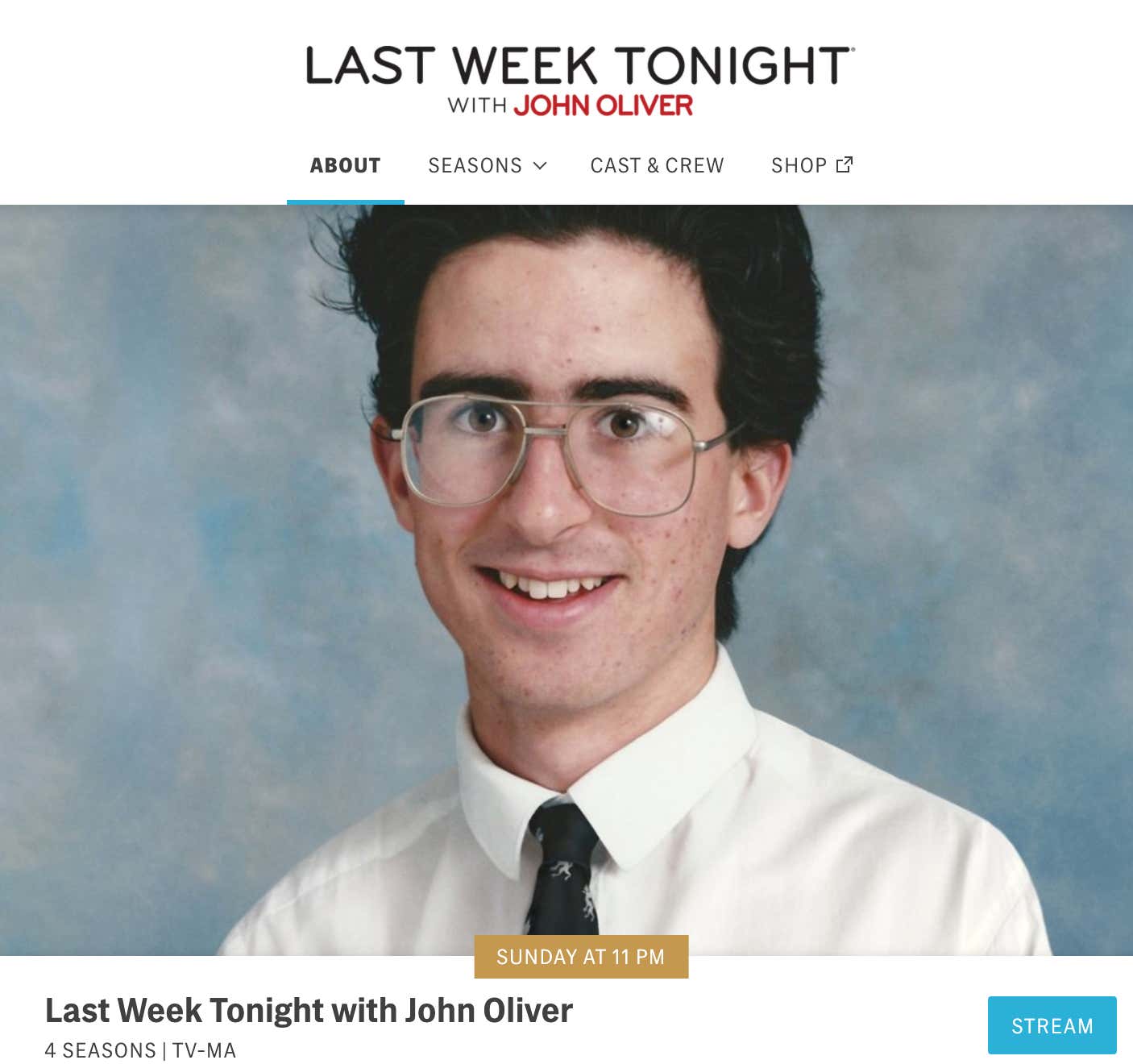