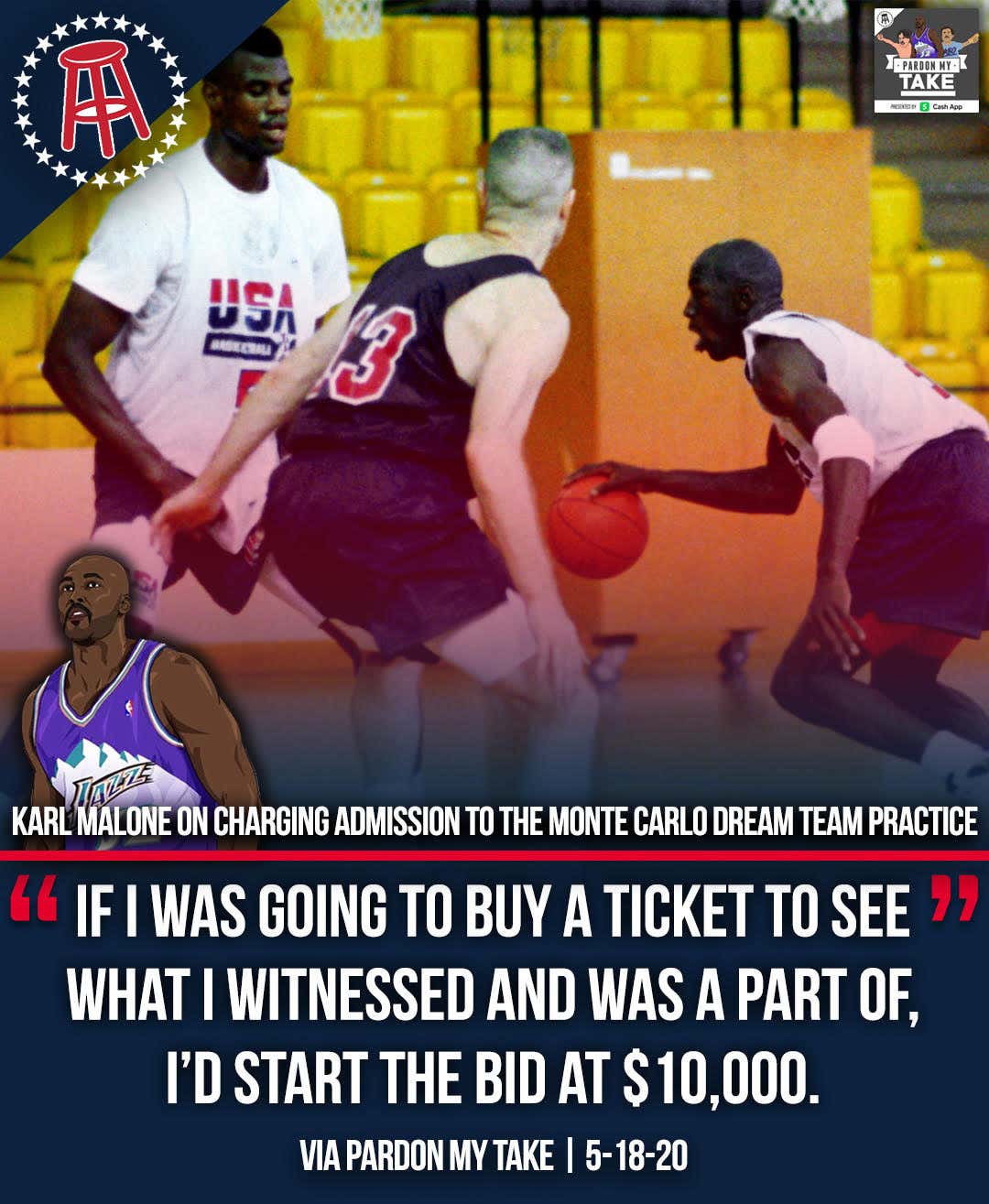 Just an all-around great interview with Karl Malone on PMT today. I've always been a bit obsessed about the infamous Monte Carlo scrimmage, which we saw a bit during The Last Dance. Was it truly the greatest game ever played as those guys claimed it was?

Malone saying the starting bid would be $10000 is outrageous. Add another zero to that starting bid, at least. This is under the assumption that there is only one ticket available, but I think it could get up to 7 figures. Especially if it was seen as a donation to some charity? It could get even higher. The rich have to lower their taxes somehow.

One of my favorite parts of The Last Dance was learning about how truly great some of these players were. I knew Scottie Pippen was very good but did not understand just how good. Same goes for Toni Kukoc. Yesterday, I did a deep dive into John Stockton.....holy fuck was he good. John Stockton has a serious case of being named the best PG of all time depending on what you consider Magic Johnson's position to be. In the shot-clock era (since 1954), among guards, he ranks overall:

-6th in PER, behind Magic, MJ, Jerry West, Kobe, and Oscar Robertson.

While we are here, we might as well do the same for Karl Malone. The Milkman? He was good. Very good. In the shot-clock era (since 1954), among forwards & centers, he ranks overall:

-4th in PER, behind Bob Pettit (lol), Charles Barkley, and Duncan.

-5th in BPM, behind Bird, Duncan, KG, and Barkley.