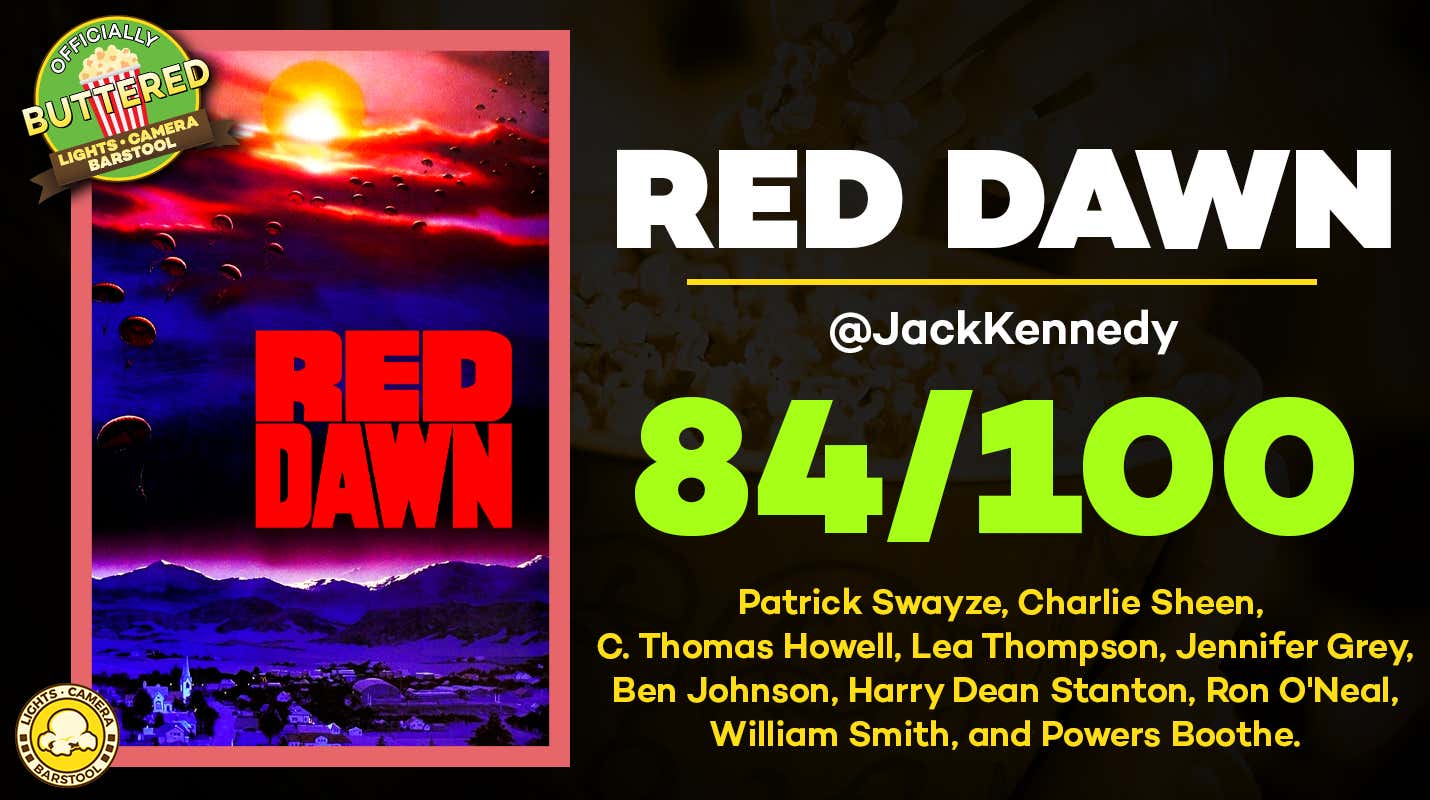 This movie reminds me of watching it with my younger brothers and thinking "Shit, if they could do it so can we!" while our dad pointed out random ambush tactics like Leo in OUTIH.

My dad was 20 when this came out, and I think he still believes he coulda taken the Ruskies if they attacked despite growing up in Nassau County, LI and only ever firing a nail gun. Anyway, I think this movie works really well for a few reasons. The first is that all of the wolverines are cool. Swayze, Jennifer Grey, Charlie Sheen, Lea Thompson, They’re all badass as hell and they correctly didn’t try to make any of them try to do legit acting other than Swayze. His Jed Eckert is a surprisingly rich character upon rewatch. He’s trying to be a good older brother, a good leader, and most of all a good person. You see him struggle with all that plus the fact that he is still a kid, especially when they have to kill Daryl.

The second is that the production value is awesome. They’re firing blanks, the equipment and uniforms all look legit and the sweeping landscape shots of the Rockies are all great. I think that helps take this from shitty B-movie territory to something a little bit past that.

Lastly, the dramatic moments in this hit. The part with Harry Dean Stanton at the fence makes me tear up every time. That, killing Darryl and Robert finding out his dad was dead all worked really well. They don’t try too hard to make the movie something it's not, which I think is perfect. This biggest complaint will always be that, yes, a bunch of teens would get absolutely smoked by trained commandos. But this movie is basically like playing a video games campaign in easy mode, it’s just great comfort food to me. You can call it guilty pleasure if you want, but I think it is a legit movie

Some of the funny/bad parts that stick out are

1. Yea idk why this town in rural Colorado is so important either, or why it warranted a paradrop onto the high school
2. This:

3. How badly Swayze out-acted Charlie Sheen in this movie. It makes me said because, like we mentioned on LCB, I think Swayze would have had an amazing late-stage career. Maybe something similar to Michael Keaton. RIP king.

You can listen to our full review here, as well as our interview with Patton Oswalt which was amazing.