Tonight Reggie Miller got a ton of screen time in the final episodes of the Last Dance. It was almost like they were propping him up as MJ's main adversary, which I don't remember to be the case. Maybe they just didn't want to give any screen time to Karl Malone, who didn't see a stitch of any interviews. Michael Jordan was playing out of this world, but maybe the Alien vs. Predator angle wasn't one the producers wanted to accentuate.

So it was Reggie night. And the more they showed, the more the emotions came rushing back. I spent summers in Chicago as a kid, so I distinctly remember Reggie Miller ruining a couple family get togethers in the summer of '98. Then, 3 short years later, Reggie faced the Sixers in the first round of the playoffs. If you remember that series, the Sixers won, but Reggie Miller hit a game winner in game one.

At that time it was too much for my young heart to take.

When Mike Breen said "Bang!" he might as well have told me he was banging my mom. I went upstairs, probably crying, and grabbed a Pilot G2 .05 pen. Then, like Bruce Willis in Pulp Fiction upgrading from a chainsaw to a samurai sword, put down the Pilot G2 .05 and picked up the Pilot G2 .07. I wanted everyone to see what I was about to write.

I went to my room and found my Reggie Miller Sports Illustrated For Kids poster. It hung between a Todd Helton and a Jorge Campos, which suggested that I didn't care who I put on my wall, as long as they were moderately cool-looking athletes. I started furiously defacing Reggie Miller, but I had to be careful. I had to be scathing and creative, but I had to keep my lyrics as inoffensive as a Will Smith song, lest my parents find out I'd been graffiting curses into the walls.

So I went to town, crafting this masterpiece that undoubtedly belongs in the Indianapolis Museum of Art. 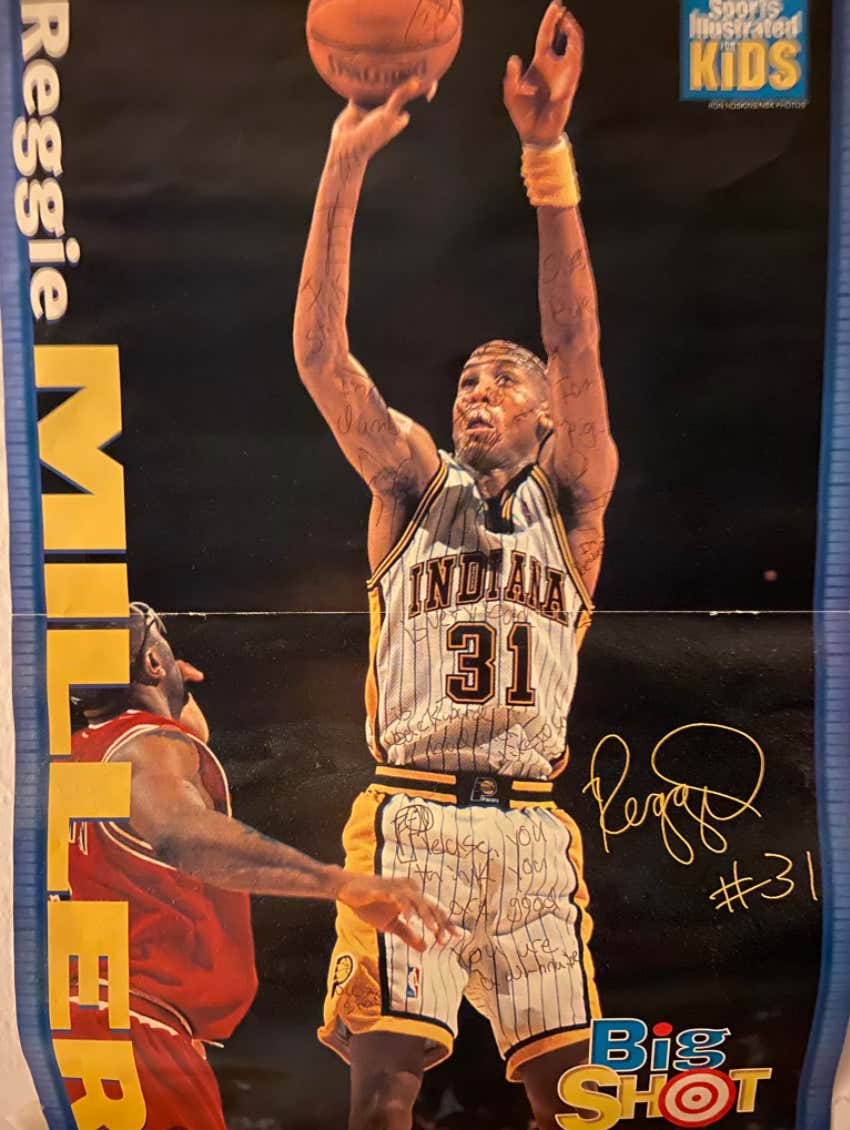