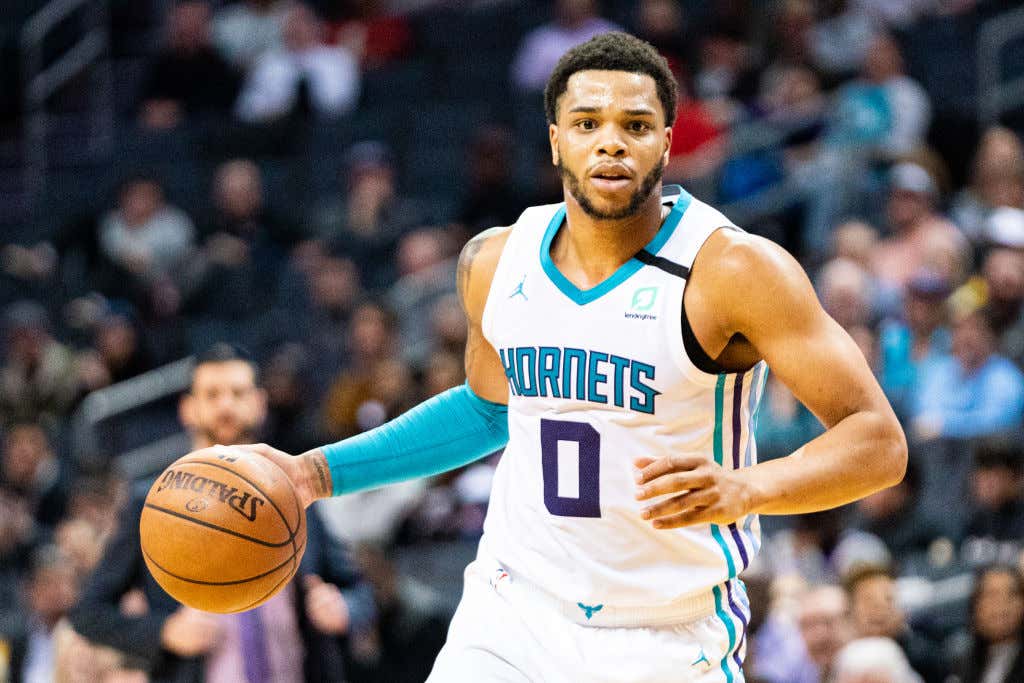 Oh no Miles, think about what you are doing here. On one hand, I love the confidence from the young guy. Chances are you haven't spent much time watching the Hornets of Miles Bridges this season, but he actually had a pretty good year for a 21 year old in his second season

but this is a mistake. Here's the thing, the quote that's being talked about here is old. It's from way back in 2015 which is a little confusing as to why it's coming back up now, but my thought is Bridges may not have known that and just saw the tweet. Either way, even at 57 years old I think we all can agree that challenging Jordan to a game of 1-on-1 will not end well for you. Maybe it's the fact that we get the final two episodes of The Last Dance tonight that is influencing my thought process, but I'm willing to bet MJ digs deep and unleashes mental warfare to the point where would walk away victorious.

Sure that was also a long ass time ago but it's still the same old Jordan. This is honestly a lose-lose situation for Bridges when you think about it. Either he loses to a 57 year old which is never a good look for a 21 year old NBA player, or he beats MJ and then Jordan trades him to a franchise in an even worse situation than CHA. Sure they aren't good but they are certainly not the worst franchise out there right now.

Again, I respect the confidence to throw out a challenge like this, but if we've learned ANYTHING over these last few Sundays it's you do not poke the bear that is Michael Jordan under any circumstances. I don't care how old he is.