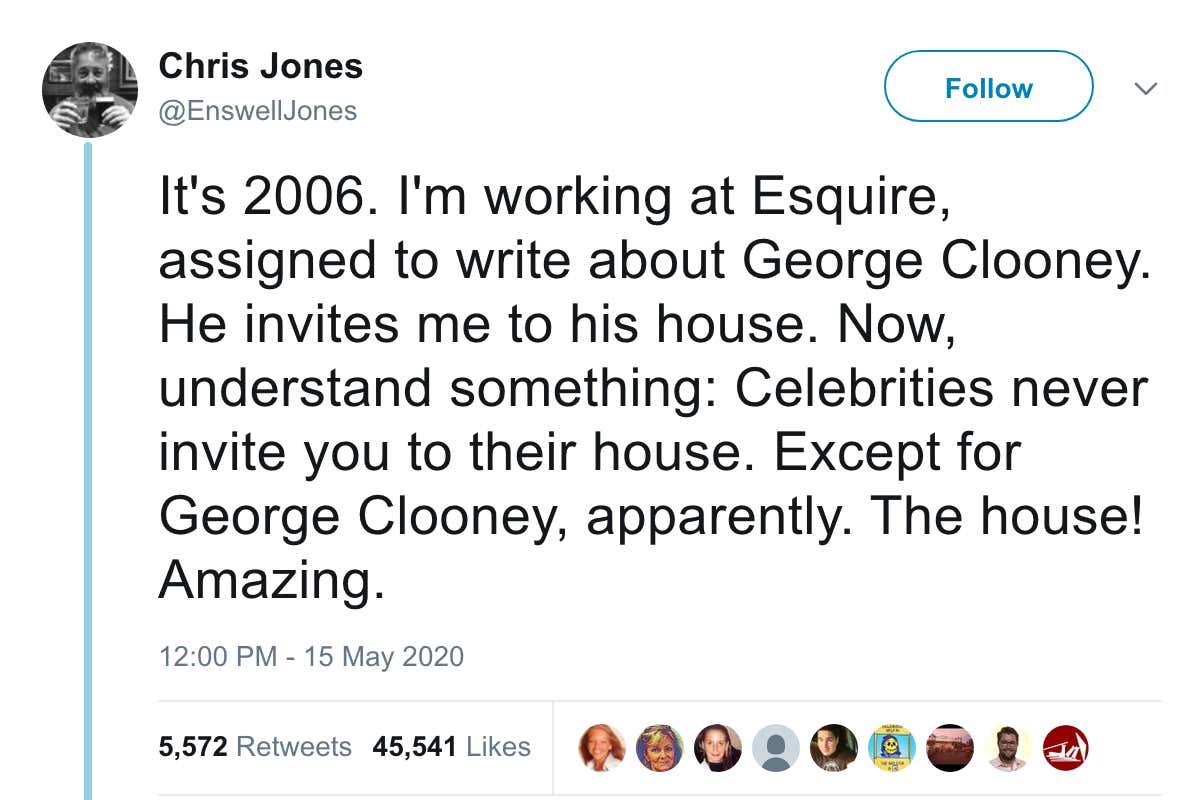 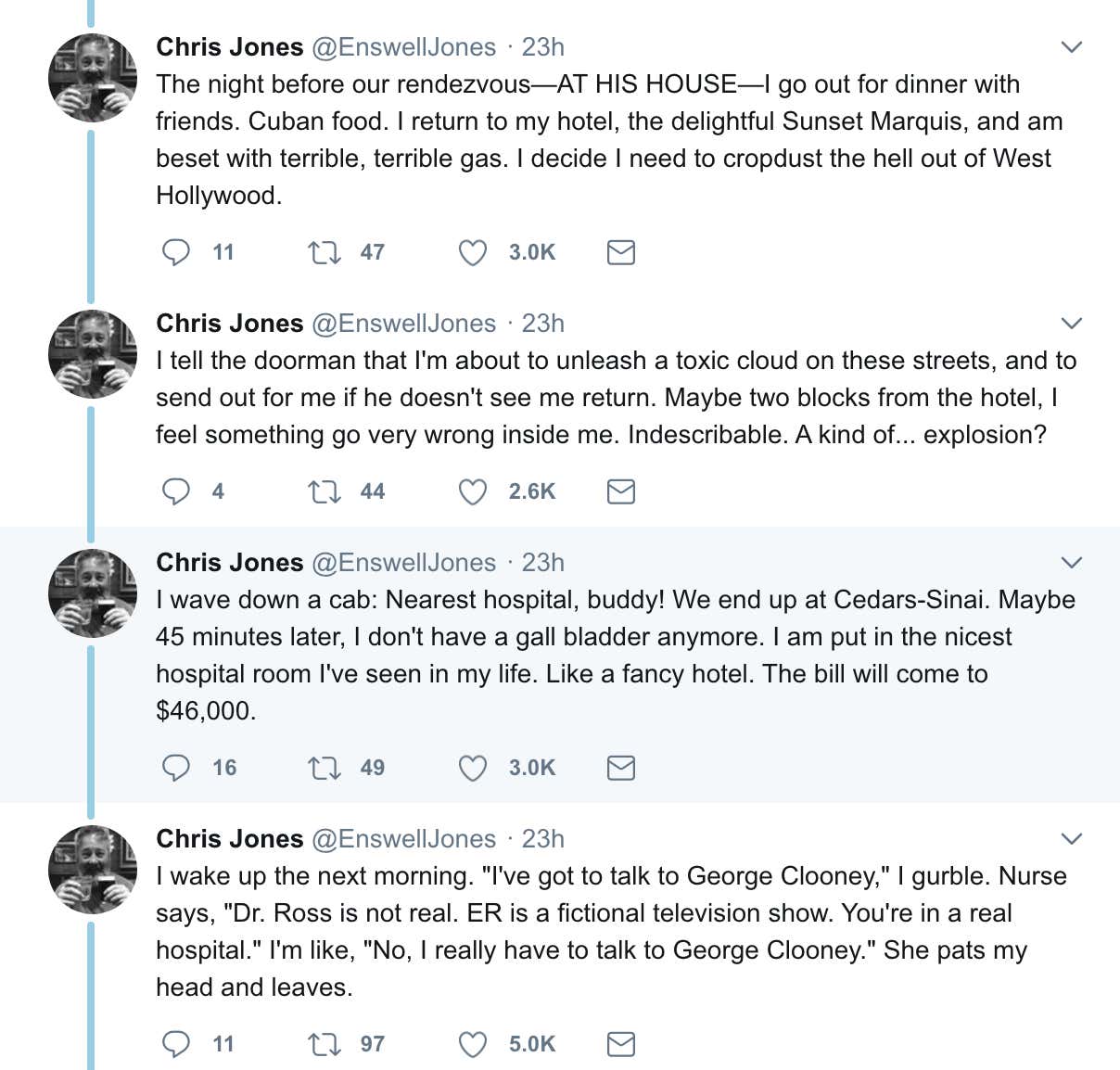 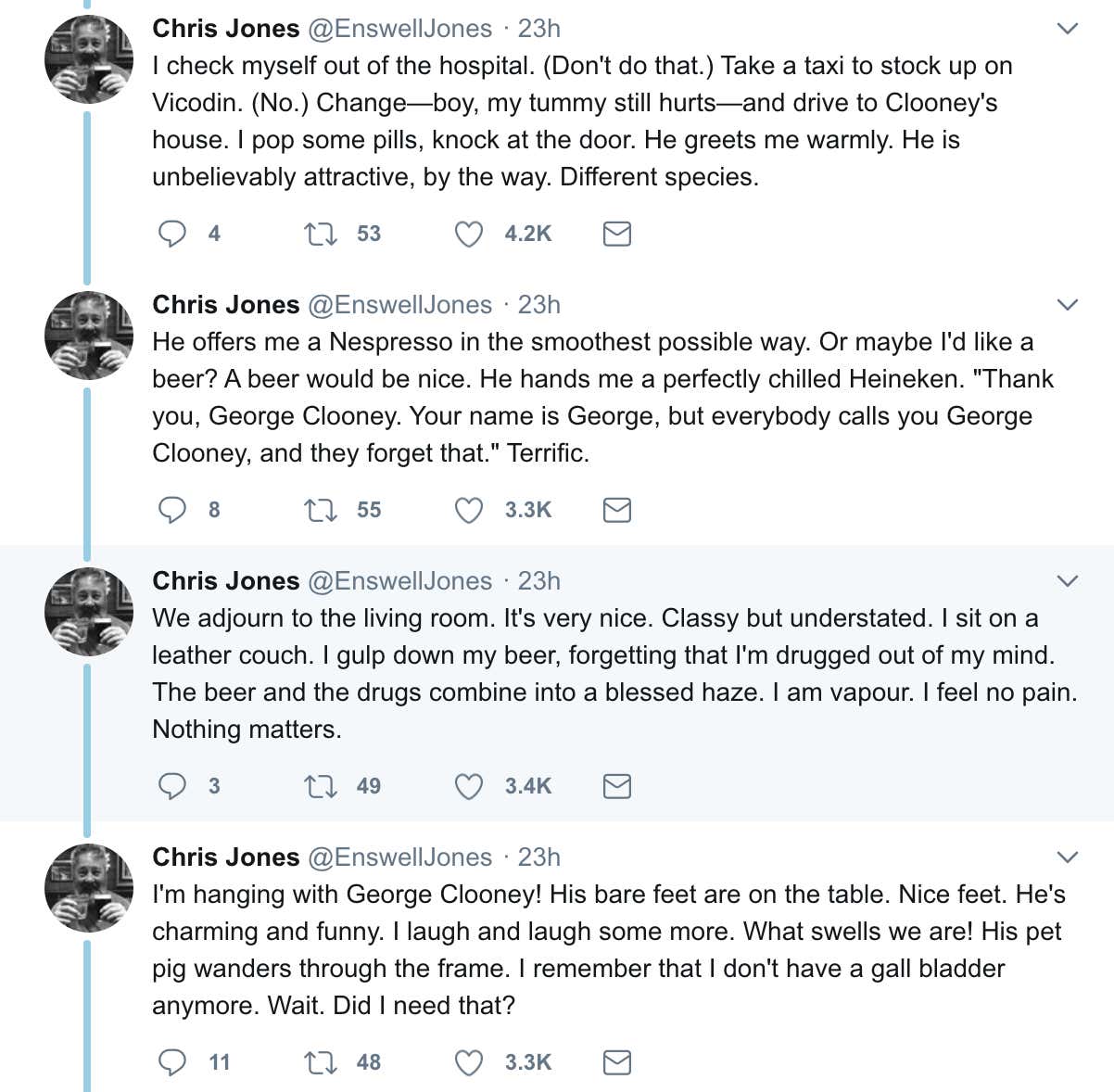 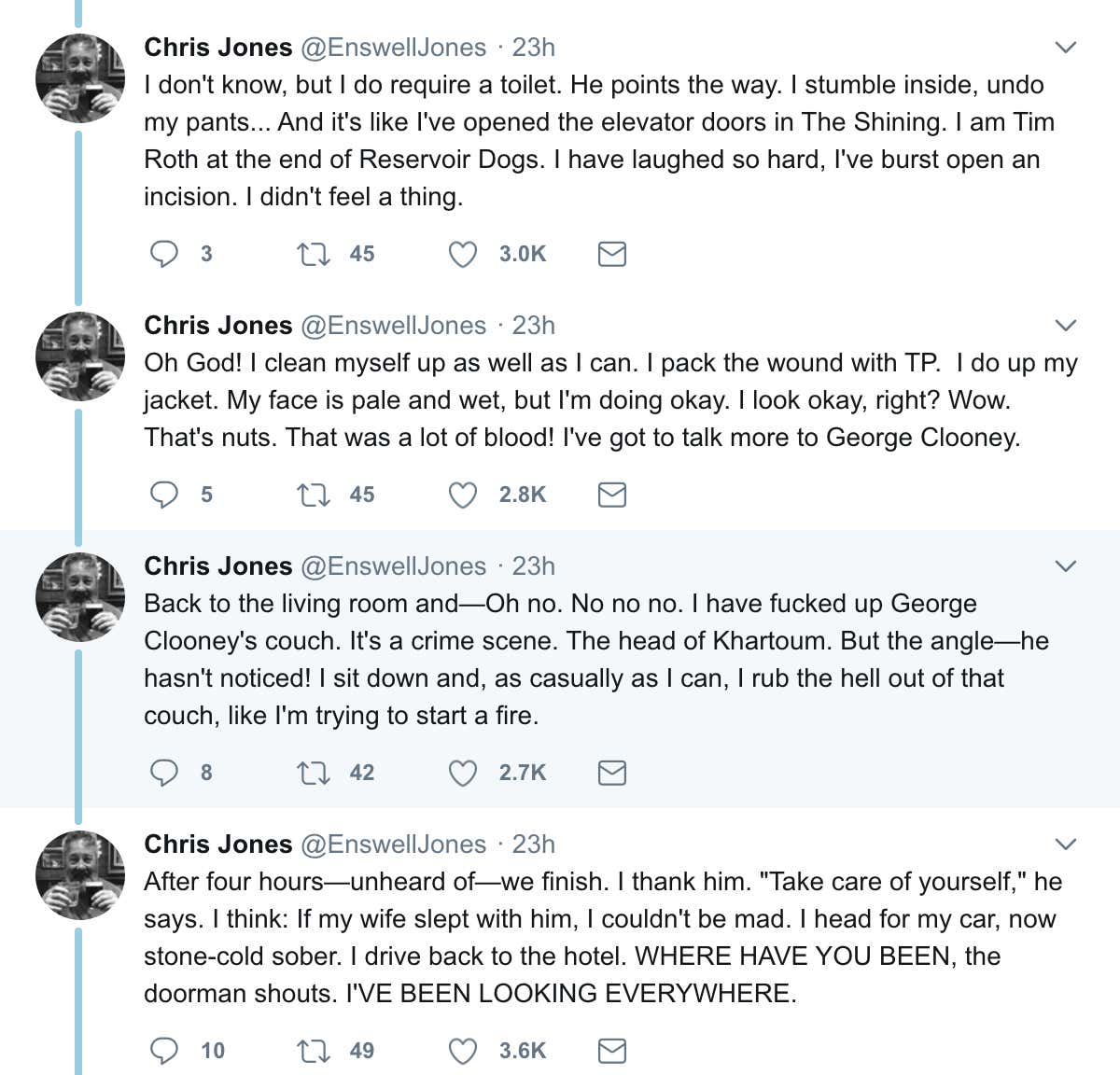 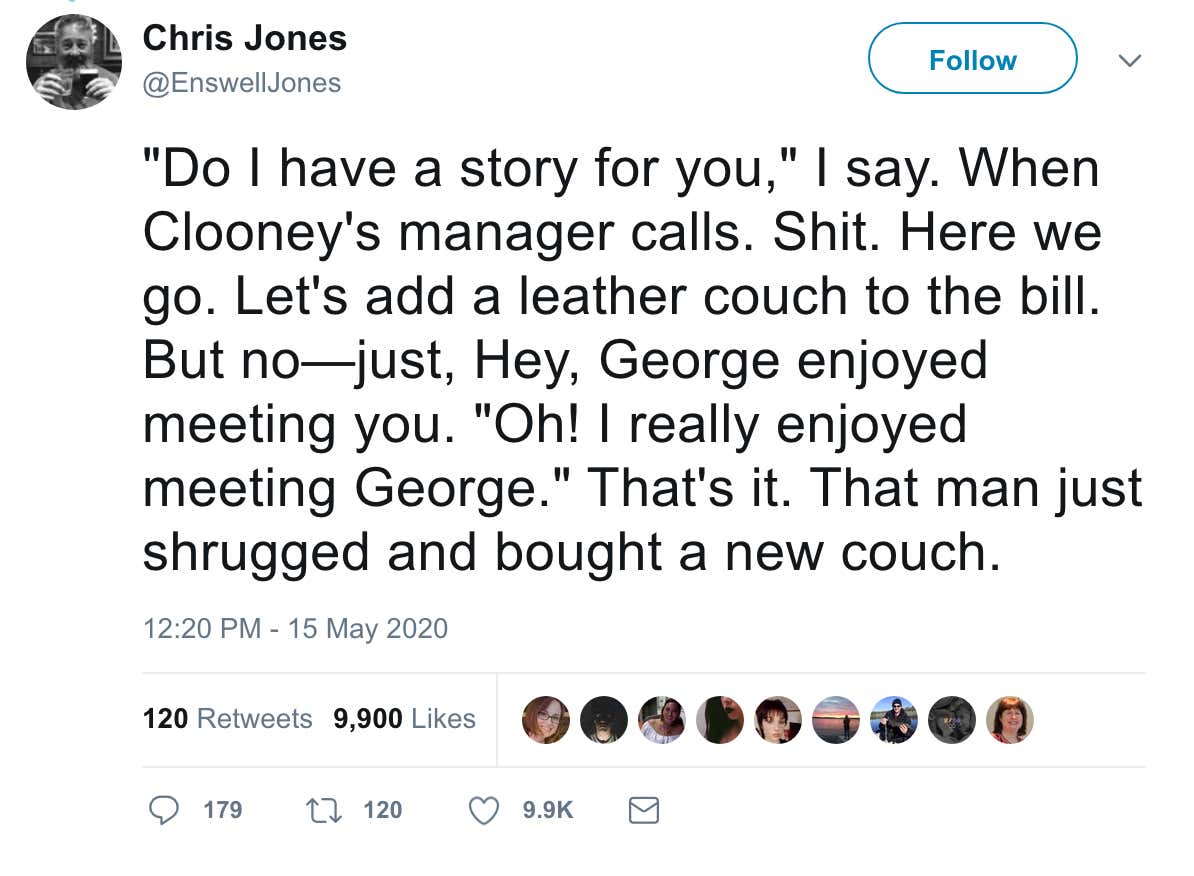 TL;DR - Dude had an interview at Clooney's home scheduled...day before, his stomach explodes and he gets his gall bladder removed...checks himself out of the hospital the next day to still make it to his interview appt...Clooney invites him in, he accidentally bleeds all over Clooney's couch...Clooney never noticed, and never even brought it up afterwards.

This thread went viral and as I sit here stuck in quarantine, looking for positives to focus on, I choose to believe this is real. Like in Miracle on 34th Street - a lie that brings a smile or a truth that brings a tear? I CHOOSE TO BELIEVE.

Particularly because I'd imagine George Clooney has seen it fucking all. You think thats the first time hes needed to replace a couch because of blood loss? For sure not. The amount of bodily fluids that George Clooney has dealt with is astronomical. He's thrown out beds full of Brad Pitt's cum. He's rolled up Persian rugs and tossed em in the trash because Dicaprio pissed on them. He himself has probably profusely bled all over someones couch. When you're single and a megastar for like 30 years, an Esquire reporter high on Vicodin bleeding out on his couch probably doesnt even register as noteworthy. Like the idea that this guy got away with it is laughable. George Clooney, sitting right next to you, doesnt notice you've saturated his couch with bloodshed??? No. He most certainly did. He was just drunk off some homemade tequila that would eventually make him a billion while he was polishing his new Oscar and waiting for whatever slampiece was on her way over. George probably watched the whole thing unfold and was like "Welp, I guess I'm not fuckin on that couch anymore. Thats the 3rd time someone has bled on it." Just another day in the life of one of the greatest men to ever walk this planet.