Welp there you have it folks! DeAndre Baker has turned himself in and now we wait for the U.S. Justice System to take all the #facts and create some good old fashioned American justice. One of those #facts is apparently a shitload of video evidence that works in Baker's favor.

Also, I cannot get enough of DeAndre Baker's lawyer. Not only does he use Instagram with obvious screenshots to post his statements (along with the occasional "affidavits" typo), but he has an unbelievable avi, a great bio, and I THINK may be licensed in bird law. 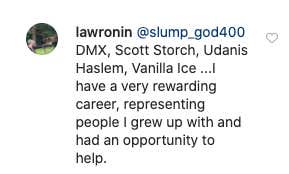 Is sitting next to Kodak Black in his Twitter header 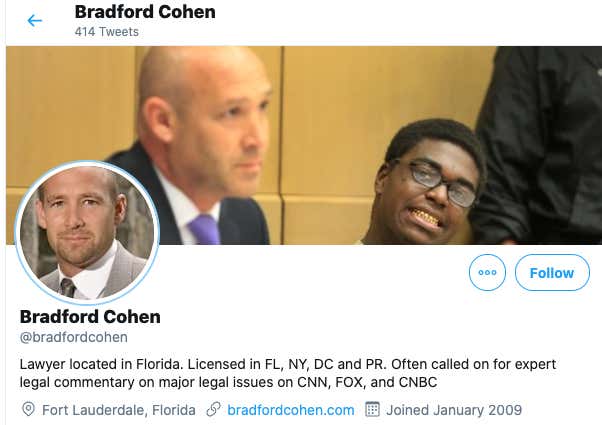 Has a STRONG hashtag game

AND HAS HIS OWN HYPE VIDEO STARRING DONALD TRUMP, DR. PHIL, AND A BUNCH OF TALKING HEADS! 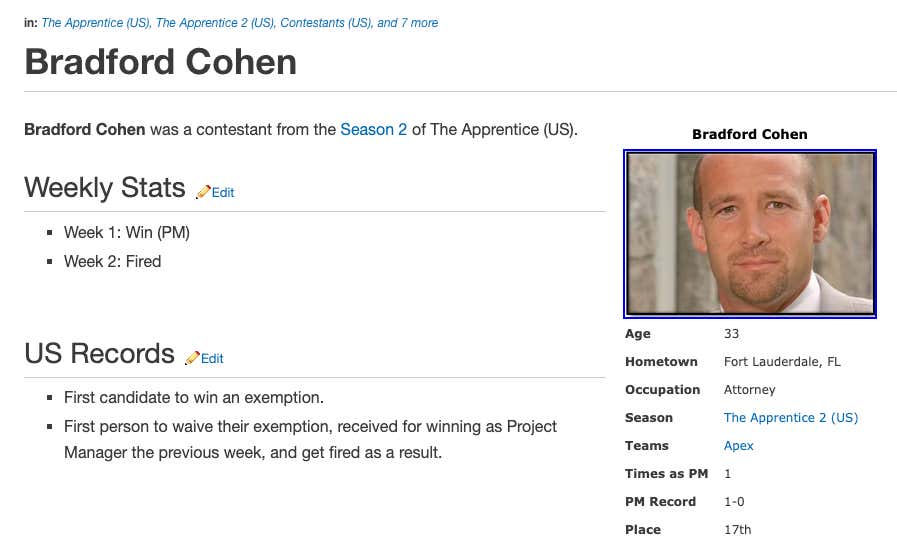 Yeah he just won episode 1 and was fired episode 2. But no court of law would overturn my statement

Sheeeeeeeeeeeeit. With Bradford Cohen at his side, not only will DeAndre Baker be in the Giants starting lineup Week 1, he may actually convince me Baker is going to actually be good this season (at least once he starts showing up to virtual meetings because not even Lawyer To The Florida Stars Bradford Cohen has a chance to defeat Coach Judge in a court of football law).

P.S. Seeing this as the top reply to the statement about my team's starting DB surrendering to police is peak 2020. We are truly living in a simulation.