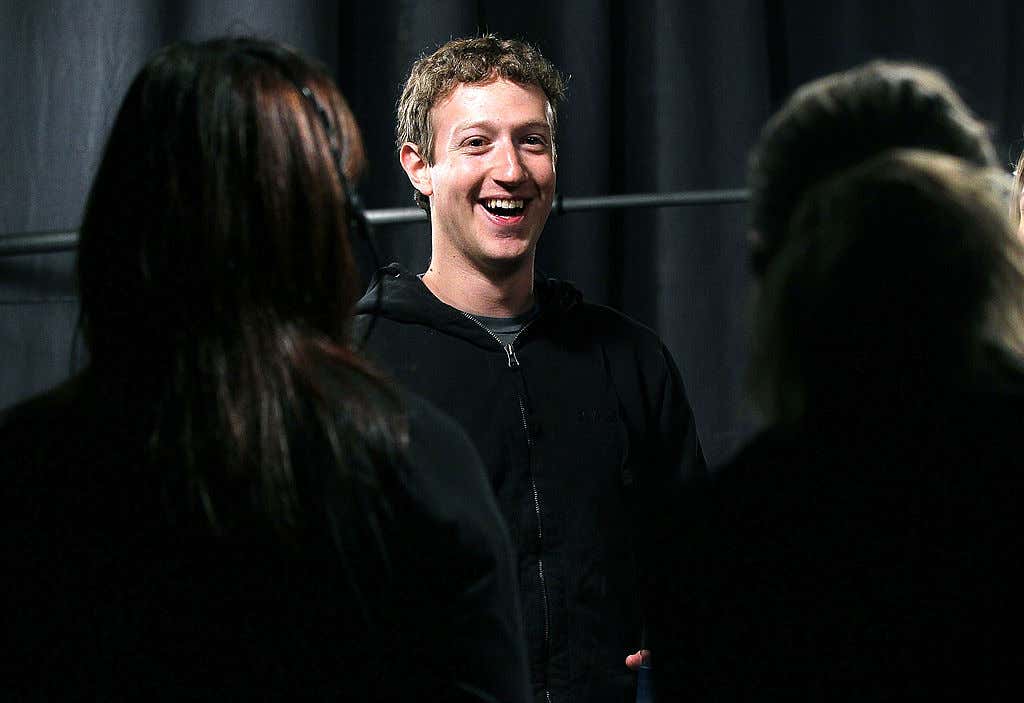 Guys, I have really bad news. You know how I've found it absurd people donate-shame billionaires who donate millions upon millions of their dollars to save starving kids around the globe? Like, sure, you can find the concept of being a billionaire to begin with immoral or whatever your world views are, I'm fine with that. But to hate them when they've pledged to donate 99% of their wealth I always find a bit silly. It's two different arguments that people combine into one.

But as it turns out, I was wrong. Mark Zuckerberg literally just donated $0.13 to his 8 favorite restaurants in the bay area. They have shuttered forever. Every employee fired. In fact, he didn't stop there. Zuck then paid to have bulldozers demolish the restaurants so he could put up his own private ping pong rooms in each location. He then had the bulldozer drivers murdered, just because he can.

Wait, none of that happened, but don't let Business Insider tell you otherwise. Are you ready for the most preposterously written article you've ever seen? It's legitimately crazy.

This is how it starts:

"The couple's donation is about the same as the median US family donating $1.02". Oh dear, here we go again. We've seen these articles before. But this one is special. Let's go on:

BI - Eight restaurants in the Bay Area received a windfall after Mark Zuckerberg and his wife, Priscilla Chan, donated $100,000 dollars to each of their favorite spots, according to a report by SFGate.

It's undoubtedly a nice gesture. The $800,000 donation will likely help keep the restaurants afloat during the pandemic and is a solid cash boost for each of the owners. To their credit, the couple have never been stingy with their wealth — they've pledged to donate 99% of their Facebook shares before they die as part of The Giving Pledge.

What a nice gesture and great article about him keeping 8 restaurants afloat during these hard times. But wait, let's keep going...

My god. I know, I get it, eat the rich, billionaires are immoral, etc. I understand that line of thinking. $76 billion is SO MUCH MONEY. Nobody is denying that. I also crack up that Zuckerberg basically built Facebook because he was a horny, lonely college student and now he influences elections, what a fucking swing of events that was. But anyway, this guy gave $100,000 to 8 different restaurants. He's saving so many people from who knows what- closing down, eviction, bankruptcy, etc. And all people can think about is "well actually, he only donated a dollar". Like, ok, sure, when you cross multiply his enormous amount of wealth compared to Joe Blow, it comes out to a dollar. But guess what, these restaurants are getting $100,000 each, not fucking chump change. Why can't we look at it rationally like that???? Why is that so crazy of a concept? People would legitimately rather him donate nothing and these places close and these business owners lose their life's work just to prove a point. You can hate billionaires but also simultaneously appreciate this gesture.

Yeah, people like Zuck and Bezos are alien robots who have infinite wealth and probably will get injected with lizard blood and live forever and our children will all attend Amazon University. I'm with you. But for a second let's be like "hey, he saved 8 businesses today, that's pretty cool".