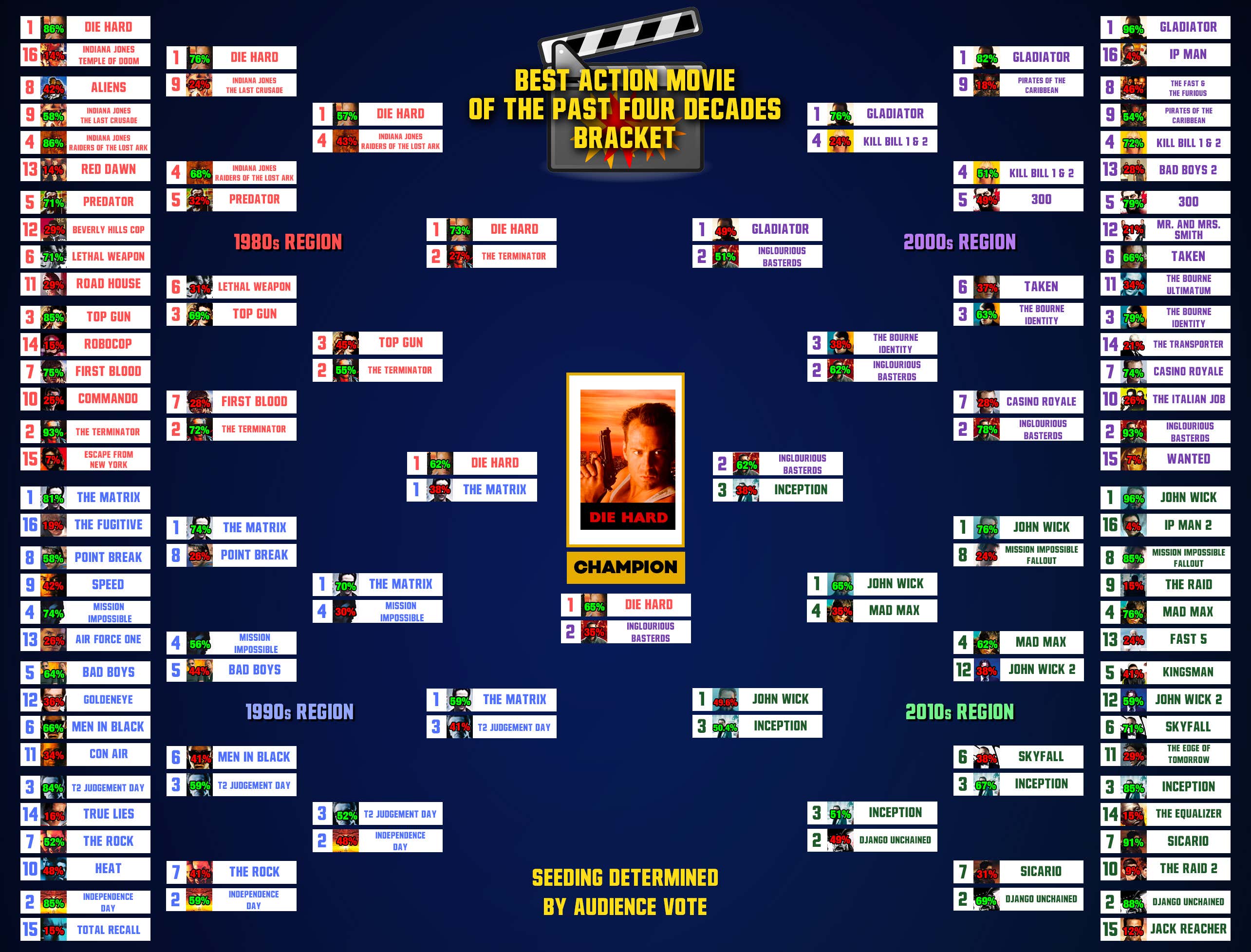 If I had to pick one movie to bet on going into this tournament, it would have been 'Die Hard'. I feel like it is the quintessential action movie, and in many ways a prototype for a lot of the movies that followed it in the genre. John McClane is the ultimate bad-ass character, and I'm happy he got his dues here. Thanks to everyone for participating in the tournament, which garnered an insane amount of votes . I'll do another one soon, but I'll probably seed it myself so that we don't have as chalky a result this time. The only question is what genre? Comedy? Drama? Rom-Coms? Sci-Fi? I got some stuff cooking as we speak.

Make sure to check out some of the other stuff we got cooking as well. We have an interview with Jimmy O. Yang, Movie Trivia Nights where we square off against you guys, and TONIGHT we are doing a fictional 5v5 basketball matchup again. I am so confident in my squad this week that I am practically guaranteeing a W.