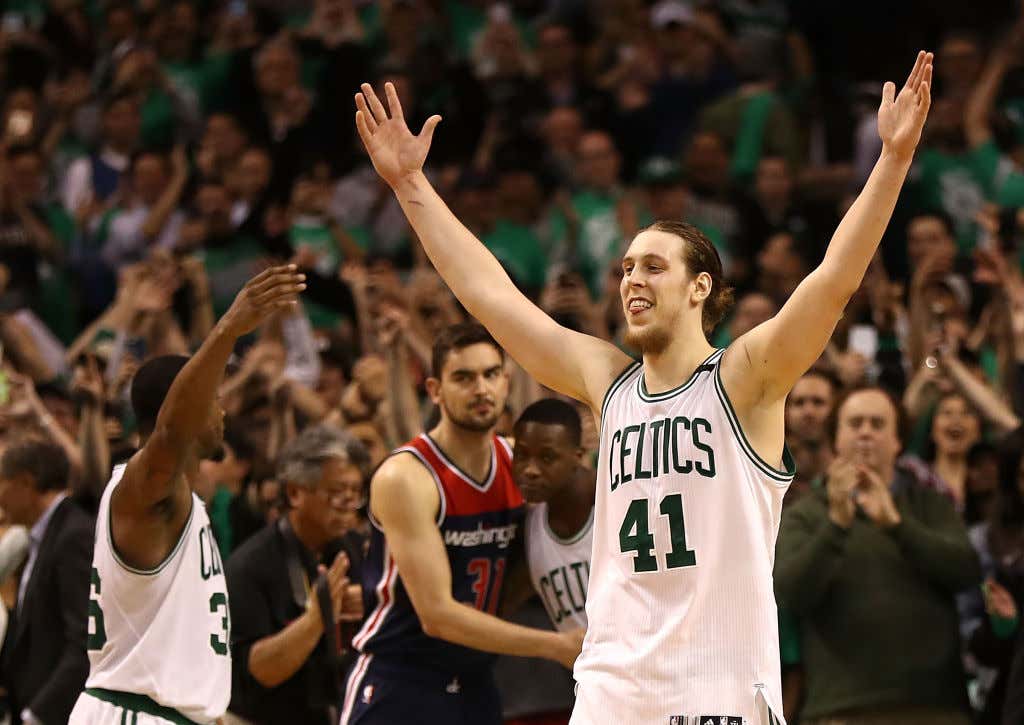 It's hard to believe this all went down three years ago today. Feels like a century ago that Kelly Olynyk became a Celtics legend with his monster 26 points in 28 minutes off the bench to clinch Game 7 against the Wizards. What a series that was, with neither team being able to win on the road, teams dressing up in all black and then losing, John Wall hitting game winners, Isaiah doing Isaiah shit and being his usual stoppable self, and then finally this performance from Olynyk

Incredible. The Wizards had all the momentum after winning Game 6 by 1 at home, but with Isaiah's 29 and Olynyk's 26 on 10-14 shooting, it was one of the best moments from that era of Celtics basketball. Sure, in hindsight it probably wasn't the best idea to pass up on Giannis in favor of Olynyk, that didn't exactly pan out how we all thought, but we'll always have that Game 7.