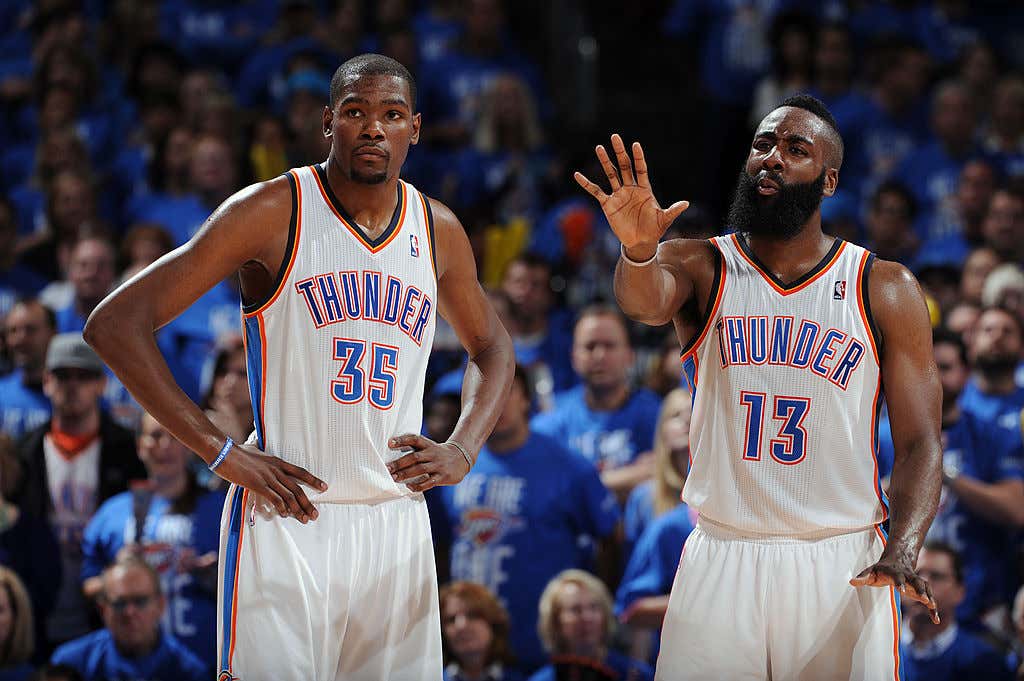 In an effort to continue starting our day with some awesome playoff moments of the past, how about the 2012 Thunder? Man it feels like this all happened decades ago not 8 years. Long before the world hated Kevin Durant and despised watching James Harden play. That Thunder team never winning a title and only making one Finals doesn't seem possible considering they had 3 future MVPs. Well today we're talking about Game 1 against the defending champion Mavericks, you know, when Durant went nuts and hit the game winner

That was one hell of a run by OKC that year. Swept the Mavs in 4, then beat Kobe and the Lakers in 5 the next round, then took down the Spurs in 6 in the WCF. Sure they ultimately came up short against the Heat, but three of those games were decided by 6 points or less. I think we all thought this core would be together for a long ass time and become the next monster team out West.

As we know, Harden left that summer for Houston, they would make the WCF two more times before Durant dipped, then they traded Westbrook. Just like that this era in Thunder basketball with so much potential was gone. They're doing OK now, SGA is a beast and they're better than most people thought this year.

But 2012 was something special, and this game is yet another piece of evidence of why we need the playoffs this year. Give me moments like this again, I don't care when it happens.