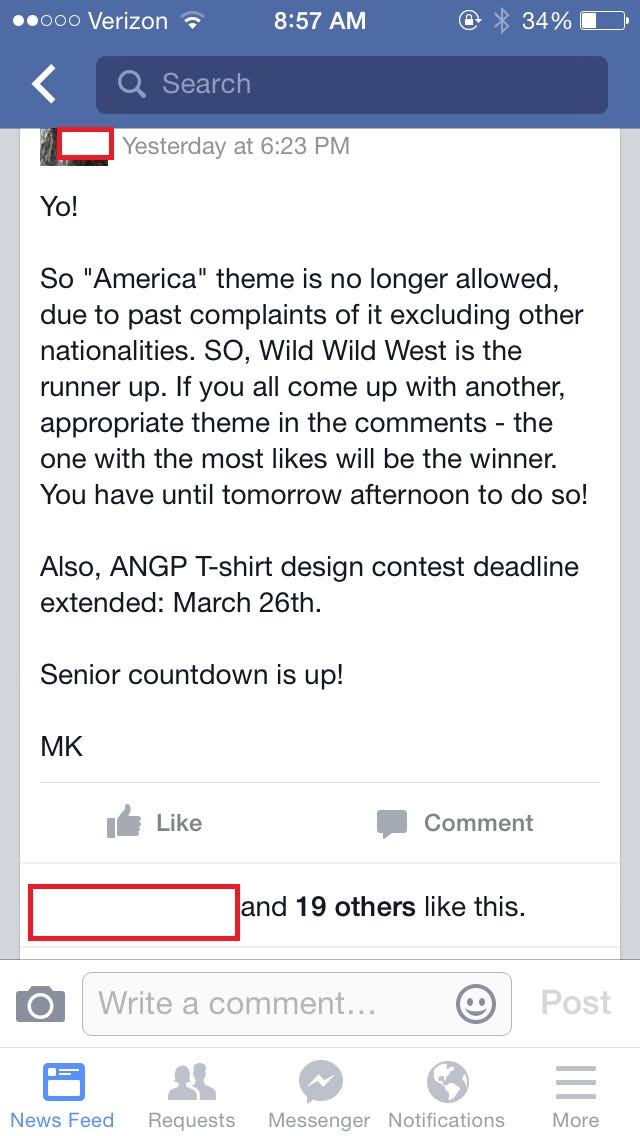 Barstool Jr. Jr – A high school dance will keep its “American Pride” theme after a debate over concerns that people of other nationalities might feel excluded, the school superintendent said Tuesday. Assistant superintendent Carol Pilarski said in an interview with Boston’sWHDH that school advisors suggested students abandon their chosen “American pride” theme in favor of “maybe a national pride theme, so they could represent their individual nationalities. Maybe it should be more inclusive and it should be national pride.” Students complained to WHDH, which quoted one student, Ethan Embry, calling the decision “ridiculous.” The story gained widespread attention because of the idea that Lexington, known for the “shot heard ‘round the world” that began the Revolutionary War, would ever opt out of celebrating American pride. But superintendent Paul Ash told Boston.com on Tuesday that as far as he knows, the theme was never officially changed. He said Lexington was “very proud of its history” and that administrators were “delighted” that students had chosen an American pride theme.

Oops looks like Pres did it again!.  Let Boston.com and WHDH take all the credit for this story.  Let them say this only became a controversy after students complained to WHDH.  Who cares that we broke this story first and made it headline news.  I don’t need the credit.  I don’t even want the credit.  I don’t blog to see my name in lights.  That’s not why I got in this game.  I did it to make sure justice is served.  To protect America.  To be a watchful eye on school administrators. To make sure the town where the first shot of the Revolutionary War was fired is allowed to have an American Pride party.  Well today I served my purpose.  Today I saved Lexington Ma and by extension America. A Dark Knight indeed.