Yeah sure why not? We don't have enough on our plate already, let's bring in the lizards to eat us alive. We're numb to this shit as it is. We heard aliens were real and didn't flinch.

I'm treating 2020 like a nine inning baseball game with their manager having to navigate his way to successfully end the world for good.

The starting pitcher? I think they went with baseball's nuanced way of thinking and went with an opener. Kobe's death. Crippled us as a nation and made us realize no one is safe. Took away a guy who felt immortal to all and really humble us. It was the ultimate "holy shit" moment to throw us off our game.

Next? 2020 needed to bridge the gap towards the later innings with their original starter. Coronavirus. Big ole 'rona has the stamina to get you into the 5th or 6th inning which sets up the rest of the pen. He did his job and gave way to the flame throwing murder hornet in the top of the sixth. Guy would be a closer on most teams with his arsenal, but most teams aren't built like 2020.

The big question is who follows in line. Seems like we may have gotten our answer.

We've got gigantic lizards showing up in Georgia. Typical Godzilla behavior to correct the world for what is wrong. He's set his sights on Georgia with everyone back out in the public like nothing is going on in the world. These lizards are coming from Florida it appears so they're probably riddled with radioactivity. If you live in Florida you're automatically radioactive. That's how it works, read a book. Look at these monsters. Imagine being in Georgia and stumbling upon a four foot lizard? Curtains. 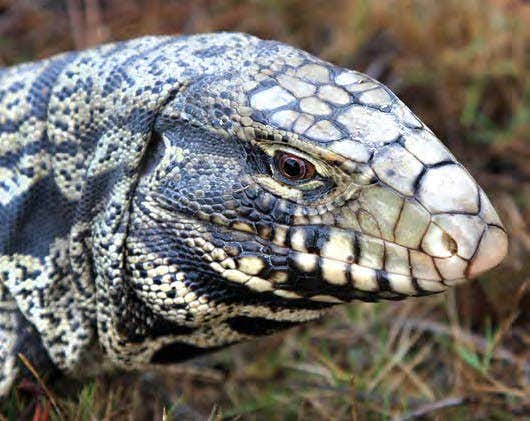 Big G definitely has what it takes to pull off a 3 inning save, but you do have to wonder about the wear and tear on a dude who is 250 million years old is like. Maybe they just give him three outs and let him hit the showers.

The question is who does 2020 turn to following the big lizard. Waiting out in the pen ready to warm up are still giant spiders, dinosaurs, ancient ocean monsters, aliens (who have already warmed up in this game but sat down), the volcano in Wyoming erupting, killer heat wave that causes worldwide blackouts, corona 2.0, and a giant asteroid. 2020's next move will really set the stage for the last third of this ball game. We're all fucked.