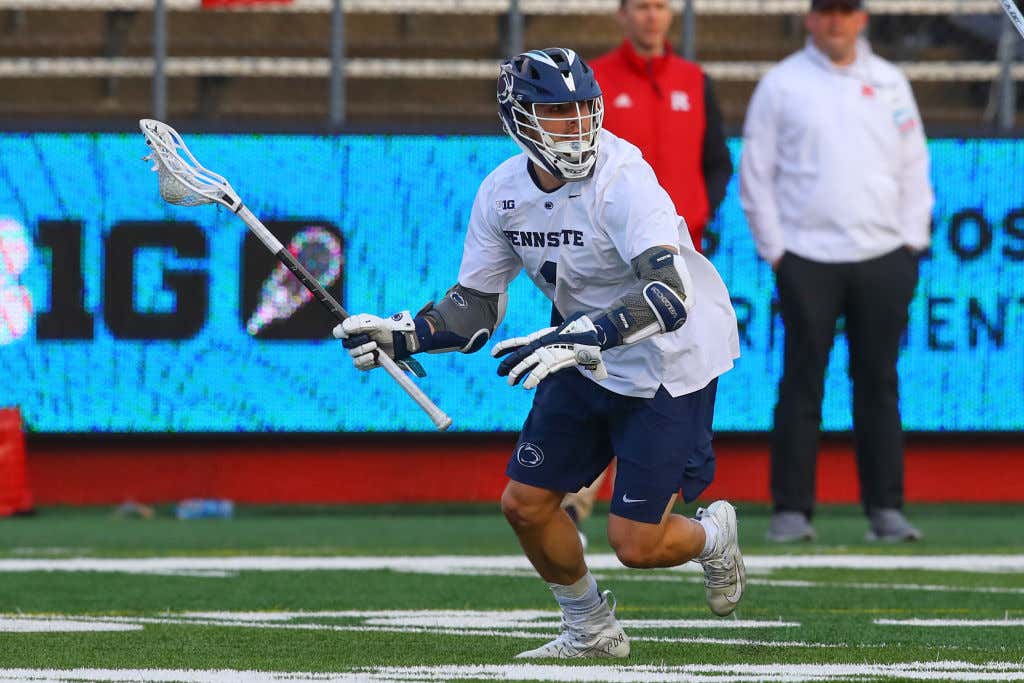 The moment that Grant Ament announced that he wasn't going to be taking that extra year of eligibility at Penn State and declared for the PLL Draft, you knew that he was going to be a member of the Archers this summer. If you have that 1st pick in the draft and the CEO of Shake Shack is sitting there on the board, it's the easiest decision of all time.

This sick bastard had 45 points before the rest of the season got cancelled this year. He set an NCAA record with 96 assists last year as he led Penn State to Championship Weekend. And he snatched an equal amount of ankles throughout the process.

Grant Ament is the quintessential quarterback to any offense. He's a feeder first, but he can dodge and he can finish as well. He's a certified shit kicker and a bully. You've got entire defenses who spend weeks and weeks and weeks preparing for him and trying to figure out a way to shut Grant Ament down, and every single defense has failed miserably in the process. It's a different level in the pros but you give Grant Ament this summer to adjust to the playing style and come 2021, he'll be a favorite to lead the league in points. So good fucking luck to whoever has to find a way to stop him because you're going to look like a fool countless times on the NBC network.

And by the way--it looks like Grant Ament will be the first 1st overall pick to play in the PLL considering it doesn't appear Pat Spencer will be returning to lacrosse anytime soon.

Pat Spencer went 1st overall to the Archers last year but decided to spend his 5th year of NCAA eligibility playing basketball at Northwestern. Today he signed with an agency to play pro basketball. My guess is that he will get a tryout with the Nets since noted lax rat Joe Tsai owns the team. And if he doesn't make it in the NBA, then maybe he'll play overseas for a little bit. But at the very least, I doubt Pat Spencer returns to playing lacrosse this summer.

As much as that sucks for lacrosse fans, the Archers will be totally fine now without him. Because you have Grant Ament at X with Marcus Holman and Will Manny on the attack line with him. He's got bonafide snipers on either side of one of the best feeders on the planet. Holy shit this team is going to score at least 20 in every game this summer.