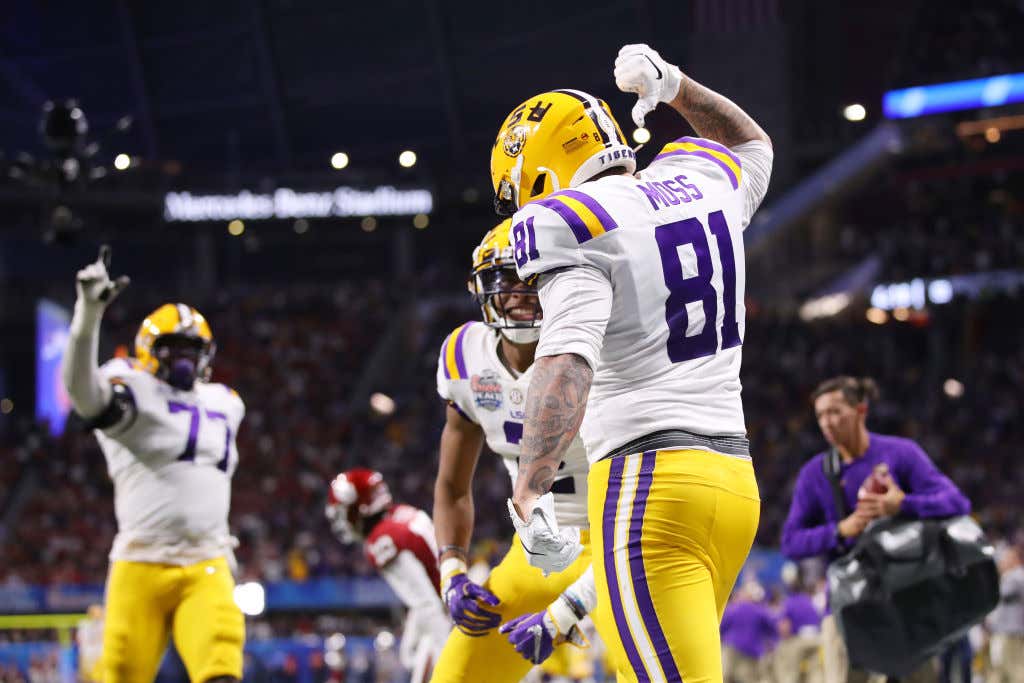 Thaddeus Moss (a guy named Randy Moss' son) spoke to the local media today and we got some good nuggets out of him. First and for most, he made an awesome impression. It must be annoying going your whole life being known only as Randy Moss' son, but he embraces it while also taking it as a challenge to forge his own path and make a name for himself.

Also interesting, the reason he picked the Redskins as an un-drafted FA:

Because they called first! I don't thinkkkkk that's the entire reason why, but it's a good answer. The Skins currently have no capable TE on the active roster, so Moss could see immediate playing time. The QB situation in New England is unclear, and Cincy is well...Cincy (no offense, as a Redskins fan you can turn that right back around on me and I can't say shit). Coming to the Skins and joining a young core with McLaurin, Guice, and Haskins, as well as that entire defense makes a ton of sense for him. Plus he's also good buds with our new Trent Williams

It's likely Thaddeus would have been drafted but he's been dealing with a foot injury and was unable to work out for teams.

Is Moss going to change the TE position as we know it? Probably not. He might be better suited for an H-Back/TE hybrid position because he doesn't have a ton of speed but he can block and has good hands.

We're sort of just going into camp with a bunch of unknowns at TE which I don't love. Moss, Logan Thomas, and Jeremy Sprinkle isn't exactly the 3 headed TE monster that strikes fear into opponents.

A healthy Richard Rogers had 58 catches and 8 TDs for the Packers in 2015, but has been a non-factor in 4 years due to injuries. If he's 100% he could become the starting TE before we know it.