NY POST — Shocking video has emerged online of a California college professor railing at his neighbors along with his apparently drunken wife, who spews a torrent of racial slurs in a confrontation that started because of the smell of bacon grease, according to a report.

Tim Ford, an associate professor of economics at Sacramento State University, and his wife, Crystal Ford, are seen in footage that was first posted on Facebook on May 1 berating their neighbors, according to the Sacramento Bee.

The educator’s wife uses several racial slurs and refers to the woman shooting the video as a “bitch” and gives the couple the finger.

At the end of the video, he tosses his drink at his neighbors’ window.

Nothing we haven't seen before. Wayyyy too many times in fact. All it takes for some people is a little bit of booze and maybe something extra to bring the inner-racist out. The same people who will tell you about the black friend they have and how they don't even see color, get them a little yakked up and they're throwing N bombs at you over something as small as "the smell of bacon grease" (this is, to my knowledge, the first time in human history someone has gotten this angry - angry at all actually - over the smell of bacon). The wife has to live with this video for the rest of her life now, and unfortunately for her that Master's degree isn't going to shed that "racist" label.

What I'm interested in: has there ever been a worse "Do You Know Who I Am?" Like...ever? Ever, at any time, at any point since the invention of spoken language? 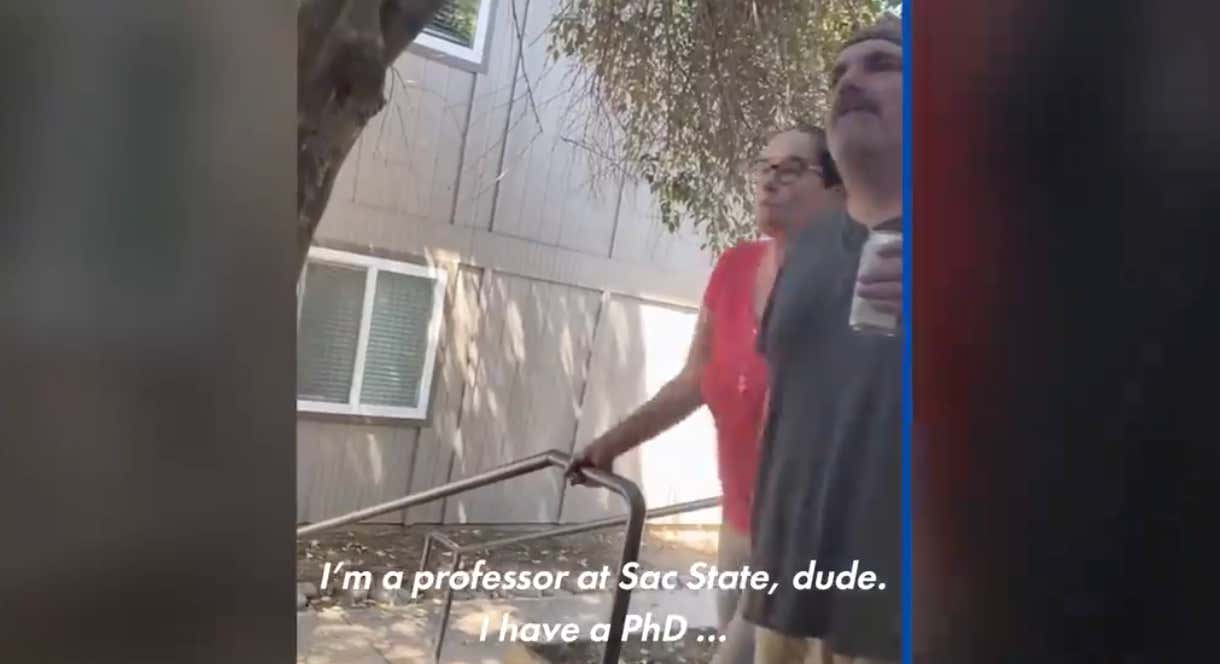 I won't even drop a "I'm Kmarko" to get out of the shipping fees at the Barstool Sports store. I cringe anytime anyone says anything even CLOSE to a "do you know who I am" or "do you know who my dad is."

"I'm a professor at Sac State, dude" — my goodness.

You gotta take a long look in the mirror after dropping something like that thinking it makes you superior to someone. To anyone. There is just no chance a professor at Sac State does not have time for something, ANYTHING, ever.

And for real though, I'll ask again, who the FUCK has a problem with the smell of bacon wafting in the air on a beautiful morning?