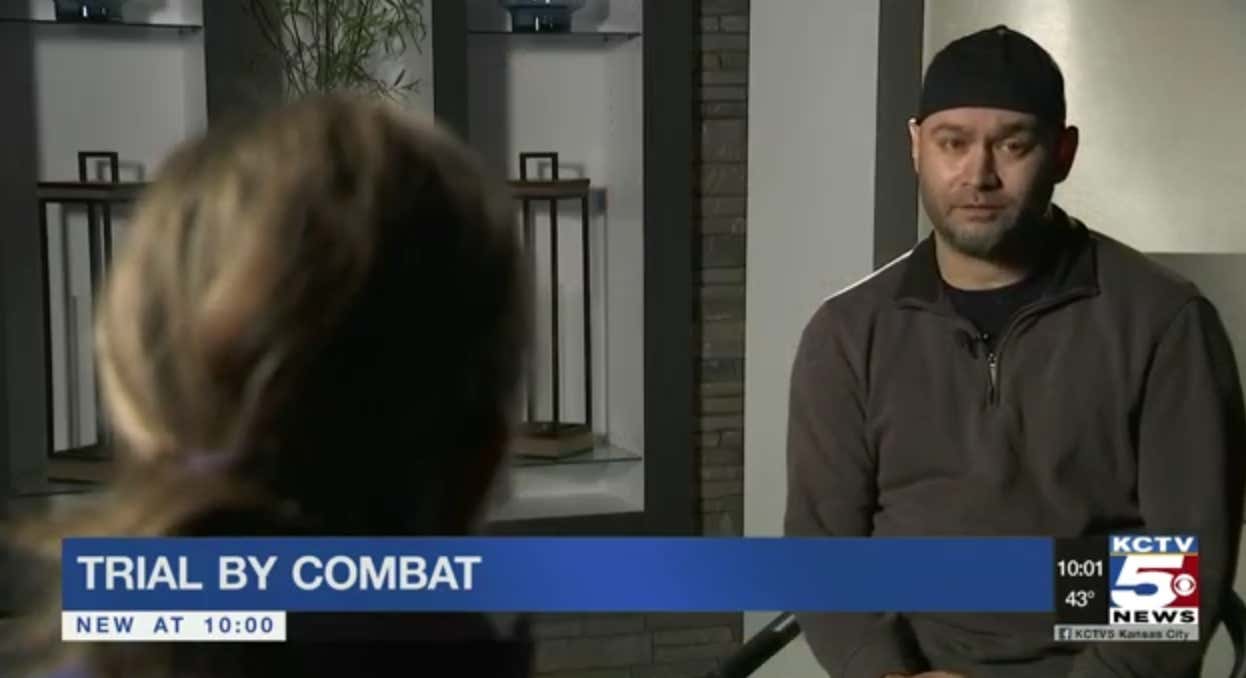 A Kansas man who sought legal permission in Iowa to engage in a sword fight with his ex-wife is not insane but merely angry over their child custody arrangement, according to a psychological evaluation.

David Ostrom, of Paola, Kansas, asked in a Jan. 3 court filing to be allowed to fight his former wife, Bridgette Ostrom, of Harlan, Iowa, and her attorney, Matthew Hudson, so that he can “rend their souls” from their bodies. The Ostroms have been embroiled in disputes over custody and visitation issues, and property tax payments.

Quarantine might be a time where you rekindle a lost flame. Maybe realize how dumb your differences were and how it's time to give this thing another shot. The stupid things in your life are just so irrelevant when you realize what's most important. On the flip side maybe you really do hate your ex-wife and this could also be a time where you find yourself in deep thought to figure out a loophole out of a desperate, sticky situation. Meet Kansas man David Ostrom.

As standard protocol usually goes when facing a stand-still battle with your ex-wife over custody of your children, always attempt to challenge her to a legal trial by combat before exhausting all options. Everyone knows that. It seems quarantine has allowed David Ostrom to zero in on this tactic to see his kids more. Hey, it's an idea, I'll give him that.

The courts obviously had Ostrom undergo a psychological evaluation to see if he was crazy for challenging his ex-wife to a sword fight, but to her dismay he was found not to be clinically insane. He just misses his kids!

I think I'm on his side here? Ostrom claims he only filed his sword fight request to get this story out to the public. I believe him and it worked! He's out of options, what's he got to lose?

David Ostrom had previously told the Register that he filed his “trial by combat” motion to get media attention for his case.

The way I'm seeing things, if he was actually insane and a danger he would have just shown up to his ex-wife's residence with a samurai sword and surprised her right then and there. Because he went about this the "right" way, I really think he's just a dude who wants custody of his kids and nothing else. He's clearly a man of desperation who will do whatever it takes for his children. If granted his request for a trial by combat I'm sure he would have proceeded, but only if it was deemed legally ok. He did ask for some time to get the right swords in case of the event, just to be prepared

He had also asked the Iowa District Court in Shelby County to give him a 12-week notice so he could get the Japanese katana and wakizashi swords he intended to use.

Now he's asking for his ex-wife and her lawyer to undergo a psychological evaluation, even offering that her lawyer could fight in her place if she asked. He's just running through all of the ideas here to get what he wants. We've all been there. Super relatable situation for all divorcees right here.

P.S. Trial by combats should absolutely be a way we resolve our differences in 2020.

P.P.S. Did the wife the botch here by not accepting the challenge and choosing a monster of a human being as her replacement?