Love how anytime I see a squirrel hopping around all nimbly bimbly it immediately tries to keep itself between me and the tree. Kinda like playing peekaboo with an infant where they think, "if I can't see them, they can't see me". It's a great defense mechanism, except they don't realize I don't want to go anywhere near a cuter version of a fucking city rat.

Anyways that defense mechanism works until you have a 125 pussy that can climb and navigate a tree every bit as good as you can. That's why they're them and you're you, squirrel. Better start evolving squirrel, you vermin.

1. No idea who runs the Barstool Outdoors account but that's not a bobcat. A bobcat is like a 20ish pound version of a house cat on steroids. We have them here in Illinois, though they don't get near Chicagoland. They can be found in central and southern IL and they'll rip your face off if they want. 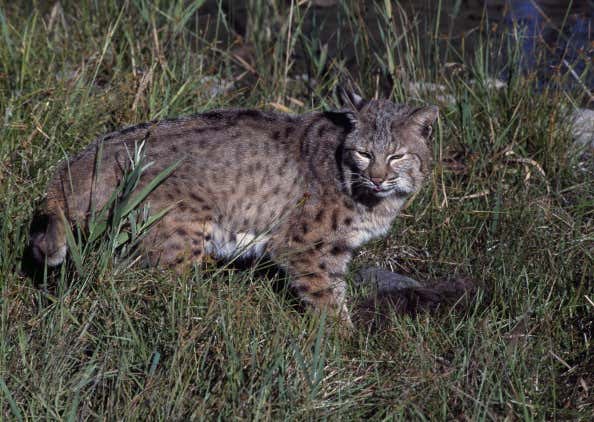 I've said it before and I'll say it again, when retractable claws enter the picture I am #out. I'd take a bobcat in a death match vs. a coyote any day of the week and twice on Sunday. My guess is the cat in the video above is a Panther from Florida judging by the palm trees.

2. Nature videos are the shit and that's a fact. Here's a video of other large cats fighting, eating, and doing anything they can to survive. Perfect way to procrastinate while you work from home: